What English Fans Did While Ireland Were Contesting World Cup '94

It was the Washington Post who first noticed a remarkable phenomenon that coincided with the World Cup 1994.

London bars packed anytime Ireland played, a 24-hour Irish-dedicated radio station started broadcasting from Manchester, a huge influx of people were travelling from the UK across the channel to partake in celebrations. A strange thing started happening prior to the global tournament, the old enemy became a supportive ally.

The British media have adopted Ireland as their very own. Both the BBC and ITV networks have focused extensive coverage on Ireland's team. In the newspapers, it was banner headlines, win or lose, with complete coverage befitting a home team playing on the largest stage in sport.

England did not qualify for that tournament, a national disaster that resulted in the vilification of Graham Taylor. Fans labelled him a "turnip" and threw pints at him, while tabloid publications distorted an image of the then England manager to combine him with that very vegetable. Several headlines labelled it "The End Of The World". As it turns out, life went on, vicariously. 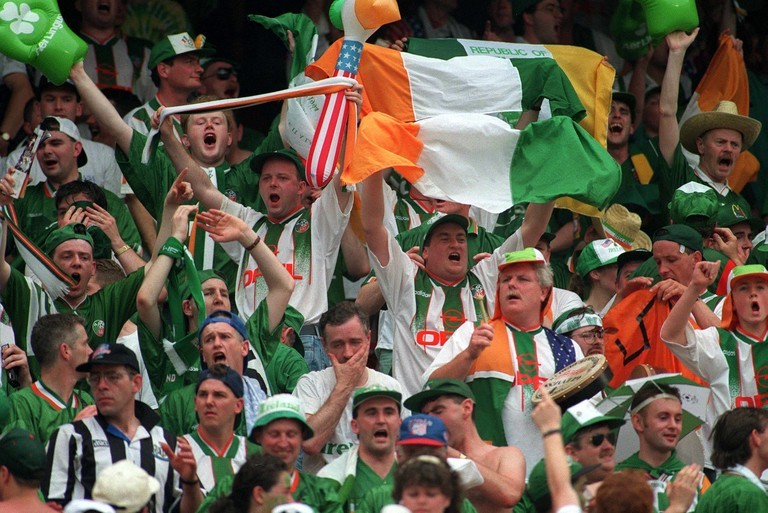 In the absence of a team of their own, English fans began to sway towards Jack Charlton's outfit. Speaking at the time, David Welch, sports editor of the Daily Telegraph, explained they had to reflect that in their coverage.

There's considerable interest in them (Ireland). Everyone assumed the World Cup would be less interesting to people in England because we're not there. I don't think you can say that now. It's been a wonderful event.

The BBC's Chris Bevan said it was a natural response to the circumstances. Ireland were "adopted by many British fans, myself included, in the absence of any home-nation qualifiers".

The British Radio Authority granted Manchester Irish radio a 28-day licence to coincide with the World Cup. That's why 'It's A Great Day For The Irish,' was routinely blared on English airwaves. The station was structured around games with live links to the American stadiums and reaction from Irish pubs.

In many ways, this was the obvious reaction. A team managed by Ireland's favourite Englishman playing an English based style with players who played their club football in England. There was only one key difference between Ireland and England's brand, as John Giles comically summarised; "You see green shirts all around it. That's the Irish game." 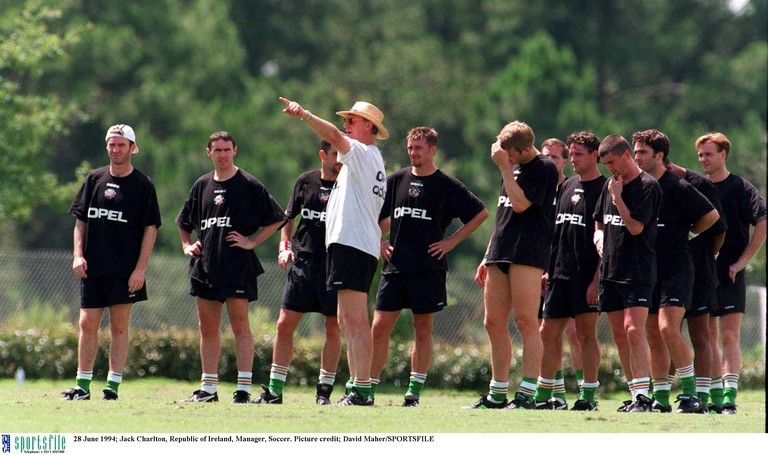 The sentiment was widespread but by no means universal. For example, many of the 1000 fans surveyed in the 'When Saturday Comes' prediction poll expressed hopes that a different country win it, one fan even expressed his desire to see Luton Town raise the 18-carat gold trophy.

The team themselves were conscious of the fact support was not limited to their own: "There will be parties going all over the world tonight," a beaming Charlton told the BBC after their 1-0 victory over Italy. 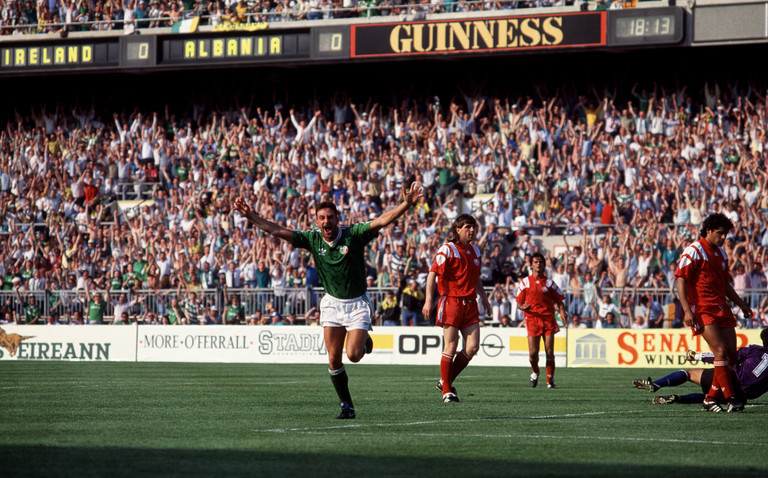 John Aldridge had an integral part to play in Ireland's progression to the last 16. His goals in qualification combined with what seemed a consolation goal against Mexico to make it 2-1 became crucial. In the end, the entire group was tied on points and goal difference. It came down to goals scored, Ireland's two surpassing Norway's one.

Speaking to Balls.ie, the Liverpool legend explains the squad were very conscious of their English following. As far as he was concerned, it was no surprise either: "In Liverpool especially. You know the motto; we're not English, we're scouse!"

The plethora of support is all the more remarkable given what came before and after. In 1990, Irish and English fans clashed on O'Connell Street after a Euro 1992 qualifier at Lansdowne Road. Despite detailed planning between the FA and FAI in 1995, a game was abandoned in Dublin due to the infamous Lansdowne Road riots. We would later learn of just how abhorrent the "fans" responsible were.

In fact, that incident and indeed the support in 1994 showed that the majority were happy to get along and enjoy football.

Ireland would qualify for three major tournaments after that, but England were present at every one. 1994 was a brief intermission, a unique set of circumstances that saw both bands follow the boys in green.

SEE ALSO: How Irish Fans Shocked The World And Filled The Giants Stadium For Ireland-Italy '94