How The English Media Reacted To Ireland's Shock Euro 88 Victory

33 years ago, the Republic of Ireland enjoyed an epic 1-0 win against England at Euro '88.

On 12th June 1988, the Irish press were delivered an unanticipated delight as they witnessed Ireland, on their debut at a major international tournament, overcome England at the Neckarstadion in Stuttgart.

In the aftermath, Irish Times journalist Peter Byrne went to confront a ‘king-like’ Jack Charlton who delivered his famous "Somebody once told me fortune favours the brave and God, our lads were brave this afternoon."

Meanwhile, the legendary Con Houlihan visited Kevin Moran in the team hotel. Moran had just thrived at the heart of the Irish defence to ensure a clean sheet and knew all too well what kind of celebrations would be well underway at home. “I’d love to be down in Kerry tonight” Moran admitted to Con.

But what of the English press?

They had just watched their exceptionally talented side that included Chris Waddle, Gary Lineker, John Barnes, Tony Adams, Bryan Robson, Glen Hoddle and Peter Beardsley meander to an unforeseen loss. Devoid of penetration and impetuous, England enjoyed the bulk of possession yet failed to beat Pat Bonner and could have lost by more had John Aldridge finish a golden opportunity in the closing exchanges.

Steve Curry of the Express was quick to remind his readers of the precise birthplace of the Irish goalscorer, Ray Houghton.

Irish eyes were smiling in Stuttgart last night as Jack Charlton's boys in green sent England's European Championship ambitions plummeting. But it was a Glaswegian with an Irish mother who has played all his football in England who was the unlikely, toast of every bar in the Republic last night.

Charlton has always claimed his best day's work as manager of Ireland was in securing Ray Houghton as an Irish international after watching him play for Oxford.

In the Times, Stuart Jones bemoaned Gary Lineker's "wayward" finishing while clarifying the effect Charlton's notorious 'put them under pressure' had on the opposition.

England’s defensive deficiencies, in contrast to the Irish, were so widespread that even the full backs were coated with a sense of unease. They were not alone. For the opening 20 minutes, every member of Bobby Robson’s side was racked with nervous tension and discomfort.

By the time they had relaxed, the damage was done.

As for the Guardian, at the dawning of the tournament, David Lacey had a choice description for the 'handy' draw England were given that would see them finish bottom of their group with zero points.

[England were] Trying hard to keep their faces straight. A child of eight could see that Bobby Robson and his players have an outstanding chance of reaching the semi-finals, and possibly the final.

Fast-forward to their opening game then, and a piece entitled 'England put to green sword.'

England failed to solve their Irish question last yesterday and now their European Championship threatens to dissolve into an inconsequential summer tour of the West German hinterland.

In the same publication, a significant amount of coverage was dedicated to fans behaviour, as the post-game celebrations was, in places, violated by unsavoury scenes.

By the end of the evening, 44 fans had been arrested, bars, bottles and glasses (one into the face of a young Irishman, who walked into the night streaming blood). But that was by no means the end. After England’s 1-0 defeat by Ireland yesterday afternoon, thousands of fans began pouring back into the city centre- the Irish jubilant and the English singing: “You’re gonna get your heads kicked in.”

To the broadcast media, where ITV had duo Brian Clough and Ian St John in studio to explain where it all went wrong. Baring the brunt of their criticism was star striker, Gary Lineker.

St John: We were sat here watching the second half and England had all the chances.

Clough: He’ll watch it, young Lineker, on video for the next two or three years and wonder how he didn’t get any one out of four chances. Ron Atkinson said on commentary he could’ve scored four quite easily and he could have.

Ireland, who went into the tournament as 50-1 outsiders, would go on to enjoy a more than respectable campaign. A draw against the Soviet Union meant it was all set for Gelsenkirchen, where Charlton's charge met the Netherlands. A late Wim Kieft goal broke Irish hearts and they missed a semi-final spot by a point.

Meanwhile, the shock loss instigated a mass derailment for the Englishman as they went on to loss 3-1 twice. By the end, their captain, Bryan Robson, punched keeper Peter Shilton and the squad returned home to face a typical 'no holds barred' postmortem. 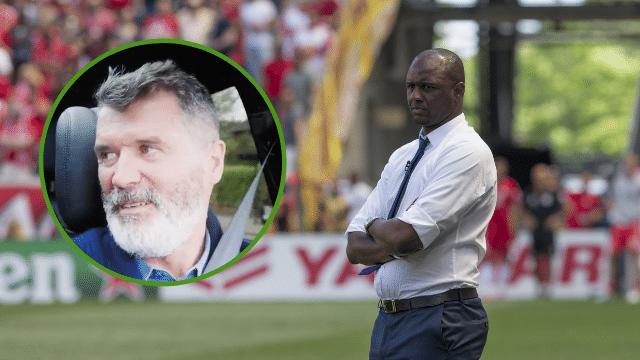 Football
1 year ago
By Michael McCarthy
In Pictures: The Day Ray Houghton Put The Ball In The English Net
36