You've probably heard plenty about an Irishman involved in a League 2 promotion push this year. Wes Hoolahan's exploits at Cambridge have gotten a fair amount of publicity, with his performances warranting a place in the division's team of the season at the age of 38.

But there's another Irish star tearing it up in the division, with another team who've sealed promotion to League One.

The former Rovers man (both Shamrock and Sligo) has had an incredible season, and scored on Saturday afternoon in their final game of the season. It was just rewards for his efforts this season, as his contribution to a 4-0 win helped Bolton seal third place and a place in the third tier for next year.

Bolton fans can start to party! 🎉🥳

Eoin Doyle bends it into the corner and that will be that! ⬆️🆙

He's been a clinical marksman for years in the bottom division in England. He scored 25 goals in League Two for Swindon last year, and followed that up with an 18-goal haul this year for Bolton.

That makes seven seasons in Britain with 10 or more goals in a single season for Doyle - not numbers to be scoffed at.

Players to score 19+ League goals in a season for @OfficialBWFC this century:

The above stat is perhaps one of the most impressive, when you consider that this century has seen players like Nicolas Anelka, Kevin Davies and Jay-Jay Okocha line out for the Wanderers.

All three failed to ever match Doyle's 20 goals in all competitions this season.

It's unlikely that he'll be considered for Ireland selection any time soon. The 33-year-old from Dublin has proven a consistently reliable goalscorer in recent years, and has played a crucial role in getting Bolton promoted this year. If only he was a few years younger.

Bolton were in a grim state this time last year, with the club having spent a season fighting financial troubles and points deductions, before ultimately being relegated to League Two when the season was cut short by COVID.

Off the back of a sensational season with Swindon, they turned to Dubliner Doyle to lead the line as they sought to bounce right back.

He's repaid their trust with style, contributing 20 goals as the Wanderers bounced back up at the first time of asking.

If we're being honest though, he's done the job at every club he's been at.

He's been quite the journeyman throughout his career, but fans remember him fondly up and down England and Scotland - whether it be at Preston, Hibs, or Oldham, he's always been a fan favourite and given the supporters moments to remember.

Oldham's Eoin Doyle has just put Oldham 3-1 up vs local rivals Rochdale with a wonderful lob, but the celebration is 100 times better. ⛳️⚽️ #OAFC #RAFC pic.twitter.com/JfsAr3nzED

😅 3-0 down to Falkirk in our Scottish Cup semi-final, a long-range effort from Alex helped turn the tide. Leigh Griffiths scored either side of an Eoin Doyle strike to beat the Bairns. pic.twitter.com/2BQeckryp0

5 years ago (2 days ago, forgot to post) the Spireites beat local rivals, Sheffield United at the Proact. Goals from Jimmy Ryan, Gary Roberts and Eoin Doyle were enough to give us the 3 points. (Attendance : 9723) #spireites #chesterfieldfc pic.twitter.com/FSKAo3dUk8

We always love to support Irish talent, and you'll probably see plenty of Wes Hoolahan content on your timelines today. But Eoin Doyle has been among the most consistent strikers over the past few years, regardless of the division he's been playing in. 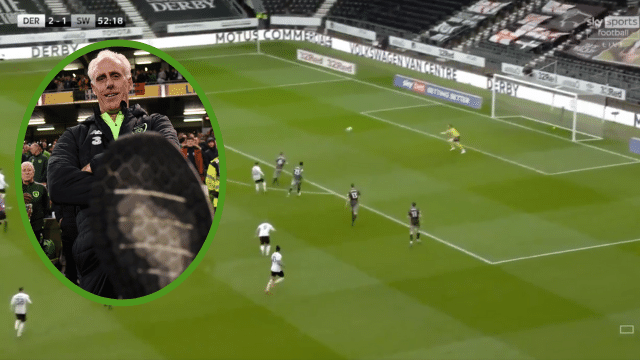