'José Was Not Happy About It, But Nature Was Calling'

Eric Dier scored the first penalty of Tottenham's shootout win over Chelsea in the Carabao Cup last night, but his night will be rememberd for a lot more than the penalty or the win.

76 minutes into the game, Spurs, who were trailing 1-0, and had just brought on Harry Kane to try and rescue something from the tie, were suddenly down to 10 men when Dier raced off the pitch without a word of warning, and went straight down the tunnel.

A slightly put out José Mourinho, who had spent most of his evening to that point scuffling with his old mate Frank Lampard, went after him to the dressing room to hurry things up.

A minute later, Dier was back on the pitch. We're unclear as to how much wiping went on.

The England international spoke about the incident to Sky Sports after the game, where he was awarded the man of the match award, despite his brief interlude.

🗣"Jose was not happy but there was nothing I could do about it nature was calling!" 😭

Eric Dier clears up why he ran down the Tottenham tunnel! 🤣 pic.twitter.com/ze6ibBzKOD

Dier had played in Spurs's 1-1 draw with Newcastle on Sunday, and face a Europa League playoff tie this Thursday. With three games in five days, Mourinho attempted to mix up his team slightly, and admitted Dier won't play in the European game. However, he did useDier's bathroom break as an excuse to have another cut at football's authorities for subjecting his team to such a ridiculous schedule.

Jose Mourinho clears up the situation with Eric Dier going off during the game pic.twitter.com/WHyZXe5HUD

We can all just be grateful that Eric Dier decided to he could make the dressing room and not go to the route of Gary Lineker 30 years ago.

SEE ALSO: 5 Iconic Mourinho Moments From Opening Episode Of 'All or Nothing: Tottenham Hotspur' 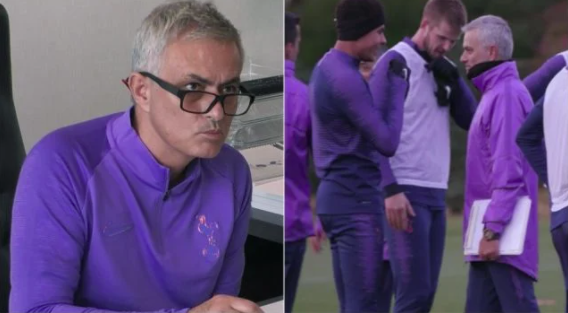