"It Was Blunt. Leeds Rang, 'We Don't See You As Part Of Our Plans'"

To give you a sense of the several frustrations facing Eunan O'Kane right now, before he sits down for this interview he is in the middle of constructing IKEA furniture and that wouldn't crack the top ten.

It is 399 days since the Republic of Ireland international has played a game of football. He is currently out injured with a double leg break that refuses to heal and contracted to a club that has told him he is unwanted.

While the Leeds United midfielder waits to recover everything else keeps moving. This is the longest absence of his career but he is not angry. O'Kane speaks with reason and relaxation. It is not great yet it is not a calamity either. He misses football but does not mourn it. A plan is already in place to return and rebuild. 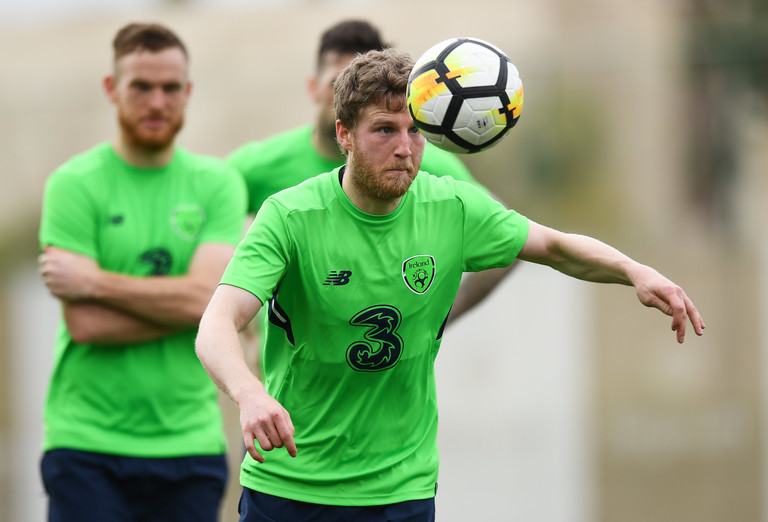 Only one aspect of his injury is truly frustrating; watching Ireland play.

"They are the only team I struggle to watch," he tells Balls.ie with a sigh.

"I just feel like I was around the squad for so long. I spent three years in nearly every squad and only made seven appearances. There are other people who have been in a similar position to me. Waiting for that chance to come and now they are getting it."

"I am missing out in effect or missing out on the opportunity to play. I could have been there, I could have been a part of it. It makes it worse when I am trying to watch on TV, compared to my situation at Leeds. I knew I was not in those plans. I’m effectively not missing anything. I wouldn't play anyway."

Callum Robinson, Enda Stevens, John Egan. Their chances came and they took them. O'Kane just wants to be able to put himself in the frame for that chance.

"Even if I was fit for Ireland, I wouldn’t be guaranteed to play. It is not being able to at least put yourself in the position to have that opportunity, that is the frustrating part." 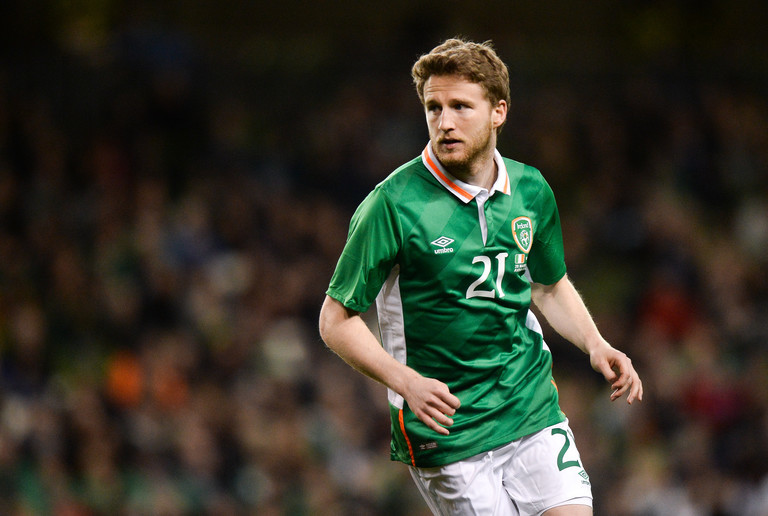 In September 2018, O'Kane broke his leg shortly after joining Luton Town on loan. It was quickly confirmed as a fractured tibia and fibula. The timeline for his return was set at nine to fifteen months.

Then standard practice followed. The loan deal was cancelled, he returned to his parent club and began rehab. All the while he knew he would soon need to find a new club and that lengthy timeline loomed large over all of it.

"It is not something that any athlete wants to hear. Personally, I switched off from football completely because it was difficult to watch. It was hard knowing the end was so far away. The opportunity to play was so far away."

Things got worse. A year in and the leg had not healed. Three weeks ago, Eunan O'Kane went back in for surgery. A bone graft was required, back to square one.

I had been outside running, kicking, jumping. Pretty much doing everything. I think on average I was covering 22 kilometres per week. But between myself and the physio we knew something was wrong.

I still had a limp and it didn’t seem to be going away. We knew I wasn’t ready to go back and play so we went to see the surgeon. He could tell something was wrong.

Despite it all, O'Kane feels good. The mind is rearing to go, the body says not just yet.

"I am fit. I have been on bikes and things like that. I haven’t been lying around which helps. The aim is to be back on the grass in the next two to three weeks." 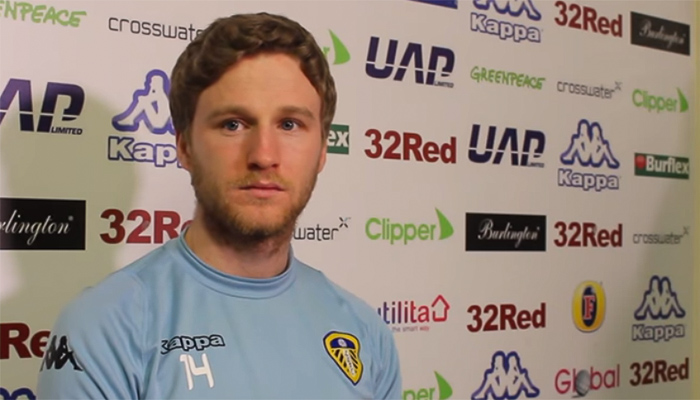 Back on the grass with a view to moving on. Since Marcelo Bielsa took over at Leeds, Eunan O'Kane has found himself omitted. He has not played a minute since the Argentine took control.

That came after 56 appearances under three different managers; Garry Monk, Thomas Christiansen and Paul Heckingbottom. Yes, the rapid conveyor belt of managers through the club felt strange given his prior experience was much more stable but the relationships were positive. They all strived to improve him as a player and that's all he can ask of them.

It all changed in the summer of 2018. The phone rang and a conversation followed. O'Kane has only one word to describe it.

"I don't remember the exact date the manager took charge, but it was that summer and I got a call from Victor Orta (Leeds director of football).

"He just told me straight out. 'We brought in a new manager, he doesn’t see you as part of his plans. It is probably best you look to go on loan or move on to get some football.'

"I was still on holiday. Apparently, he watched all of the games from the previous season and made his decision based on that."

O'Kane's moment of realisation came when he turned 14. Born in Feeny, Co. Derry his time was initially divided between two principal pursuits; Gaelic football and soccer.

If his father had his way, O'Kane would be representing the Oak Leaf County right now and playing in Celtic Park. It became a contentious issue between the pair: 'What are you messing with that for?' his father would ask. 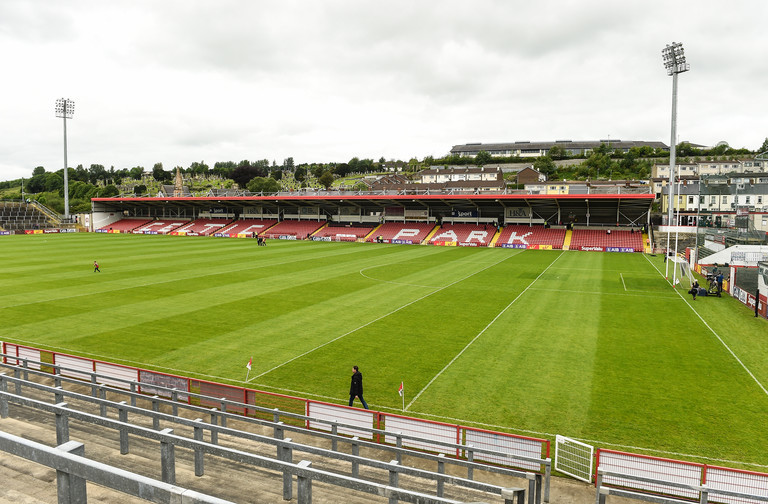 It was only later in life that they had a real heart-to-heart about it. O'Kane discovered the deep dread that was at the heart of his father's frustrations. He had rubbed shoulders with several figures who'd taken up scholarships across the water in a bid to make it in the professional game. It had not gone well for them.

He did not want his son to go the same way.

After his first trial, O'Kane was hooked. This did not have to be a hobby. It could be so much more than that. He could just play football. That's what he did. Over 300 games up until summer 2018.

Then he was told by his club they didn't want him to play for them anymore. Then he got injured. Then he had another set-back and the injury was prolonged. Yet he's pensive about all of it.

"It was hugely frustrating but that is football at the end of the day. How many managers take over clubs and all of a sudden, someone who was playing previously or thought they were an important part of the team finds it has changed. It is part and parcel of the industry we are in."

When it comes to Bielsa, he keeps a wide berth.

"We have never had a conversation. He gets on with his business and I get on with mine."

The Leeds United phenomenon continues to captivate. Whether it be in celebration, chaos or controversy, they are the club that continues to deliver. Eunan O'Kane has enjoyed his time there so far, even when it comes to the more eccentric characters like former owner and chairman, Massimo Cellino.

I think everyone was aware it was entertaining but in terms of Cellino himself, I can't say anything bad about him. Anything he said he would do for me, he did it. He was a character. There are some good stories out there but at face value, with me, he stuck by his word.

He was always honest with me. From a person to person level, I don’t think you can ask for more than that.

That is the thing. From a player's perspective, it is the exact same as the situation with the manager now and not being part of his plans. Obviously it was not nice to hear but at least everyone knows where they stand.

When you ask a club for something and they tell you they will do it but don’t, that is more frustrating. If you are told 'no', everyone is on the same page and you can move on.

The Irishman has recently occupied his time in other ways. He may have chosen one sport but that does not mean he turned his back on the other.

The last few months have been spent closely following the fortunes of Banagher in the Derry Club Championship.

"My dad is the manager of our local club so I have taken a very keen interest in that. I was home last weekend just for it. They played the county semi-final which they were unfortunately beaten in. I have really enjoyed following what is going on." 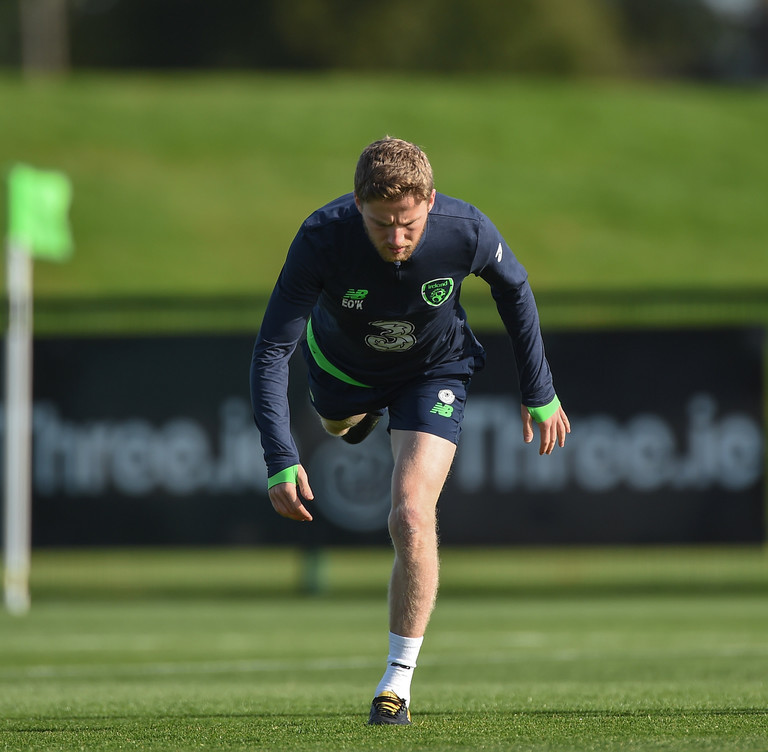 There is more to life than football. There is more than GAA too. O'Kane knows that and believes the fact that he does has helped him through this demanding stint.

"If it was something that consumed my whole life I do believe I would have found it even more difficult."

Like countless others who have departed these shores, he maintains close links to home in ways while wavering in others. Having been raised as an Irish Catholic and attending Catholic schools, moving to the UK soon signalled a move to Humanism.

That explains so much Eunan O'Kane's mentality. He blames no power for his current plight and looks to no one else to resolve it.

"When I moved away to England if someone asked me what religion I was, I would have said Catholic even though I hadn’t been to church for three or four years."

"It was only when I met my now wife, Laura, I actually learned what the term humanist was. When she talked about it I just felt, that is what I am. I don’t really believe there is a god. I have been a humanist for the last few years without knowing the term or realising it.

"I was 23, 24. Around that time I would officially call myself a humanist. Previous to that, I was one without knowing it.

"I live by a set of values to be a good person the same as the majority of the world. There is no practice as such, I go about life the same as everyone else. I make decisions based on the fact I hold myself accountable to them. No one else or any higher power. At the end of the day, hopefully people think I'm a good person when people come across me."

He has set himself a target of Christmas to be fully fit with a loan deal in January to follow. After that, Eunan O'Kane wants to pick up where he left off. Doing what he loves for his club and his country.

"If you are playing well, the Ireland thing will follow. I just want to get back playing football."

SEE ALSO: 'It's Cut-Throat Over There. The Lad Sitting Next To You Is Hoping You're Injured'