It's all about timing. One moment you're dictating the tempo in an FA Cup semi-final against Liverpool, the next you're in the international wilderness. Jack Grealish was being tipped for England's Euro 2016 squad last May, fast forward a couple of months and he's already being ruled out of selection.

Yesterday, Stephen Gleeson made a rather interesting point. Leaving aside the relative quality of the squads, it may actually be easier to break into the England setup at the moment than it is to do so for Ireland. That has to do with Martin O'Neill's rather regimental approach to selecting squads.

Essentially, we know what we're going to get every time a squad is named. Gleeson has been one of those on the outside looking in recently but you get the sense that, if Jack Grealish had declared for Ireland he wouldn't be facing a similar problem. He didn't declare for Ireland, we moved on and the feeling seems to be that he did what he felt he needed to do for himself and his career.

Having said that, with Ireland qualifying for the Euros, you have to wonder if Grealish is regretting his decision. That's particularly the case now that it seems there's no chance that he will be given the opportunity to push for a place in England's squad. 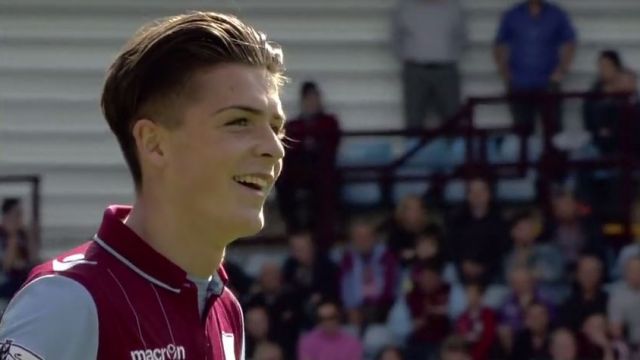 Everything is going against the Villa man this week and now the Daily Mail are reporting that the England camp have indicated that Grealish is no longer 'on Roy Hodgson's radar' until after Euro 2016 at least. It seems the belief is that Grealish is not 'of international standard' at the moment but you would also have to question the timing of this in relation to the latest kerfuffle over his extra curricular activities.

Grealish was filmed 'singing into the camera in an enthusiastic manner' in a Manchester nightclub after Villa's 4-0 defeat to Everton on Saturday. That footage made its way to the Daily Mail and Remi Garde duly sent Grealish to train with the u21s on Tuesday as punishment for his partying.

Gleeson's suggestion that Hodgson is open to looking outside his regular squad for talent may be true when you look at the opportunities that have been afforded to the likes of Fabian Delph and Dele Alli. But with the spotlight on Grealish to such an extent that a night on the town turns into front page news, perhaps it's best for his development that he's not in line for international honours as of yet.

As it stands, he can't actually make his England debut until 2016 anyway as his international clearance has not yet come through. However, his form has been such that it's easy to see why Hodgson would be reluctant to give him the nod. As with Alli, a lot of this is about timing and that now appears to be against Grealish despite the fact that he was so impressive towards the end of last season.

See also: Irish Midfielder Explains Why It's 'Easier To Get Into The England Squad'

See also: Jack Grealish Made His Decision But He's Still Being Torn Apart By English Media