A Debut At 14 To Brighton's First Team At 16, The Rising Star Of Evan Ferguson

On Tuesday night, Evan Ferguson and Andrew Moran made their first competitive appearances for Brighton since moving to the UK. Both Ferguson and Moran are highly-rated prospects, and they are only two of the many who have joined the Seagulls from this side of the Irish Sea in recent times.

Furlong was also on the bench for Graham Potter's side on Tuesday night in their 2-0 League Cup win over Cardiff City.

Moran, the 17 year-old former Bray Wanderers player got 22 minutes in last night's game, just two months after arriving on England's south coast. For Ferguson, a year younger, to come on a few minutes later, represented a real vote of confidence from his manager Graham Potter. You see a 16-year-old in a first team, you immediately think of Wayne Rooney or James Milner. It's a lot of pressure to put on a kid, and Potter will know that and feel he's ready for it.

And yet, for a lad not 17 for another couple of months, Ferguson has been at it a while.

In 2019, Ferguson made his Bohemians debut in a mid-season friendly against Chelsea at Dalymount Park.

While the game carried some significance with it being Frank Lampard's first as Chelsea boss, it was the appearance of the 14-year-old Ferguson that grabbed as much attention on this side of the sea.

He came on as Bohs secured a memorable 1-1 draw against the Blues, with his manager Keith Long noting how impressed he was by Ferguson at the time.

"Evan is a highly sought after young prospect," he said after the game. "There are a lot of Premier League clubs in the UK interested in Evan.

His father Barry played in the League for Longford and quite a number of teams, so he comes from a good background.

He is highly thought of, and this was an opportunity for him to come in and get a cameo appearance tonight, and I thought he did very well.

He obviously looks older than his years in terms of his physique, but he is 14 years of age and will be 15 in October.

It was an opportunity to come in and play and give him a taste what the future may hold for him.

For the goal, it's a nice little step over. Some of his combination play with Keith Ward was quite good, his hold-up play was quite good. He is a talented boy.

Just over two months later, the Meath man would make his league debut for Bohs in a draw away to Derry City as the Gypsies hunted down European football.

His appearance, however, was met with a number of dissenting voices, with some claiming that his introduction, while still just 14, was wrong.

That view was contested by his manager Keith Long, who believed that Ferguson was the best option to bring off the bench at the Brandywell.

"I discussed it with Barry Ferguson [his father, a former Irish youth international who also had a spell at Bohemians] and it was felt that it was the right substitution to be made; it wasn’t a PR stunt because his deal was already done with Brighton," Long told the Irish Times.

“Evan is very level-headed. He wants to come, wants to learn and is pushing for the opportunity to play with us.

He is pushing because he wants to learn, wants to get into a high-performance environment, call it that, because he is going to go into one at Brighton.

He is a good player, a really good player and I can’t say it [using him more in the first team] hasn’t crossed my mind at times because he gives us something completely different.

What a memorable first-team debut for 1️⃣4️⃣-year-old Evan Ferguson against @ChelseaFC on Wednesday.

The #Bohs-SKB U15 star didn’t look out of place - skipping through the Chelsea defence to nearly score himself before later setting up the equaliser. One for the future. 👏🏻 pic.twitter.com/1WmwPyxqva

And it wasn't just Long who was surprised by the reaction to Ferguson's appearance, Bohs' U19 boss at the time Craig Sexton was as well.

"Everyone at the club was a little bit shocked by the negative reaction towards it," Sexton told The42.

I think the first-team staff and especially Keith [Long] and Evan’s parents wouldn’t have let that situation happen if they weren’t comfortable with it.

Everyone was comfortable with it. Keith is a very modern-thinking football coach, he wouldn’t put a young player in that position if he didn’t feel he was ready for it.

Evan’s parents were fine with it, everyone else was fine with it, so I don’t see the negativity around it at all. If people know Evan and have seen Evan play will understand he is capable.

But even at that, the priority was to protect Ferguson from the hype that was building around him.

"I don’t want to put too much pressure on him [Evan], because I think he gets talked about as the next Troy Parrott and things like that," Long explained to the Irish Times.

And that’s not fair on the boy because he needs to just concentrate on enjoying his football while he is still here; play for his country, play for Bohs at whatever age group, be that the 17s, be that the 19s or be that, at times, maybe the first team but we won’t put too much pressure on Evan.

We will try to develop him, we will try to do the right thing by him as much as we possibly can while he is here and then hand him over to Brighton.

And then hopefully he can go over there have a good professional career and hopefully play for his country.

Some progress for Evan Ferguson who could make his senior #BHAFC debut tonight at only 16 years old 🇮🇪💪#EFLcup #COYBIG #EireHub pic.twitter.com/U3wCHHKKiK

And that they did. Potentially shielded somewhat from the fallout of Covid-19 on the football season, Ferguson made his first senior appearance for Bohs of the 2020 League of Ireland campaign on the final day of the truncated league season.

That came as Bohemians clinched a 2-1 win away to St Patrick's Athletic at Richmond Park. Ferguson may have scored in the game if he wasn't adjudged to have handled his effort into the net.

"We had a goal chalked off, and I'm not sure why," Long told Irish Football Fan TV after his side's win.

Evan Ferguson gets on the end of a good cross and move into the box, and I just can't see what the referee sees at all.

He thinks its clear that it was handled into the net but I think everyone who was in the ground knows it wasn't.

It will be clear from the replays that it was a connection from his sidefoot into the net.

That's the only downside to a really good performance.

At the end of the 2020 season, and having propelled Bohs' U17s and U19s to National League finals, he would make his long-awaited move to Brighton complete.

“Evan has progressed through the Bohs-SKB Academy system, playing in our LOI U15, U17 and U19 teams, and he also became the youngest player to ever play for the Bohemians first team," Long said after his move to Brighton was complete.

Under the guidance of Karl Lambe, Rob Doran and Alan Caffrey at St Kevin’s, and later with Ger Browne, Jimmy Mowlds and Derek Pender at Bohs-SKB, Evan has developed into one of the country’s brightest prospects.

Everyone at Bohemians and St Kevin’s wishes Evan the very best of luck with Brighton and we hope to see him representing Ireland at senior international level in the future.

As far back as April this year, Ferguson was already making an impact for the Brighton Under 23s. Not 17 until October, coming into the first team at such a young age seems appropriate for a guy who's always been a little bit ahead of his age.

Delighted to make my debut, cheers for all the messages ❤️ https://t.co/NABiyX0LI6 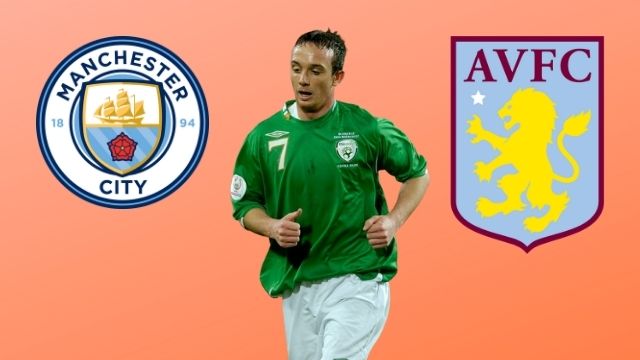 Football
3 months ago
By Jonathan Byrne
Duffy's Redemption Complete As Potter Won't Replace £50 Million White
Football
4 months ago
By Gary Connaughton
After The Year From Hell, Shane Duffy Has Gotten His Mojo Back
37

Football
4 months ago
By Andrew Dempsey
Balls Remembers: The Wild And Abandoned 2001 Friendly Between Brighton And Longford Town
Previous Next