What Ever Happened To Masters Football?

The days of staying home from school or work while sick and enjoying the stars of yesteryear struggle get about a blue indoor-football pitch are gone... But where did they go?

There was something magical about Masters Football, seeing the players your Dad would always bang on about renew their old rivalries in tournaments all over the UK that were broadcast live on Sky Sports.

You'd see Bryan Robson and Clayton Blackmore slagging off Dion Dublin while a match was still going on, you'd see Gary McAllister taking it way too seriously and looking like he could still do a job or most Premier League sides, and on rare occasions you'd see an international special and get really, really into it.

So why is it that Sky Sports no longer show it, or that no Masters Football event has been held in the UK since 2011?

The answer, simply, is because people stopped turning up. Sports centres in Birmingham and Nottingham used to get a few hundred people in the gates, but you could see that the crowds were waning, and eventually they just stopped coming. Watching Masters Football for an hour when you've feck all else to do on a Sunday is one thing, going and making a day of it is another altogether.

It's not gone entirely, it still has a website www.mastersfootball.com and a Twitter account, but the site is rarely updated and the events are now exclusive to locations like Hong Kong, Singapore, and Thailand.

#Retweet this video if you want to see your favourite #PremierLeague #Legends back on in the UK #MastersFootball pic.twitter.com/VTjLxm32pg

And the 'Masters' need to be paid.

You can't ask the likes of Ian Rush, Peter Beardsley, and Michael Mols (Rangers always had a really strong team) to show up and play a tournament just for the craic so that Sky Sports can film it. Sadly, if the people stop coming, the events don't exist. Especially without the backing of Sky Sports.

There appears to be no information online about any Masters Football event being held in the UK after the year 2011, and after calling a phone that rang out and emailing an address to receive no reply, it seems that information on the fondly remembered events are extremely scarce.

But you can still catch a few seemingly random clips on YouTube.

The format was straight forward, regional tournaments where the finalists advanced to a national final, with the odd international tournament thrown in. In the UK, it ran from the year 2000 up until 2011.

It always seemed as though Liverpool had the best teams on paper, but that wasn't always reflected on the podium. 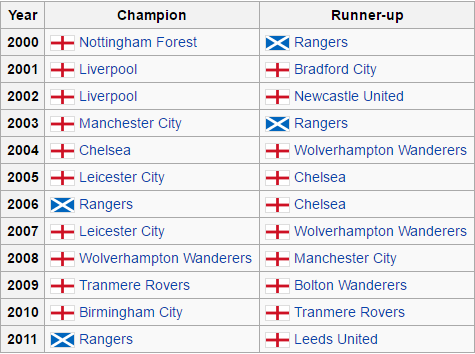 Would you watch it if it was still on television?

Of course you would. As more and more players retire, the over 35s tournament would have seen some fantastic teams put together. Well, actually, they are being put together...

Paul Scholes is heading out to Singapore on November 12th of this year for a tournament. The Masters Football team appear to be based out of Singapore, as clearly there is still an appetite for the event out there.

Just for fun, we've picked our ideal Ireland Over 35 team of recent(ish) retirees that we would absolutely love to see go up against Ryan Giggs' Wales or Sol Campbell's England in a six-a-side battle... 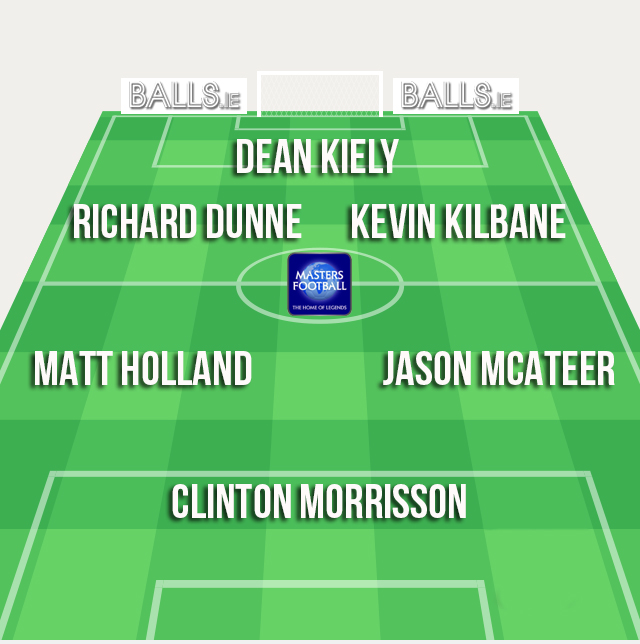 It would be seriously cool.

It seems a shame, however understandable, that it's gone from our TV screens, as there are probably a significant amount of recently retired pros that are crying out for a competitive outlet.

For now, if you watch to watch Masters Football, your best bet is to catch a game while ridiculously hungover from a Full Moon Party on a holiday in Thailand, or by waiting for the Paul Scholes highlights to pop up on your twitter timeline.

SEE ALSO: Balls Remembers: The Complete Story Of How Dublin Almost Got A Premier League Team