Tommie Hoban is refusing to give up on his Premier League dreams – and hopes his next step on the return to the big time starts at Rugby Park on Sunday.

The 26-year-old has been a stalwart for Aberdeen this season but if his original plans had worked out, he would never have crossed Hadrian’s Wall.

The former Arsenal and Watford youngster had ambitions of becoming a star name in England and things appeared to be on track for the Londoner as he burst into the Hornets’ first team aged just 17.

But two cruciate ligament injuries – the second while on loan at Pittodrie two seasons ago – left him fearing he would have to hang up his boots early.

He spent a year without a club after being released from Vicarage Road but since being given the chance to resurrect his career on a short-term deal by Derek McInnes earlier this year, Hoban has not let the Dons boss down with a string of solid displays earning an extension until the end of the campaign.

Given his injury past Hoban knows he can only ever look as far ahead as the next match.

But that does not mean he has admitted defeat when it comes to his dreams of making it big down south.

“It was very tough not knowing if I’d be able to salvage my career,” said the centre-back.

“Things started pretty well down at Watford but the levels I was hoping to play at haven’t quite materialised yet.

“Every time I’d keep coming back from injury, something else would come up, it was mentally very tough.

“But I had a good support network around me which kept me strong. Deep down I felt I could never stop until I literally can’t do it anymore.

“I’m just really happy that Aberdeen have given me this opportunity to play football again.

“Hopefully I can keep getting fitter and stronger and repay them back with my performances on the pitch.

“I do still have those aspirations of playing in the Premier League. I think if you lose them then you lose what it’s all about. When you start playing football as a kid, you dream of playing at the top level and I still do dream of that today. I still feel I have a chance to get there.

“But the only way I’m going to get there is by staying fit and playing well, and that starts with the game on Sunday at Kilmarnock.”

He added: “It’s great to be back playing as there was a time five or six months ago where I wasn’t sure if I would be back at this level.

“My body still wasn’t feeling great but thankfully I seem to be overcoming all of that now.

“I’m just trying to take it one game at a time. Hopefully if by the end of the season I’ve chalked up 30 or 40 games.”

There could be another spur for Hoban and his team if they can claim the victory at Rugby Park which would see Aberdeen move level with second-placed Celtic.

The Hoops would have two games in hand but Hoban reckons the sight of his team sitting level on points with last season’s champions is just the shot in the arm the Reds need as they chase down second place.

“Mentally seeing ourselves up there level with them in the table would give us a massive boost,” he said.

“I always think the table never lies and seeing us level with Celtic would show we are as good as them.

“We’ve still got to play them three times before the end of the season and those games will be massive, so it’s vitally important we keep ourselves up there in the meantime.” 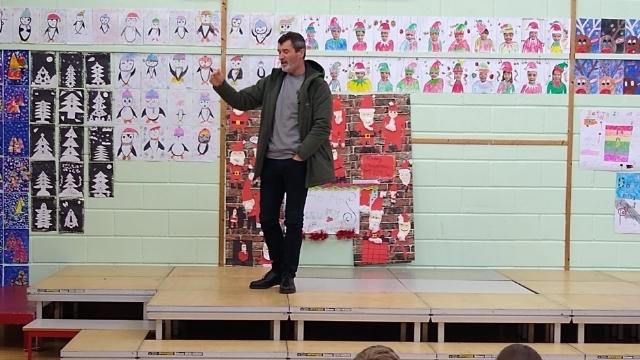