The Most Exciting Irish Prospect At Every Premier League Club

There are some very exciting Irish players making their breakthrough in the game at the moment, and you might not have even heard of many of them.

Every single Premier League club currently has an Irish youngster on their books, many of whom are making major waves at youth level.

We have picked the best Irish prospect at every team in the English top flight, mostly sticking to players who have yet to make a first team breakthrough.

It is also worth nothing that there have been no international games at U19 level or below since the end of 2019, so don't worry if some of these players have not featured for Ireland in a couple of years.

McGuinness, a 20-year old centre back, has spent this season out on-loan at Ipswich Town, making 18 appearances in League One.

The English-born prospect has been at Arsenal since 2011, making his Ireland U21 debut in November of last year.

Hailing from Cork, 19-year old Tyreik Wright looks like a promising prospect. He moved to Aston Villa in 2018 and has gone on to star for their U23 side.

He made his Ireland U21 debut during the recent friendly victory over Wales.

Evan Ferguson is without doubt one of the most exciting talents in Irish football at the minute. Moving from Bohemians to Brighton in January as a 16-year old, he has already made waves in the club's U23 team.

His recent brace against Liverpool was just a glimpse of what he can offer. Certainly one to keep a close eye on.

Dara Costelloe joined Burnley from Galway United in February. He made his debut in the League of Ireland First Division as a 15-year old back in 2018.

A left winger, he has made seven appearance for in Premier League 2 in recent weeks.

English-born Nunn first came through the academy at Crewe Alexandra, moving to Chelsea for £300,000 in 2018.

Since then he has been in a fixture in their underage sides, with the forward netting one goal in 16 games this season. He most recently featured for the Ireland U18 side in March of 2019, with the side's fixtures severely restricted due to the coronavirus pandemic.

17-year old Omotayo Adaramola has been in fine form for the Crystal Palace U18 side this season, making 19 appearances in the league. The left back has scored one goal and assisted three more in that time and recently signed his first professional contract at the club.

Born on Merseyside, striker Thomas Cannon has been in fantastic form for Everton this season. He has scored six goals and registered three assists for their U18 side, also making the step up to their U23 team during the campaign.

He featured for the Ireland U19 side during their most recent fixtures in November of 2019.

18-year old Ollie O'Neill has put together an incredible season at Fulham. Operating at centre midfield, he has scored twice and registered nine assists for their U18 team.

He has been capped by Ireland up to U17 level, while also signing a professional deal at Fulham last year.

Bray has made four appearances for Leeds at U18 level this season, although he has not featured much in recent months.

The 18-year old is used mainly as a right midfielder.

Defender Shane Flynn could be on the verge of a first team breakthrough at Leicester City, making the bench for a number of Europa League and Premier League games in recent times.

The 19-year old was also drafted into Jim Crawford's U21 squad for the recent friendly against Wales having made 19 appearances at club level this season.

Kelleher is the oldest player on this list at 22-years old, with there being very little other Irish representation at Anfield at the moment.

He is a fantastic prospect, with the player making five appearance for Liverpool this season. He has every chance of being Ireland's first choice goalkeeper by the end of this year.

It was too difficult to split these two, with both Gavin Bazunu and Joe Hodge set to have big futures in the game.

Bazunu has been in fantastic form on loan at Rochdale this season, also impressing during his first two caps for the Irish senior team last month.

Hodge was named Manchester City's scholar of the year recently, and while he has yet to feature for Derry City after joining the club on loan, he has the potential to be the type of ball-playing midfielder Ireland have been crying out for in recent years.

1️⃣ year ago, 16-year-old Joe Hodge scored this CRACKER on his #IRLU19 debut at #U19EURO in Armenia

A native of Coventry, attacking midfield Charlie McCann joined Manchester United from his local team back in 2018. He has made 13 appearances for their U23 team this season, scoring four goals in the process.

A second-half brace from Charlie McCann secures a dramatic comeback win for United away at Southampton. Sounds familiar...

McCann had previously represented the England U16s, but he moved into the Ireland setup at U17 and U18 level, including being part of the squad at the U17 Euros in 2019.

A native of Cavan, 20-year old Oisín McEntee joined Newcastle United in 2017. He has been a fixture in their underage sides ever since, although a long-term injury has limited him to eight appearances so far in this campaign.

McEntee has captained Ireland at U19 level and has made the step up to the U21 side this year.

19-year old Leonardo Gaxha was raised in Kerry, joining Sheffield United in the summer of 2018.

The winger has represented Ireland at U16 and U17 level, although he has also lined out for Albania. It remains to be seen where his international future lies.

Both Michael Obafemi and Will Smallbone have been established in the Southampton first team for some time, making it difficult to label them as prospects. However, Will Ferry certainly fits the bill.

Ferry has been in fantastic form for Southampton's U23 side this season, scoring three goals and registering four assists in 15 appearances. He has also been a fixture in first team matchday squads, although he has yet to make his Premier League debut.

The 20-year old is set to be a key player for the Ireland U21s in the upcoming Euro qualifying campaign.

19-year old Jamie Bowden has been included in the Spurs matchday squad on a few occasions this season, although he has yet to make his first team debut. The forward has instead lined out at U23 level, scoring two goals.

English-born Bowden bagged a brace and registered two assists on his Ireland U19 debut in November of 2019 and will hopefully be part of that setup once the side returns to action.

Moving to West Brom back in 2018, defender Zak Delaney has slowly advancing through the ranks at the club. The 19-year old has made 11 appearances in Premier League 2 this season.

Delaney has also represented Ireland at U16, U17, and U18 level.

Odubeko has hit plenty of headlines in recent times, with his recent hat-trick against Manchester United evidence of his vast potential.

The 18-year old has made his first team debut for West Ham in recent months and was called up to Jim Crawford's U21 side in March only to withdraw due to injury. We are hoping to see him make his debut at that level in the coming months.

19-year old Lewis Richards has made 13 appearances in Premier League 2 this season, scoring once and nabbing two assists despite operating from centre back.

The English-born defender has spent his entire career at Wolves and has been in and around the first team picture this season. Richards has played for Ireland at U19 level and was part of the U21 squad for the recent game against Wales.

SEE ALSO: Roddy Collins Thinks Stephen Kenny Is 'Out Of His Depth' 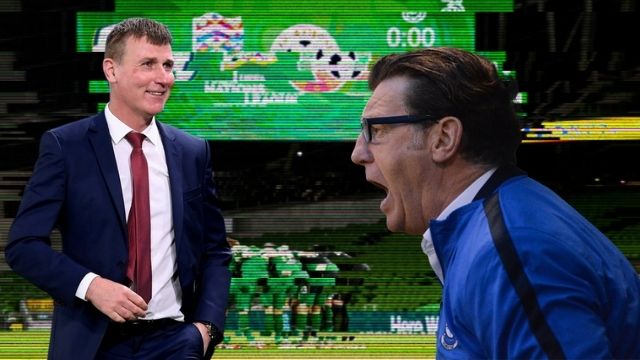