Saturday's FA Cup final saw a sizeable crowd at a big game in England for the first time since the onset of the pandemic last March. The Leicester and Chelsea fans were treated to one of the most memorable cup finals of recent years, as a stunner from Youri Tielemans sealed an emotional underdog win for Leicester - their first ever FA Cup win.

21,000 fans were allowed into Wembley for the game on Saturday evening, as part of the UK government's series of test events as they emerge from their latest lockdown. Aside from a few thousand fans at the semi-final between Leicester and Southampton, and the League Cup final between City and Spurs, there haven't been regular crowds at games since before Christmas.

It hasn't helped that the season has been pretty soulless anyway, but the Premier League has felt very empty with the tinny "Sky Sports Crowds" sound all to hear on TV. There's something sad about watching players celebrate in complete silence at stadiums that would usually be holding thousands of fans.

The FA Cup final was a welcome glimpse at the hope the future holds for the return of fans. 10,000 home fans will be present at every game in the last two rounds of the Premier League, with even bigger crowds expected during Euro 2020. The future is (touch wood) bright, and the FA Cup final was the beginning.

In a gripping and tight affair, the decisive moment came with an instant classic FA Cup final goal. Youri Tielemans picked up the ball 30 yards out just after the hour mark, and picked out the top corner with an absolute thunderbastard of a strike. The best bit of it all, though, was the camera shaking and the roar erupting around Wembley, as the Leicester City fans went absolutely mental.

It would be enough to get you a bit emotional, as the crowds made their welcome return. The experience of hearing complete silence over the past year, even after the most stunning goals, has become strangely normal. To see the stadium shaking was what a goal like Tielemans' deserved.

There was even more drama in the last minute, as Chelsea had a late equaliser ruled out for offside in one of the tightest VAR calls of the season. The fans again went nuts - firstly the Chelsea fans when the ball hit the net, and then the Leicester fans when the goal was disallowed.

Ben Chilwell puts the ball in the net for the Blues but it's been disallowed by VAR! #EmiratesFACup pic.twitter.com/QtOnmCGEyo

The final as a whole was a hugely emotional affair, with Leicester winning their first ever FA Cup at the fifth attempt. Leicester legend Gary Lineker was hosting the BBC's coverage and his emotion was clear for all to see as he spoke about what the cup win meant to him and Leicester fans.

Leicester City have done it! 💙

For the first time ever, the Foxes are #EmiratesFACupFinal winners 🙌

A 137-year wait is over, and just look what it means to the players and fans! pic.twitter.com/LhmAudBXdi

But maybe the best moment of all was when the Leicester team ran to their end of the stadium to celebrate with their fans, in the kind of moment we missed when Liverpool won the league last year, or at last year's final when Arsenal triumphed.

It was truly special day, not just for Leicester, but for football fans. It will long be remembered as a bright day for football, when the occasion was truly befitting of the grand return of fans to the stadium. 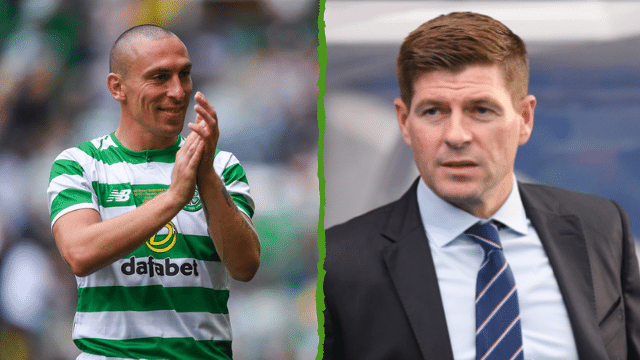