The FAI tonight have said they have launched an internal investigation over an alleged video with 'political' overtones that was shown to the Ireland team ahead of last Thursday's friendly with England in Wembley.

The news was first reported by the Daily Mail, who claimed 'a video depicting the history of Anglo-Irish relations' was shown to the Irish team on the day of the fixture. It quotes anonymous sources who said the video 'overstepped the mark of political correctness' though a source described the video as 'pro-Irish', not 'anti-English'.

Writing on Independent.ie this evening, Aidan Fitzmaurice reports that the FAI have launched their own internal investigation about the video and the FAI board have asked Stephen Kenny to explain the matter.

The FAI released a statement on the issue this evening stating:

'The Football Association of Ireland is aware of issues surrounding content shared with our senior men’s team ahead of the recent friendly against England at Wembley Stadium.

'The FAI is already looking into this matter internally as a matter of urgency to establish the facts. The FAI has no further comment to make at this time.'

Both articles claim the video caused a level of upset for a few English-born members of the Irish squad and accompanying staff. Jonathan Hill, a former director of the English FA, was appointed as FAI CEO last month. Both Jack Grealish and Declan Rice - two high-profile players who switched allegiance from Ireland to England in recent years - were in the England squad for the match.

The video was intended as a motivational tool for the Ireland team. England beat Ireland 3-0.

The news comes at an awkward time for Stephen Kenny, who oversaw another match without a goal last night at the Aviva against Bulgaria. Kenny's attempts to transform the way the Irish team play football have been hamstrung by injuries and covid withdrawls. Now it appears he has must deal with a controversy regarding the always-sensitive topic of Anglo-Irish relations. 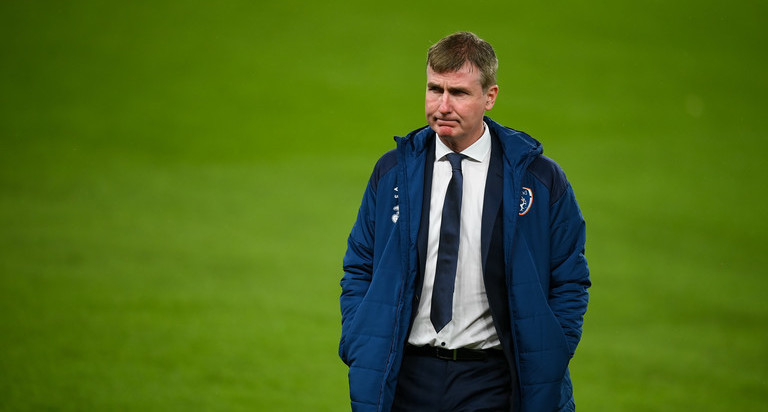