Why The FAI Could Be Wasting Their Time Chasing This Player 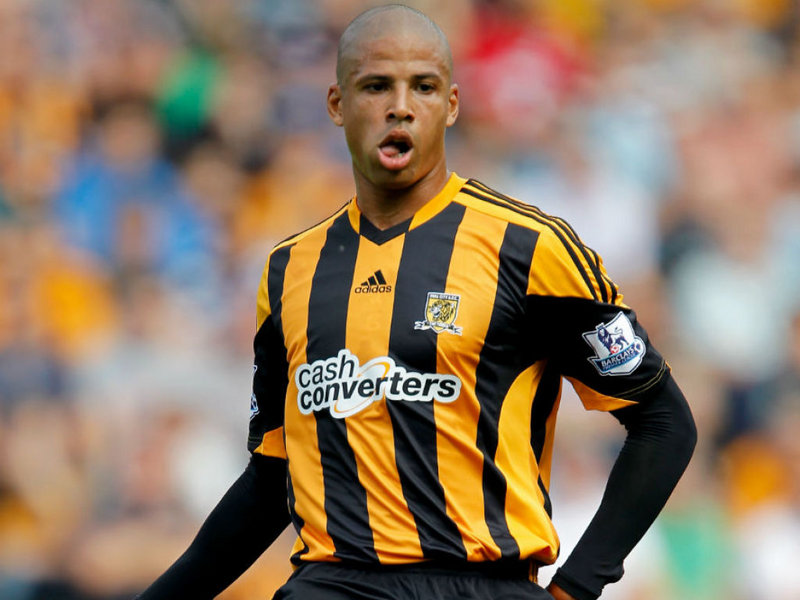 Curtis Davies is extremely torn about Martin O'Neill's invitation to him to come and play for Ireland. That's according to Liam George, one of the stars of Ireland's U-20 European Championship win in 1998.

George currently works as a physio in Luton and is a friend of Davies from the time they were both on the books at Luton Town. He told Balls.ie today that the defender is at best wary about accepting the FAI's request that he throw his lot in with Ireland.

The Hull defender has rather tenuous ancestral links to the country that are now looking for him to fill in at centre-half. He qualifies through his grandmother, who was born in Ireland thanks to her father's role in the British army. The family moved back to England shortly after she was born.

"I spoke to Curtis earlier on today again, because there's quite a lot of confusion (about his ancestral links). His great-grandfather was in the British military. His Gran was born in Ireland but obviously to English parents and shortly after that, they came back to England. The birth certificate (of his grandmother) is Irish, so he believes he does qualify."

According to George, Davies' misgivings are straightforward. As far as he's concerned, he's English. And he's having some difficulty processing the idea that he could really play for Ireland.

The problem he has is he's got no Irish influence, because they (his great-grandparents and grandmother) were English, and they came back to England shortly after that. So although there's a link, he says it's difficult for him because he's very much a 'wear his heart on his sleeve' type of guy and he doesn't want to take up a place that someone who's potentially a very proud Irish person wants to take.

At the same time, George insists that Davies "doesn't not want to play for Ireland" and if he did come over he would "obviously give it his all." However, George points out that Davies was quite open about his disappointment at not getting in England squad for a couple of friendlies earlier this year. And he still harbours strong ambitions of breaking into the England side.

George verified the reports that the FAI have launched a "charm offensive" to bring the centre-half on board.

He played under Martin at Villa and he's said that a few of Martin's people have sounded him out and asked him would he play for Ireland and he's kind of just stuttered a bit and said he doesn't want to say no but, at the same time, he's wondering would it be fair to say yes? Basically, he doesn't want to go across and then all of a sudden people are saying 'You're not really Irish' and 'you're not one of us'

George is best remembered by Irish supporters for slotting the final penalty in shoot-out against Germany in '98. He himself qualified to play for Ireland through his Irish mother and grew up in an intensely Irish household in Luton. There was never any doubt that he would pick Ireland ahead of England, had both come requesting his services.

I never got a full international cap but I can honestly say that I'd only ever played for Ireland. A lot of people look at me and say 'well you're as English as they come,' and I say 'No, I've never felt English.' I was brought up in an Irish household, I went to a Catholic school. Everything about me feels Irish, I have no English influences whatsoever, so if I couldn't play for my country, I'm not thinking about anywhere else.

In the past half-century, numerous English born players have lined out for Ireland. Many of these players would have felt a strong cultural identification with Ireland and grown up in households drenched in Irish culture. George reckons that assessing the relative degree of 'Irishness' of a player is a subtle and tricky business. Each case should be looked at differently, and it very much comes down to each person's feelings and background.

They compare me and Gary Doherty a lot because we went to the same school, both his parents were Irish, he was born in Donegal. But yet, he hasn't got a clue about Ireland. It's not that he couldn't care less, its just he's not very culturally aware. Whereas me, I was in Ireland every six weeks on my summer holidays. I were forced to go over there. I was in Ballymun, I was in Fairview. I was a kind of bona fide Dublin boy, all my cousins played for St. Vincents, so I was brought up in that environment. I was always very aware of being Irish.

George instances Stephen Reid as another who actively sought out the FAI to alert them of his Irish links, rather than wait for the FAI to sift through his ancestral history. Reid got in touch with the FAI through Richie Sadlier when they both were at Milwall. 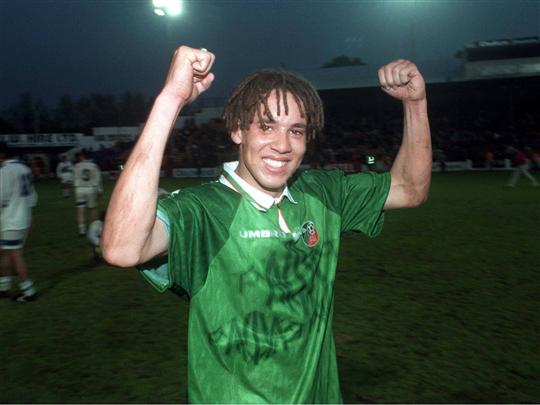 The thing that annoys George the most is that the idea that the FAI are spending their time chasing down players who patently have little interest in walking out on the Lansdowne Road pitch, unless of course England are in town.

The biggest problem I've got with it is that if somebody's Irish, they'll find a way of letting the FAI know they'e Irish, rather than the FAI having to investigate. And I think that's the biggest bugbear that I have with it. If there's a player in the top league that's Irish, and he wants to play for Ireland, then we should know about it. But if you're trying to chase back lineage and the player doesn't know they're Irish, then I think that says quite a lot. It says they're not really interested anyway.

The term 'mercenary' was tossed around liberally in the English media (and by certain rival international managers. Billy Bingham please stand up) in the late '80s, when the FAI's policy of recruiting English born players with remote ties to Ireland was at its most fevered.

Liam George certainly did not use the word mercenary, and was very keen not to label anybody who has played for Ireland in this fashion. However, he did express concern at the idea that many English-born players would seek to play for Ireland just for the sake of participating in a major tournament, rather than out of a genuine desire to represent Ireland.

I'd hate players to be playing for Ireland just to get in big tournaments, rather than wanting to play for Ireland. The reason we won that tournament (in '98) was because the pride of being Irish was so strong and that's what got us there. I think if you let people in because they're grandparent's grandparents were Irish, I think you're opening a horrible can of worms and people aren't going to want to play for the badge and the tricolour and I think it's not good for Irish football.