The premier league is back this weekend and so is FPL. Players have had to wait anxiously through the international break hoping their player didn't pick up an injury. With some big players also coming into the game for this gameweek, it could be a vital week for FPL players who need to do some catching up to the top players. One big questions hangs over for FPL Gameweek 4: what is the best fantasy football captain option?  Here's five options on who you should captain this gameweek.

He's back. Cristiano Ronaldo has returned to Manchester United and no matter what, one thing that's almost guaranteed with him is goals. CR7 has scored over 20 goals in every season since leaving United and he seems to defy his 36 years of age. Just last week he broke the international goalscoring record after his late double against Ireland. He should take over penalty and free-kick duties from Bruno Fernandes for this game at least, if not long term. He has an impressive record against Newcastle, scoring six and assisting five goals against them during his last stint in Old Trafford. Let's see if he can open up his FPL season with a few more goals with gameweek.

The ol' reliable. Salah has rarely let down FPL players over the years and it looks like it will be more of the same this season. This weekend Liverpool play Leeds and in his 1 game against them last season, Salah scored a hat-trick. Salah is always a good choice for captain and this gameweek is no difference. Leeds have the 3rd worst defensive record in the league so far, conceding 8 goals. Only Arsenal and Norwich have conceded more. With two goals and two assists so far this season Salah looks to add to that tally at Elland Road on Sunday.

If you're willing to play the Pep roulette then Ferran Torres definitely isn't the worst pick to be your captain. The Spanish youngster has played a more central role for Manchester City so far this season. With only 10.3% of FPL players selecting him so far it could be a good differential pick for you to get away from the pack. Torres is also a midfielder in the game, so you can fit him in while having all the forwards you want to maximise points. Outside of their 5-2 defeat last season, Manchester City have a decent record against Leicester. They've won 4 out of their last 5 league games against the foxes and look good to add another win to that record after back to back 5-0 wins in their last 2 games.

A 𝘽𝙍𝙄𝙇𝙇𝙄𝘼𝙉𝙏 piece of improvisation 😍👏

The man in form right now. Michail Antonio has been a brilliant fantasy football captain so far, accumulating the most points in FPL so far, with 40 total points after three gameweeks. He can't stop scoring and providing for his teammates, scoring four and assisting four goals so far this season. West Ham's next match is away to Southampton, a quite favourable fixture. Southampton have garnered a reputation for having a leaky defence and with a free scoring West Ham travelling down it could be another frustrating afternoon for the Saints.

Maybe another outside pick. Even for a player with his pedigree but Harry Kane is still having to work his way into the Spurs team. After his transfer saga over the summer concluded with his staying at White Hart Lane, Kane missed the start of pre-season and only had his first start in their last game against Watford. No matter how dedicated he is to the Spurs cause Kane will score goals, especially if he still wants that move to City. After scoring a few goals for England in the international break, we can be assured that he still has the scoring touch. With the likes of Son and Lukaku picking up minor injuries this week it may be a safer option to go for Kane as your fantasy football captain this week. With only 8% of players selecting him in their squad, Kane could also be a good differential pick.

See Also: James McClean Does Not Respect The Opinion Of Every Former Ireland Player 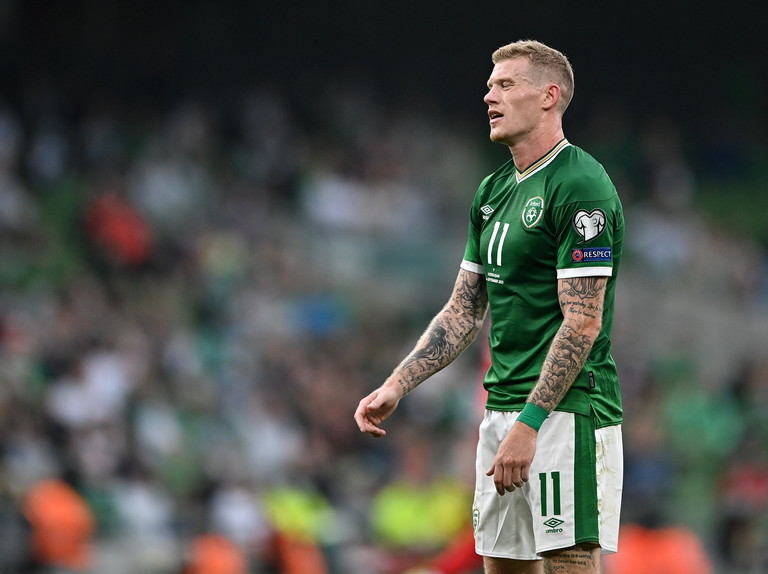 Football
1 day ago
By Gary Connaughton
Watch: Roy Keane & Jamie Carragher Have Huge Fight Over Cristiano Ronaldo
Football
2 weeks ago
By Eoin Harrington
Against The Toughest Of Opposition, Duffy And Coleman Shone In Dublin On Thursday Night
Football
2 weeks ago
By Donny Mahoney
Meet Addison Whelan: The Girl Who Got Ronaldo's Jersey
Previous Next

Football
1 day ago
By Gary Connaughton
Watch: Roy Keane & Jamie Carragher Have Huge Fight Over Cristiano Ronaldo
Football
2 weeks ago
By Eoin Harrington
Against The Toughest Of Opposition, Duffy And Coleman Shone In Dublin On Thursday Night
Football
2 weeks ago
By Donny Mahoney
Meet Addison Whelan: The Girl Who Got Ronaldo's Jersey
Popular on Balls
Football
15 hours ago
By Jonathan Browne
Reports: Solskjaer's Coaching Staff To Stay On At Old Trafford As Rangnick Appointment Confirmed
Snooker
17 hours ago
By PJ Browne
Selby Crashes Out Of UK Championship On Dramatic Respotted Black
Snooker
1 day ago
By PJ Browne
Shaun Murphy Apologises Over Timing Of 'Amateur' Comments
33