Fantasy Football: Is It Wise To Have Lukaku, Bruno And Salah?

As we head into Gameweek 3 of the fantasy football season, a lot of questions present themselves - and that's before we even get to trying to guess about Ronaldo's value if/when he joins Man City! To add Lukaku or to wait? Outside the box captain selections, stick or twist with Toney and Mahrez, bring in DCL?

Luckily the brilliant AbuBakar Siddiq has crunched the numbers and has the fantasy football advice you need.

Is it advisable to own all three of Mohamed Salah, Bruno Fernandes and Romelu Lukaku all at the same time?

Romelu Lukaku's performance at the weekend had many fantasy football managers scratching their heads as they tried to figure out how to accommodate the Belgian in their teams. He's a tried and tested, proven striker and I have no doubts that he will be a tremendous asset to own this season. However, given how Chelsea's fixtures are panning out, I don't expect to captain him in the next four Gameweeks - a time where Salah and Fernandes rotate perfectly for captaincy.

This is what makes me think that someone like a Dominic Calvert Lewin or Michail Antonio with their fixtures can come close to matching Lukaku, and the additional funds they allow could be used to significantly improve the rest of your fantasy football squad. Lukaku's time will come, but for me I'm willing to wait till Gameweek 7.

Michail Antonio and Bruno Fernandes will be popular captains this week. Can you suggest two differential captains?

Heung Min Son is a great differential captain to go for this week. Spurs, after Man City, are the bookies favorites to score 2.5+ goals this week and the fact that Harry Kane has publicly announced his intention to stay at the club should lead to a feel good factor around Spurs. Son will only benefit from Kane's presence. Spurs were particularly good against the promoted teams at home last season, and I expect that trend to continue at the weekend.

Raphinha is the other differential captain I'd suggest. Burnley have a problem defensively on their left flank having conceded the highest amount of chances down that region last season. That problem doesn't seem to be addressed and Burnley have conceded the second highest number of chances down that flank again. Raphinha will be operating in that region fully expecting to benefit from Burnley's poor defensive xG numbers - only Arsenal has a worse xG conceded than them this season.

Calvert-Lewin has had a very good start to the Premier League season having scored twice in two games. The fact that he is now on penalty duty makes him even more attractive. At the time of writing, Everton are in the top five teams for xG and Calvert Lewin is second for xG this season.

Everton now face a Brighton side who have been very solid defensively. This can be highlighted in the fact that Brighton have conceded the least xG from open play after Chelsea this season. This might be a tight one to call, but if I did not own Calvert Lewin right now, I would hold off for a week and bring him in next week when Everton host a struggling Burnley side.

Toney seemed to be a very attractive option for fantasy football managers based on his Championship form. He has not opened his account as of yet and has not had a single big chance in the opening two Gameweeks. Having said that, it’s important to note that Toney was among the top three underperformers according to the xG statistical model this Gameweek. I would suggest giving him one week if you can afford to keep him.

Michail Antonio should be the number one forward target for all fantasy football managers at the moment and should there be no other realistic route to Antonio, then Toney could be worth selling. For those looking to sell, a possible replacement might be Adam Armstrong, the new Southampton striker who opened his Premier League goal scoring account in the first Gameweek. The striker likes to get in spaces and his speed and acceleration tend to get him behind the lines.

Is it time to sell Riyad Mahrez or should we be patient with him?

Riyad Mahrez was a huge favorite to perform at the start of the season as he had an excellent preseason and was fully fit. Pep Guardiola decided not to start him in Gameweek 2 against a Norwich side that were thrashed by Man City by five goals to nil. Mahrez did come off the bench and managed to score a goal and provide a return to the fantasy football managers who had faith in him, but the fact that Gabriel Jesus played the winger role quite well and provided two assists seems to put Mahrez’s place in jeopardy. In fact, he was declared man of the match and Pep was extremely complimentary of his new role in the post-match conference. Keeping that in mind, I would start looking for Mahrez alternatives. 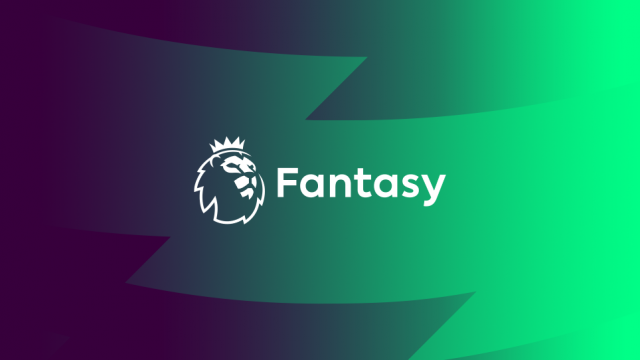 Premier League
5 months ago
By Eoin Harrington
Fantasy Football Team News: Who's Been Ruled Out And Who's Back For GW2
Previous Next

Football
4 months ago
By AbuBakar Siddiq
Fantasy FPL Tips: Time To Break Up With Bruno?
Football
4 months ago
By AbuBakar Siddiq
Fantasy Football Tips: The Ronaldo Effect On FPL
Premier League
5 months ago
By Eoin Harrington
Fantasy Football Team News: Who's Been Ruled Out And Who's Back For GW2
Popular on Balls
GAA
2 days ago
By PJ Browne
Insane Drama As Late TJ Reid Goal Sends Ballyhale Into All-Ireland Final
Rugby
1 day ago
By Colman Stanley
Yesterday Was Not The First Time Wayne Barnes Sent A Player Off For Getting Lippy
Rugby
22 hours ago
By Colman Stanley
Champions Cup Predictions And Permutations For The Irish Provinces
The Rewind
2 days ago
By Jonathan Byrne
The Definitive Ranking: Deli Items Ranked From Best To Worst