After a long and eventful international window, the Premier League is back Satuday. And so is fantasy football. Ronaldo's return to Old Trafford further muddles an already-complicated FPL situation for Manchester United. Luckily, FPL expert Abu Bakar Siddiq has crunched the data and has all the info you need on whether you should bring Ronaldo in, plus the other big fantasy football debates of the weekend.

Which one to pick out of Romelu Lukaku and Cristiano Ronaldo if picking one right now?

I would go with the Portuguese. While I firmly believe that Lukaku can outscore Ronaldo against an Emi Martínez-less Aston Villa side this week, what swings this decision for me is the Gameweek Six fixture that Lukaku has against Man City. In Gameweek six, Ronaldo faces Aston Villa at home and is possibly the best home captaincy option available. In my opinion, FPL managers should look at buying Ronaldo instead of Lukaku as Ronaldo gives a captaincy option for at least two fixtures as compared to the one for Lukaku.

For someone who doesn't own Ronaldo, can you suggest a differential captain this week?

Calvert-Lewin is a great shout for a differential captaincy this week. Even though his ownership is high, I don't think many FPL managers will be captaining him with the likes of Ronaldo and Lukaku around. He is on penalties and playing at home. 62% of the Premier League goals scored this season have been scored by the home side which adds to his appeal.

Further. Calvert Lewin is top among all Premier League players for xG this season while Burnley are in the bottom 3 for xG. They are also top for headed attempts conceded so this should be exactly the kind of fixture Calvert Lewin profits in.

How is the arrival of Ronaldo likely to affect Mason Greenwood and Bruno Fernandes?

This is a very interesting topic of discussion in the fantasy football community these days and one that has many different viewpoints. As there is no historical data to back this up, one has to take reasonable assumptions to predict the accurate outcome.

In my opinion, Man United might choose to play in a very similar way that they did so with Cavani in the side last season. Ronaldo is a predator in the box who will hog the shots and do little tracking back at his age, so there is a possibility that Bruno might have to do more of a job tracking back than he does as usual. Similarly, Greenwood might not get the opportunity to shoot as much as he normally does. With Cavani in the side, both Bruno and Greenwood experienced a considerable drop in goal threat numbers last season which is why I suspect that the introduction of Ronaldo might pose a challenge to Greenwood's and Fernandes' potential as fantasy assets.

For someone on a wildcard, can you suggest a differential defender, midfielder and forward?

My suggestion for a differential defender will be Nélson Semedo. I really like the idea of having a Wolves defender on a wildcard due to their upcoming favorable fixtures. Only Man City have a better xG non penalty conceded than them this season. Semedo would be my pick, as he's playing practically as a right winger according to the average position map in each of his last two fixtures.

My suggestion for a differential midfielder will be Adama Traoré. This season, he's ranked second for shots and penalty area touches among midfielders. According to the xG statistical model, he is the most underperforming midfielder when it comes to the difference between actual and expected goals. He's surely due some fantasy football points!

My suggestion for a differential forward would be Patrick Bamford. Even though he sits at 12.1% ownership at the time of writing, he's hardly a popular pick among the FPL Twitter community at the moment. His numbers last year were very similar to those of Calvert-Lewin's and with a great fixture schedule for Leeds on the horizon, he could be a very shrewd pick for those looking to invest in a forward.

Is Demarai Gray a good option having scored twice in the season already?

Gray, having scored twice in two games, has caught the eye of the fantasy football community. He's just £5.6m and playing really advanced as per the average position map so the hype around him is justified. However, his underlying numbers aren't the best. He has scored from each of his two shots inside the box despite having a xG of just 0.2 which makes me think that his goalscoring run isn't sustainable. His fixtures are great but bear in mind that there is no easy escape route at his price point with the lack of options available below £5.6m. 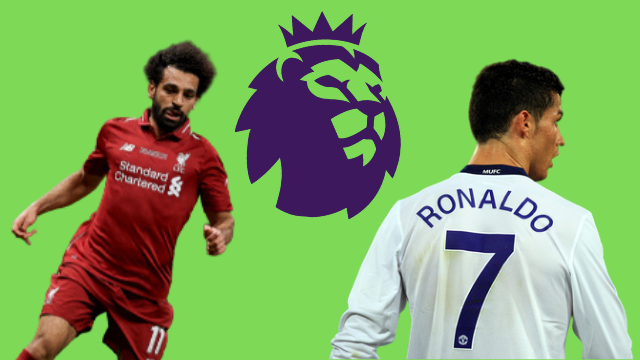 Premier League
5 months ago
By Eoin Harrington
Fantasy Football Team News: Who's Been Ruled Out And Who's Back For GW2
Previous Next

Football
4 months ago
By AbuBakar Siddiq
Fantasy FPL Tips: Time To Break Up With Bruno?
Football
4 months ago
By AbuBakar Siddiq
Fantasy Football: Is It Wise To Have Lukaku, Bruno And Salah?
Premier League
5 months ago
By Eoin Harrington
Fantasy Football Team News: Who's Been Ruled Out And Who's Back For GW2
Popular on Balls
GAA
2 days ago
By PJ Browne
Insane Drama As Late TJ Reid Goal Sends Ballyhale Into All-Ireland Final
Rugby
1 day ago
By Colman Stanley
Yesterday Was Not The First Time Wayne Barnes Sent A Player Off For Getting Lippy
Rugby
22 hours ago
By Colman Stanley
Champions Cup Predictions And Permutations For The Irish Provinces
The Rewind
2 days ago
By Jonathan Byrne
The Definitive Ranking: Deli Items Ranked From Best To Worst