Fantasy FPL Tips: Time To Break Up With Bruno?

Gameweek 5 kicks off tonight. As ever, the brilliant fantasy FPL analyst AbuBakar Siddiq is here to answer all of the burning fantasy football questions you may have.

Q. Is it worth selling Dominic Calvert Lewin and Michail Antonio? If yes, who for?

Calvert Lewin is a definite sell for me this week given the fact that he has been ruled out for a few weeks. If you own both him and Antonio, then the decision is easy for you - sell Calvert Lewin and keep Antonio as I don't think selling Antonio for a hit is worth it. However, if you own just Antonio, then the decision comes down to your substitute this week as Antonio's next two fixtures against Leeds and Brentford once he comes back from suspension are decent. If you have a decent substitute, you can afford to keep him. If not, then the move to able replacements like Patrick Bamford and Raúl Jiménez can be made.

Both Bamford and Jiménez have a good run of fixtures to follow. On wildcard, I'd select both but if picking one, I'd side with the Leeds man as his numbers are slightly better this season. Jiménez seems to be playing more the role of an assister rather than an out and out goalscorer.

Q) Is it still worth keeping Bruno Fernandes?

With the arrival of Cristiano Ronaldo, this has become one of the popular debates in the fantasy FPL community. It is difficult to own both Ronaldo and Bruno given their price tags so it's effectively the case of one or the other.

Although Bruno managed to score, it was worth noting that he had no shots in the box and managed to score despite having a xG of just 0.19. Ronaldo, meanwhile, carried far greater threat than Bruno, given his five shots from inside the box compared to Bruno’s zero. Ronaldo is the better pick, not only in isolation but also because he allows for an easy transfer to Romelu Lukaku in Gameweek 7.

Q. Who is the best captain this gameweek?

My captain will be Mohamed Salah. As we go into Gameweek 5, one thing we have noticed is that home advantage has played a huge part this season. That is pivotal to my decision, and so is the fact that Salah is the bookies' favorite for goalscorer odds. Further, Salah has a very strong record against Palace having accumulated 15,12 and 11 FPL points in his previous three home fixtures against them.

If you want a differential pick, then I'd go with Trent Alexander Arnold. The Liverpool right back has created 20 chances, which is seven more than anyone else in the Premier League this season. Liverpool have conceded just the three big chances in four games this season and have been given a 49% by the bookies to keep a clean sheet. This makes me think that Trent has serious haul potential this week.

Q. Who are the best budget midfielders to own in the coming gameweeks?

As of now there are a quite a few midfielder options in the lower budget range. Heading into GW 5, I see Connor Gallagher as one of the best options long term. Even though his short term fixtures aren't great, Gallagher is likely to represent serious value over the course of the season. Gallagher managed to register five penalty area touches and had one big chance in the game against Tottenham. He is ranked second among midfielders for big chances just behind Sadio Mane and Mohammed Salah this season, and that is despite having missed a fixture in Gameweek 1.

Raphinha would be my other selection. Leeds have had tough fixtures at the start of the season but even then their numbers have been respectable - they are ranked 13th for big chances so far. Raphinha hasn't lit up the season yet but I expect him to get quite a few points in the weeks to come. That's the least I can expect of someone with 18 big chance involvements in 22 matches this calendar year.

Q. Who are the best budget defenders to own in the coming gameweeks?

There are two cheap defensive assets right now that I consider worth taking a look at given their outstanding numbers. I've been so impressed by Wolves that I have decided to pick both of their full backs!

Nelson Semedo has been very unlucky to not have hauled. He recorded two big chances in the last game and found himself a lot of room to get in through the right wing. Having five penalty area touches and the highest xG among defenders this Gameweek, I consider it highly likely that he will reward fantasy managers who invest in him.

Fernando Marçal is another Wolves asset that recorded two assists this week. Priced at only £4.6m, Marcal is a great asset to own. Wolves have been very solid defensively and the fact their wing backs are given the freedom to attack, Marçal and Semedo are both great assets to own. 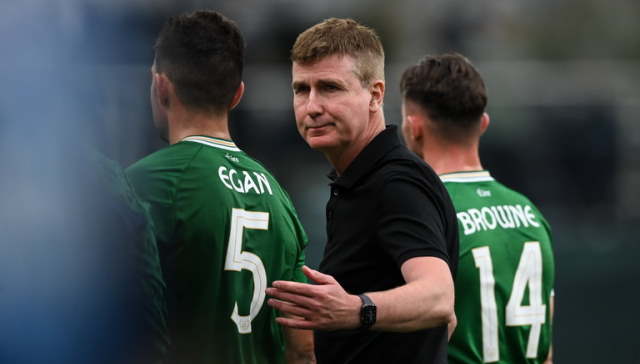 Football
1 day ago
By Colman Stanley
Hit 90s Show Fantasy Football League Is Being Rebooted By Sky Sports
Football
8 months ago
By AbuBakar Siddiq
Fantasy Football Tips: The Ronaldo Effect On FPL
Football
8 months ago
By AbuBakar Siddiq
Fantasy Football: Is It Wise To Have Lukaku, Bruno And Salah?
Popular on Balls
GAA
3 days ago
By PJ Browne
Cusack Has Little Sympathy For Gearoid Hegarty After Red Card
Football
14 hours ago
By PJ Browne
Man Arrested For Headbutting Billy Sharp After Playoff Semi-Final
GAA
1 day ago
By PJ Browne
GAA President Explains Why Tailteann Cup Won't Be All-Ireland Curtain Raiser
Football
4 days ago
By Eoin Harrington
Alan Shearer Says Roy Keane "Ran Away" From Him After Famous Clash