Rory Feely has swapped the Grand Canal for the Royal Canal as it has been announced that he's made the move from St Patrick's Athletic to cross-city rivals Bohemians.

The versatile defender, who can play either right-back or centre-half, joins Keith Long's side after just one year with the Inchicore outfit. Feely was allegedly expected to sign a new deal at St Pat's, but he has instead opted for the red and black of Bohs.

Feely could be a replacement for Andy Lyons, with the right-back yet to sign a new contract with Bohs amidst interest from across the Irish Sea.

Rory isn't the first of his clan to play for Bohs, with his older brother Kevin lining out for the Phibsboro side before moving to the Football League with Charlton Athletic and Newport County. The former defender is currently lining out for the Kildare senior gaelic football team, with Rory an accomplished minor footballer in his own right.

✍️ Bohemians are delighted to confirm the signing of defender Rory Feely: https://t.co/Bse5tVVbGD

The English attacker planned to return home following his mid-season move to St Pat's, however, having talked to Rovers manager Liam Buckley and former Bradford City teammate Eoin Doyle, he decided that the Bit O' Red were the next port of call.

Pat's have dragged their feet in the transfer market, with Ronan Coughlan being the only new signing captured by Stephen O'Donnell in the off-season.

They are also facing a potential transfer battle to keep hold of young defender Luke McNally.

21 year-old McNally was a mainstay in the heart of the Pat's defence last season, playing every minute of the truncated league campaign as the Saints finished a disappointing sixth.

McNally has been earmarked for quite some time by Ipswich Town, with Lincoln City and Oxford United now tabling their interest in the promising defender.

Good news for Pat's fans is that the Meath native is under contract for the upcoming season, however, with uncertainty around the new season coupled with no European football, Pat's could be forced to cash in on one of their star assets. 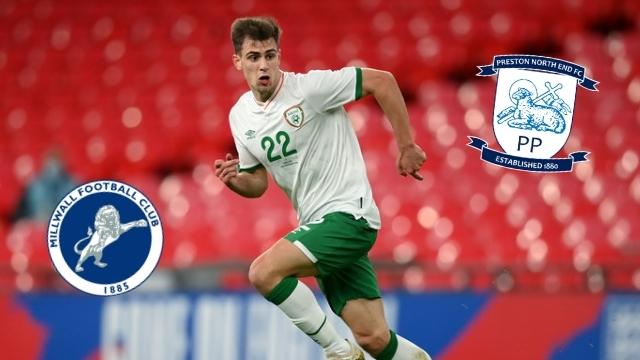 Football
1 month ago
By Jonathan Browne
Kieran McKenna's Venture Into Management Will Be Fascinating To Watch
Football
3 months ago
By Conor Breslin
Terry Butcher Would Like To See Heading Completely Removed From Football
Football
9 months ago
By Gary Connaughton
Alan Judge Addresses Circumstances Around Ipswich Town Absence
Popular on Balls
GAA
2 days ago
By PJ Browne
Insane Drama As Late TJ Reid Goal Sends Ballyhale Into All-Ireland Final
Rugby
1 day ago
By Colman Stanley
Yesterday Was Not The First Time Wayne Barnes Sent A Player Off For Getting Lippy
Rugby
21 hours ago
By Colman Stanley
Champions Cup Predictions And Permutations For The Irish Provinces
The Rewind
2 days ago
By Jonathan Byrne
The Definitive Ranking: Deli Items Ranked From Best To Worst