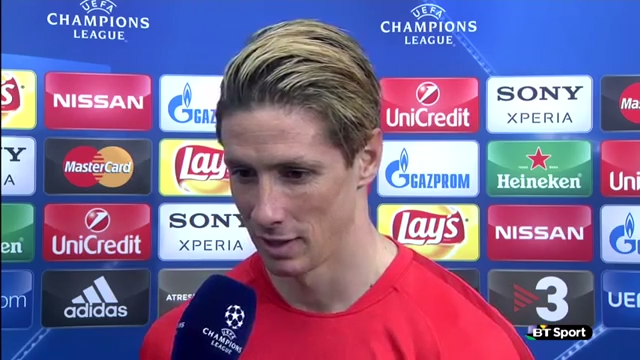 Fernando Torres was taken to hospital on Thursday night following a clash of heads during Atletico Madrid's 1-1 draw with Deportivo.

In the 85th minute of the game, Torres challenged for a ball with Alex Bergantinos after which he hit the turf hard.

Atletico Madrid stated last night that the striker was 'conscious and lucid' in hospital and had suffered no traumatic injuries.

Good news (1/2) @Torres has undergone a cranial and cervical CT. There are no alterations nor traumatic injuries

Good news (2/2)@Torres, conscious and lucid, he will spend the night in hospital for observation as per medical protocol.

Thanks to all for worrying about me and for your messages of support. It’s just been a scare. I hope to come back very soon!

After the game, Atletico Madrid manager Diego Simeone said that he and his staff had been worried for the player.

We heard the blow from the bench, we saw how he fell and we were afraid. We didn't know if that noise was Fernando's neck or not.