Irish U21 international Festy Ebosele scored his first goal for Derby on Saturday in a 1-1 draw against Millwall in the Sky Bet Championship.

Playing on the wing, Festy Ebosele finished off a flowing move by the Rams with a tidy finish from inside the box.

Festy Ebosele plays mostly at right-back but has been playing as a winger in recent fixtures for the Rams.

While it wasn’t enough to give bottom placed Derby the win, with Millwall equalising two minutes later, manager Wayne Rooney heaped praise on the Irishman after the game.

“Festy Ebosele is difficult to play against – he is raw, quick and strong.”

“He will make mistakes on the pitch, we know that, he is a young player, but I thought he was very good, always a threat and it was a nice finish from him as well. I was really pleased for him because he has put a lot of work in.

“I spoke to Festy at the end of last season, he was playing at right-back. I just felt with his attributes he can be very dangerous playing higher up the pitch.

“So we spoke to him and watched videos with him, and have done a lot of work with him trying to make him a more attacking player. I think you have seen it in teams with Michail Antonio at West Ham and Adama Traore at Wolves changing positions.

“Festy Ebosele has got the ability to cause teams problems. If he keeps working and keeps improving, he can be a big player.”

Stephen Kenny will have been watching the Irishman's progress with a keen eye, and if he can become a regular fixture in the Derby starting XI, we may see him make his full international debut sooner rather than later. 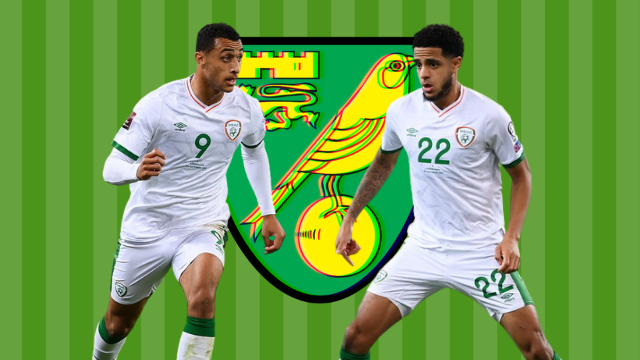 Football
9 hours ago
By PJ Browne
Ireland U21 International Makes Young Derby Fan's 'Dream Come True'
Football
3 months ago
By PJ Browne
Jason Knight Scores First Of The Season As Keeper Mistake Costs Derby
Football
4 months ago
By Jonathan Byrne
Wayne Rooney Emotional After Derby Win: "Staff Will Lose Their Jobs"
Popular on Balls
Football
2 days ago
By PJ Browne
Ireland's Lee O'Connor Says It Was An 'Easy Decision' To Leave Celtic
Football
1 day ago
By Eoin Harrington
Quiz: Name Every Player To Score In A Champions League Final
Rugby
23 hours ago
By Colman Stanley
Roy Keane Made Quite An Impression On Eddie Jones And The England Rugby Team
52