It was a pretty dire week for the island of Ireland in the World Cup qualifiers, with the Republic falling to two consecutive defeats to Serbia and Luxembourg, and the Northern Irishmen losing out in a qualifier to Italy. Monaghan senator Robbie Gallagher thinks the time has come for the two to join forces in an All-Ireland team.

Fianna Fáiler Gallagher, who represents a border county, was quoted by the Irish Times saying that the Republic’s defeat to Luxembourg was “very, very disappointing” and that the time has come to seriously consider an all-island strategy with the Northern Irish team, who are similarly struggling.

“I looked across the Border and our friends in Northern Ireland’s soccer team are on a similar run, where they can’t seem to buy a win either.

The reality is that for two small nations like Northern Ireland and the Republic to have two soccer teams on a small island, one island and expect them to compete at international level is simply not on anymore.”

The two countries compete as one in several sports – most prominently in rugby union, which Mr Gallagher pointed to as a prime example of the potential an all-Ireland team would have compared to the current situation.

“Our rugby team beat England less than a week ago, the same rugby team went on to compete in the world cup final not so long ago.

Both sides have reached the quarter-finals in the World Cup in the past, but it has been nearly 20 years since the last time the Republic of Ireland competed at a World Cup, and it has been 35 years since Northern Ireland’s last visit.

The debate over an all-island team is not a new one – a 2015 survey found that over half of the Northern Irish population were in favour of such a move, while players such as George Best, John Giles and Pat Jennings expressed support for the move in the past.

Mr Gallagher found support from the Seanad leader Regina Doherty, who agreed than an all-Ireland team is “something we should be talking about”. Gallagher went on to suggest that the Minister for Sport, Jack Chambers, should come into the Seanad to “see how we can start this conversation.”

Long-standing efforts to start an All-Ireland football league have not gotten anywhere, which makes one dubious about the Senator's suggestion.

Food for thought though: how many players from the Republic would get in that team? 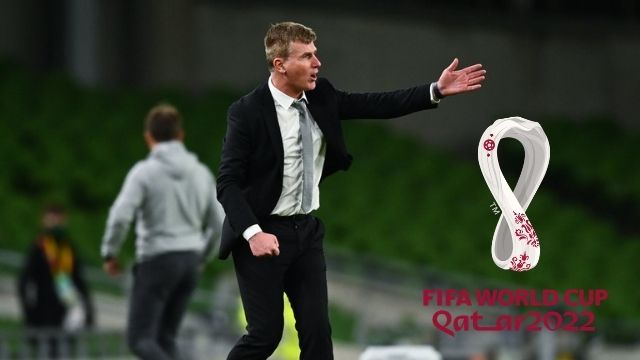