The Irish Players Ratings On FIFA 19

With FIFA 19 finally out the arguments about player ratings can begin, and what better place to start then with the Irish players featured on the game. With an 80 rating, Seamus Coleman is the highest rated Irish player currently playing, with FIFA Icon Roy Keane the highest rated overall with 90.

Coleman's Everton team mate James McCarthy is the next highest ranked with 78 and coming back from injury, Robbie Brady is fourth with 77. Brighton's Shane Duffy is up to 76 along with Premier League trio Harry Arter and Ciaran Clark and Stephen Ward. Conor Hourihane, Shane Long, Matt Doherty and Greg Cunningham all share a rating of 74.

Ireland regulars Jonathan Walters, James McClean & Cyrus Christie have been given the rating of 72 with promising Preston North End striker Sean Maguire is rated 71 in the game.

Other notable players include David Meyler, who is 69 along with Declan Rice, Aiden O'Brien and Callum O'Dowda. The highest rated League Of Ireland player is former Crystal Palace defender Damien Delaney with 69.

Meyler recently spoke to Balls about his FIFA rating as well as his attitude to other footballers who complain about the rating they are given:

Everyone always asks me about the rating. Your rating is not far off what you should be. Let's not start thinking we're all Cristiano Ronaldo and Neymar, let's hold up a bit.

Here is a rundown of the 36 top Irish players in the game: 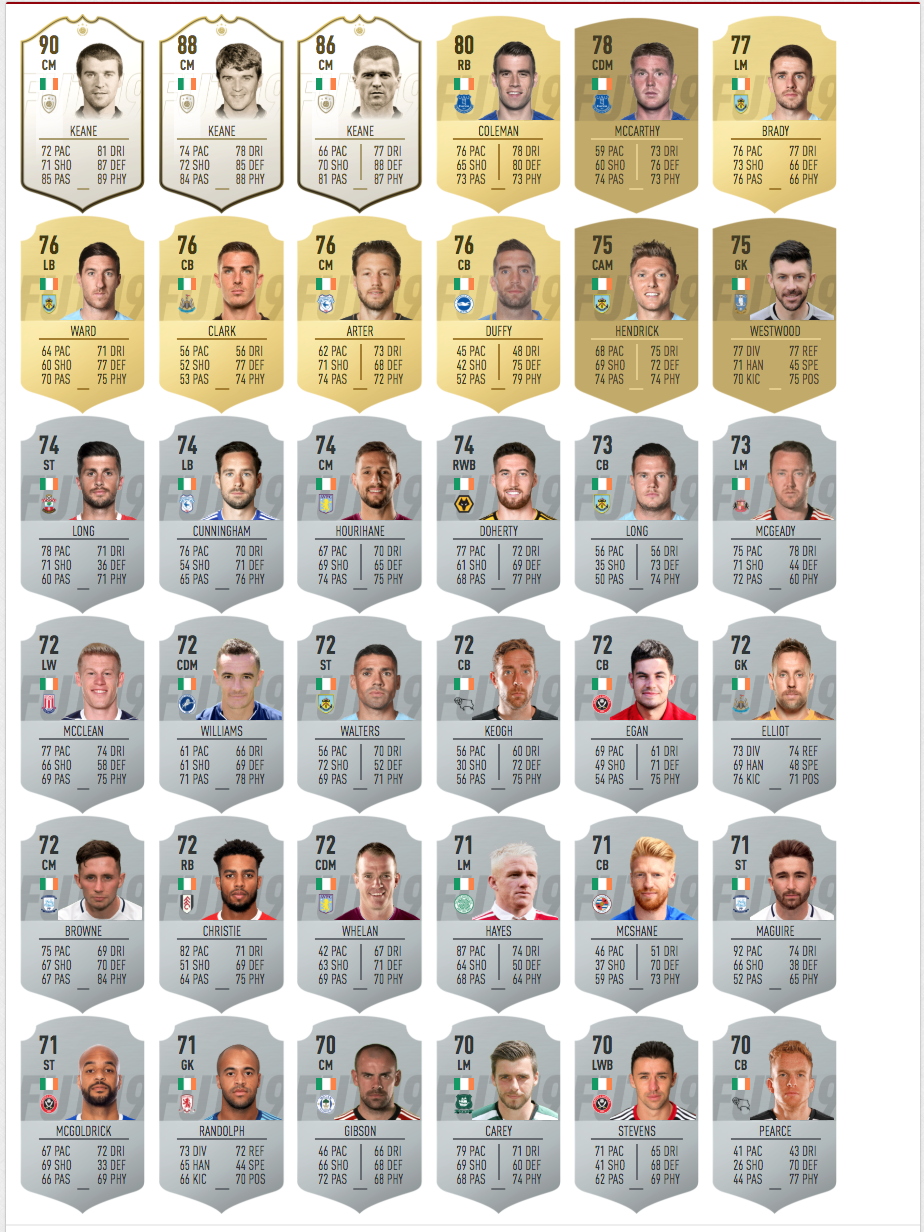 Here is a rundown of other notable Ireland player's ratings in the game:

See Also: Here's How To Use The FIFA 19 Web App

See Also: The Top 10 FIFA 19 Player Ratings Have Been Revealed

Football
22 hours ago
By PJ Browne
'I’ve Always Thought He Was Talented. He Has Electric Pace'
2