One of the perks of working at Balls is the you sometimes get endowed with certain privileges that mere mortals could only dream of. In this case, it was the opportunity to play (a version of) FIFA 19 a good two months before it hits the shelves for real.

Now, usually my experience playing FIFA boils down to one off tournaments during predrinks or the occasional mammoth challenge of trying to win the World Cup with Ireland, but despite my modest FIFA playing background, I will try to give you a feel for how the game played.

The way a player traps and controls the ball has been given greater diversity in FIFA 19, players are now going to be able to be more fluid in their movement and the way they control the ball i.e if a ball is approaching a player they can trap the ball in such a way that it sets them up perfectly to go on a run. Basically this meant the experience felt much more natural and spontaneous as there was a much wider scope for movement. 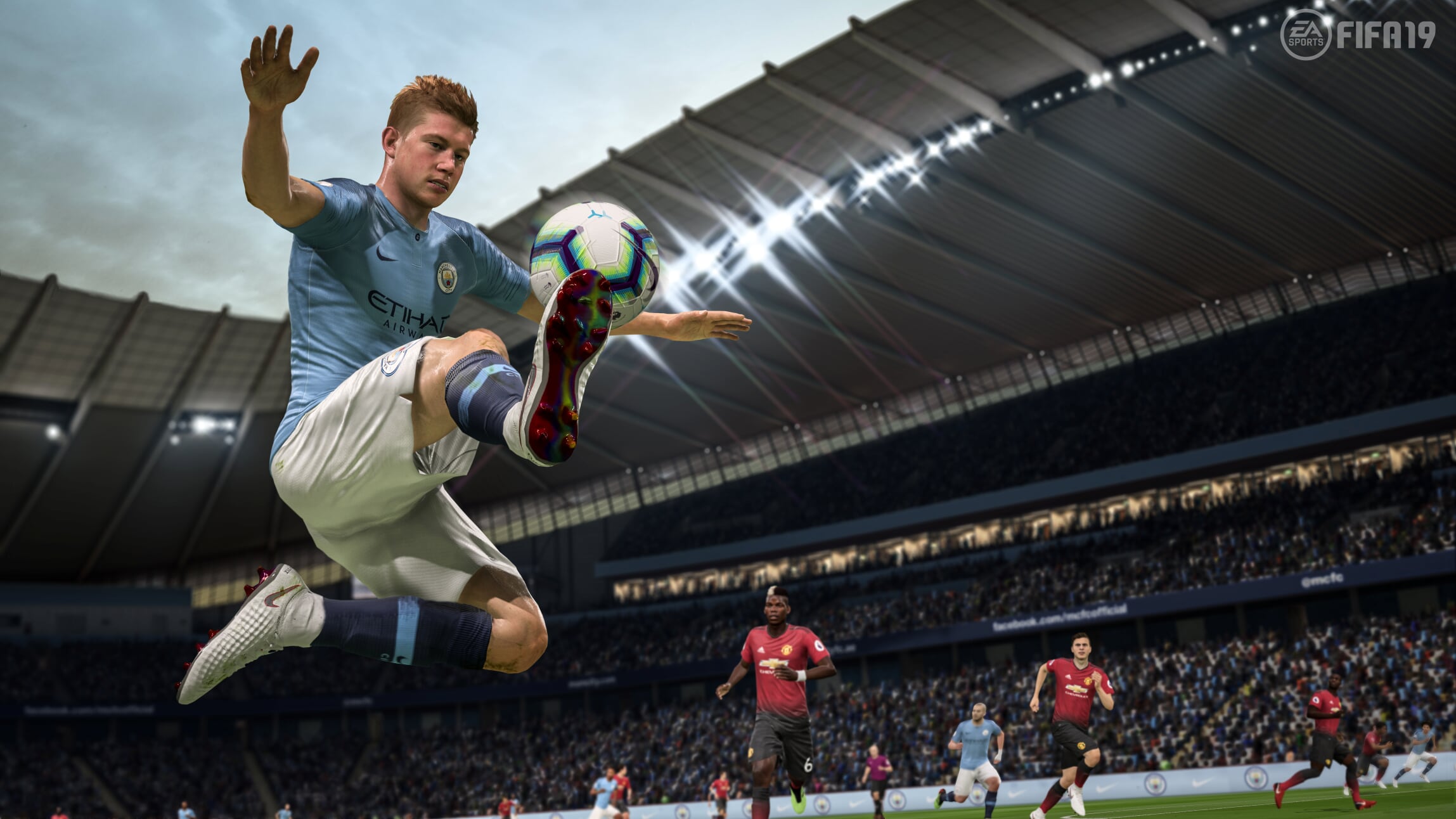 Dynamic tactics allows you to customise your own preset formation and allow you to quickly change your tactics in game. There are five different slots  i.e. Ultra Defensive/Ultra Attacking, but you can make alter the Ultra defensive slot to be very attacking if you wish.

50/50 battles have been improved upon in this instalment of the game  Like the active touch system there is definitely more variety in how player jostles for a ball, with clashes being won by the more aggressive of the two parties and players less likely to pull out of a tackle. 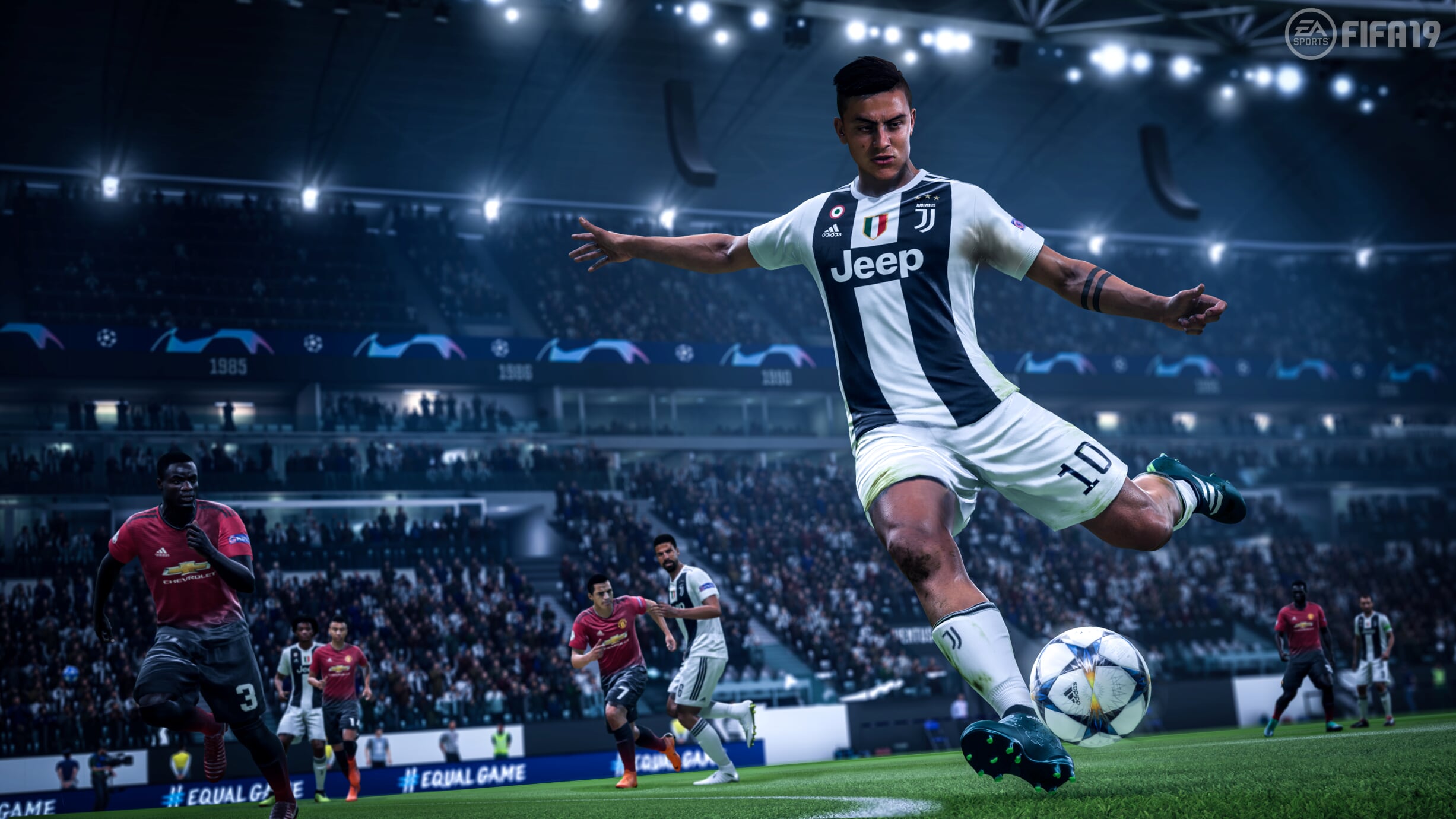 The biggest adjustment in how you play FIFA will undoubtedly be the new timed finishing feature which basically gives you the option to shoot/head the ball better by utilising a double tap of circle in order to generate more power, swerve and accuracy.

I played the game for a good hour and a half and the timed finishing was one feature that I could not get the hang of. For example, if you are about to head a ball from a cross and want to use the timed finishing feature then you will press the circle button when the ball is crossed and again right before the ball hits your head. If you do this correctly you will see a green light around your player's triangle and you will more than likely score, but if your timing is off your effort will be horribly miscued. For the majority of my efforts to score using the timed finishing feature I horribly miscued.

Derek Ray and Lee Dixon are on commentary duty for the Europa League.

When taking kick-outs there is a different static camera view which means that opposition players will not know which side you are kicking the ball to.

There are some CLASS additions to Kick off mode that I can't talk about yet.

The referees seemed very lenient with some of the tackles that were going in.

The version of the game I played was not the final build of FIFA 19, so some of the difficulty adjusting to some of the new features might be smoothed out by the time the game is released in September.

Though I am by no means the most ardent FIFA player, the game certainly felt like a decent upgrade on FIFA 18, with the active touch features and timed features interesting developments. The hour and a half that I had to play the game absolutely flew by, and with the additional features about Kick off mode to be revealed it will more than likely have you dipping into your pockets come September.

Football
2 hours ago
By Gary Connaughton
Watch: Ferdinand Uses Darron Gibson Story To Sum Up The Brilliance Of Alex Ferguson