After months of anticipation FIFA 19 is almost here, with its official release date set for Friday September 28th. The title has gone from strength to strength in recent times, with its annual release an event eagerly looked forward to by both football and gaming fans alike.

The League of Ireland will feature in the FIFA franchise for the 11th consecutive year, and EA Sports are giving the league more consideration than ever.

After the release of the game, League of Ireland fans can go online to download free FIFA 19 SSE Airtricity League club packs. These pack will allow fans to display their club colours on their FIFA game, and they are free to download. For every free download made between 28th September - 5th October, EA Sports have pledged to donate €1 to the Liam Miller Fund. 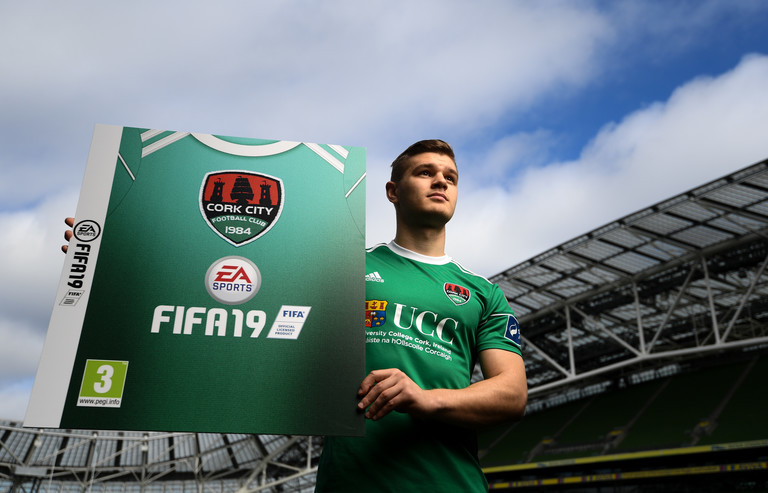 This is just another example of the support being shown to this cause, with the Liam Miller tribute match taking place in Cork on Tuesday. Cork City's Colm Horgan described the scenes in the city.

It was such an unbelievable occasion. It was so good to see the massive turnout of fans that turned up to the stadium from across the globe, and all the players that flew in to play for him.

It is just great for his family I assume to see that. It was really heartwarming.

The excitement associated with the game's release is not just limited to the general public. Many footballers themselves are massive fans, and this includes League of Ireland players.

This week a representative from each SSE Airtricity League Premier Division team was at a FIFA 19 LOI Club Pack Launch event in the Aviva Stadium, and they discussed how the game fits into life at their clubs.

A number of players take the game pretty seriously, and it is definitely something that can add a bit of competition to a dressing room during a long season. Waterford's Derek Daly describes how the losers of these games often can suffer.

I'd be a big FIFA fan yeah, I play it a lot. A few of the lads down there we play against each other and see who’s the best, some people like to brag.

Whoever loses has to cook the dinner and clean the dishes! 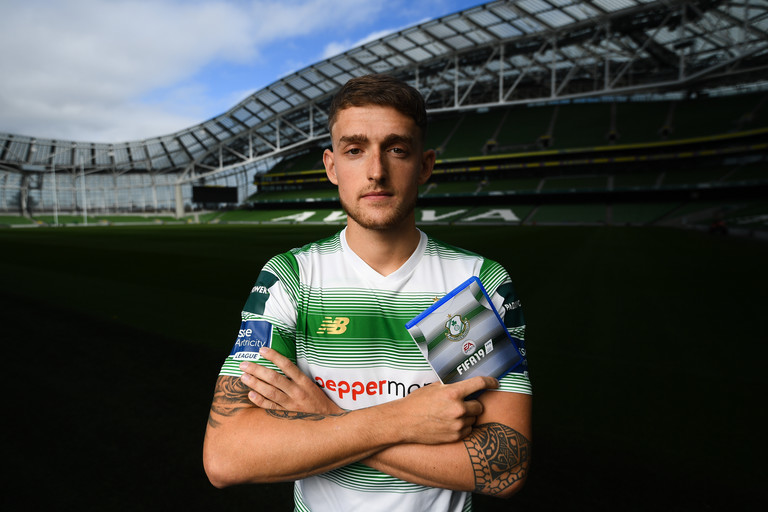 I am a fairly big fan. A few of us live together now and play a lot of it, so I'd say it will be good yeah. Something to argue about.

When the new game gets released I think I’ll bring a few forfeits into it. That no rules mode could be fun.

Many of the players described FIFA as more of a young man's game, and that definitely seems to be the case in Derry. Gavin Peers told us how it has grown into a bit of an obsession in the Brandywell dressing room.

All the young lads are mad into there now. The likes of Jamie McDonagh and all them, the Hales. They bring it with them everywhere they go, away trips and that and have games.

I think Ally Roy actually brings it on the bus with him and plays it on his laptop!

Of course, there is one thing that causes the most debate with the release of a new FIFA every year: the player ratings. This is definitely no different amongst footballers themselves. When it is you that is being rated, you can take things a little personally. 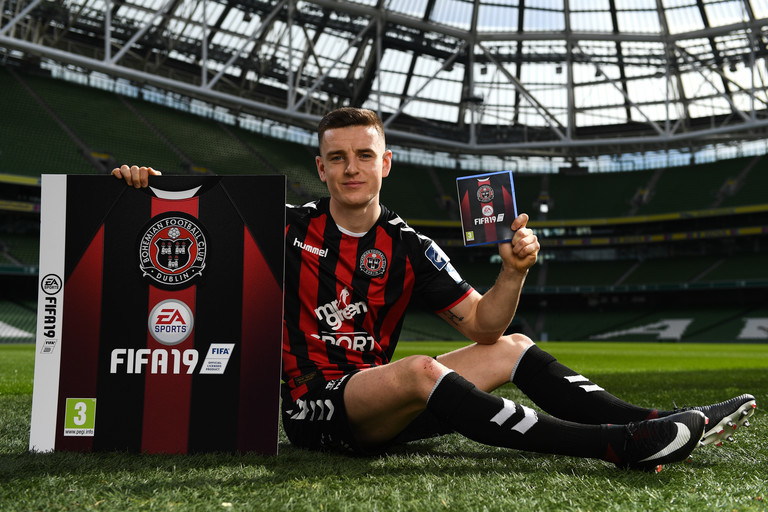 Bohemians defender Darragh Leahy was definitely not happy with his representation on this year's game.

I wasn't too happy, I think I was 50-something. I’ll have to get on to FIFA there.

I think my pace or my physicality wasn't up there, so probably that.

Even though he does not play the game all that often, Bray's Hughie Douglas had a playful bone to pick with EA Sports.

I think Dylan Hayes is a big FIFA players, he is very big into his ultimate team. He was keeping an eye on all the ratings and sends them into the WhatsApp group.

The sleeves will be available from https://www.easports.com/uk/fifa/club-packs/league-of-ireland when the game launches this Friday 28th September!

Football
1 week ago
By Sean Meehan
Sligo Rovers Supporters Raise €30,000 In Under A Day To Help Club
2

Football
5 days ago
By PJ Browne
Ex-Ireland International John Sheridan Appointed Waterford Manager
Football
1 week ago
By Sean Meehan
Sligo Rovers Supporters Raise €30,000 In Under A Day To Help Club
Football
1 week ago
By Sean Meehan
The League of Ireland Will Return On July 31 Following Club Vote
Popular on Balls
Football
15 hours ago
By Gary Connaughton
James McClean Questions Level Of Support From Irish Teammates Over Abuse He Suffers
3