Furthermore, six continental federations have backed the statement, meaning players involved in the European 'Super League' would not be eligible to play in continental tournaments such as the Euros or Copa America.

The news of a European Super League came to the fore late last year when former Barcelona chief Josep Bartomeu stated in his farewell speech that the Catalan club had signed up to the idea in earnest.

FIFA and the six confederations have released a statement in light of recent media speculation about the creation of a closed European 'Super League'.

FIFA have said in a statement that they are unaware of any prospective competitions and that their focus at club level was for an expanded Club World Cup.

FIFA has given its backing to an expanded Club World Cup format. The first such tournament was due to take place in China this summer but has been indefinitely postponed to enable the delayed Euro 2020 and Copa America to take place.

You can read the full statement from FIFA and the six continental federations below:

In light of recent media speculation about the creation of a closed European 'Super League' by some European clubs, FIFA and the six confederations (AFC, CAF, Concacaf, CONMEBOL, OFC and UEFA) once again would like to reiterate and strongly emphasise that such a competition would not be recognised by either FIFA or the respective confederation. Any club or player involved in such a competition would as a consequence not be allowed to participate in any competition organised by FIFA or their respective confederation.

The universal principles of sporting merit, solidarity, promotion and relegation, and subsidiarity are the foundation of the football pyramid that ensures football’s global success and are, as such, enshrined in the FIFA and confederation statutes. Football has a long and successful history thanks to these principles. Participation in global and continental competitions should always be won on the pitch.

SEE ALSO: The Football Stadiums Which Dublin Could Have Today - But Which Were Never Built 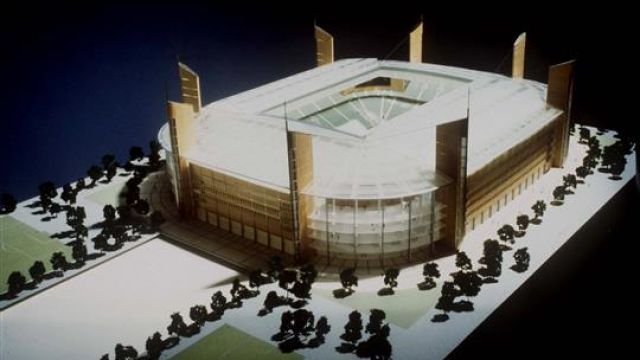