Who gets the ball?

Here's the situation: every game has one player who doesn't realise its a downscaled game. He's probably the one who hits you with a sliding tackle two minutes in.

He's also the one who smacks the ball at every chance, ignoring eyes cast skywards every time a shot hits the net at the top of the cage. This is why legislation is required.

When the poor goalkeeper has his hands/knee/head stung by the shot and it flies out of the pitch, probably into a nearby housing estate or a tree, who gets the ball?

Surely it can't be the goalkeeper. Was it really his fault that someone must now scale a fence or run 800m to retrieve the ball?

Benefits for whoever takes care of the money

He's probably an accountant anyway and takes a strange pleasure in keep track of the five-a-side finances - there are definitely multiple spreadsheets - but still, he's a saint and deserves recognition and reward. Also, he's probably the one who brings the ball and bibs.

Social benefits, possibly some sort of tax relief, or maybe just a case of beer at Christmas is required.

Punishment for the player who never turns up when it rains 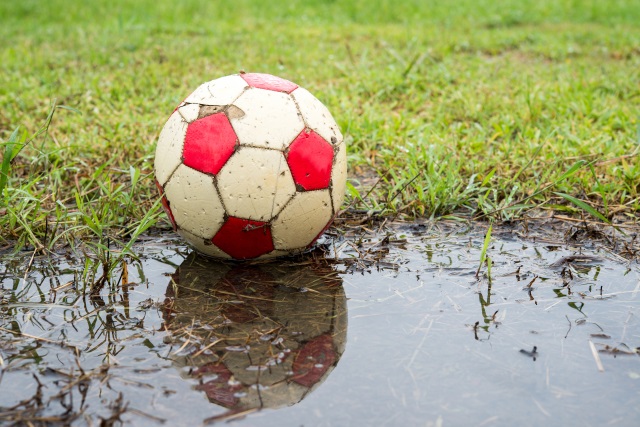 A mandatory minimum suspension period - possibly a prison sentence - is required for the player who at the last minute, just as it happens to have started pouring rain, sends a WhatsApp message saying that he has to pull out. He'll probably blame his dog.

The sneaky group who rob your five-a-side minutes

For most people, it's just one hour, once a week where they get to put on their boots. The next group up bursting in the gate before your time up is irritating. It certainly grates when you walk off only to check your phone and discover that it's only 7:55.

Basically, it's stealing and should be punished as such.

The player who refuses to go in goal

They might be the second coming of Wes Hoolahan, but they will need to go in goal at some stage. Ultimately, they will only comply if there's the threat of a court appearance for not standing in goal for at least 10 minutes.

See Also: What Does The Gear You Wear To 5-A-Side Say About You?