It's amazing how quickly the football season flies by. It feels like the Champions League group stages are barely underway, but we're halfway to the knockout stages already - and there's plenty of intriguing storylines emerging.

From impressive newcomers, to old giants quietly reemerging, there's so much to watch for the remainder of the group stages. We've picked out five of the best stories thus far to keep an eye on for the final three matchdays.

Ajax are quietly laying down a big marker

The main reason Ajax have been in the news in the English press recently has been due to the rumours that their manager, Erik Ten Haag, is being lined up for the big job at Man United. It's no wonder he's being linked to such big jobs, given how impressively he has guided Ajax to three wins from three in the Champions League so far.

That's no mean feat, either. Their group includes Portuguese champions Sporting, Turkish champions Besiktas, and German giants Borussia Dortmund. Ajax have not only won their three games so far - they've blitzed 11 goals past their opposition so far, only conceding one.

It was their 4-0 win over Dortmund that really laid down the marker that Ajax are prepared to challenge at the top level again. Despite losing the likes of Frenkie de Jong, Matthijs de Ligt, and Donny van de Beek since they reached the 2019 semi-finals, Ajax look like a force to be reckoned with once again.

If they continue this form, there won't be a team in Europe that will want to face them in the last 16.

Robert Lewandowski and Bayern Munich are in electric form

Bayern Munich can often go under the radar on Champions League nights. Irish and English coverage tends to focus on Manchester United and Chelsea, who both play on the same nights as Bayern - but, for anyone who has been paying attention to the German champions, they will be fearing them.

Bayern won the 2019-20 Champions League, before being knocked out last year in a thrilling quarter-final by PSG. Questions were asked of whether Bayern would be back at the top this season.

Short answer: they are.

A 3-0 win at the Camp Nou on the opening matchday was followed by equally comfortable 5-0 and 4-0 wins over Dynamo Kyiv and Benfica. Three games, three wins, 12 goals, 0 conceded. It's a frightening statement of intent from Bayern, who also sit top of the German league.

Couple all that with the electrifying form of Robert Lewandowksi, who has scored a staggering 25 goals in his last 19 European games, and there's no reason to doubt that Bayern are among the strongest favourites to go all the way this year.

You would have been a brave man to bet on Sheriff at the start of the Champions League. The Moldovans are making their first appearance in this competition, in a group that features the most successful team in the history of the competition, alongside the defending Italian champions, and experienced heads at Shakhtar Donetsk.

Three gameweeks in, they lie top of Group D - and they've already given us the highlight of the group stages so far with their stunning win at the Bernabeu at the end of September.

🗣️ "It's the best and most important goal of my career, that's for sure!"

The word "Villarreal" will send shudders down any Man United fan's spine for quite some time, after their shock win in May's Europa League final.

Cristiano Ronaldo may have saved the English side's blushes with an injury-time winner when the two sides met again in September, but it has been Villarreal that have impressed more so far in the group stages.

They were the better side at Old Trafford in that September clash, and took a comfortable 4-1 win at Young Boys on matchday 3. Their opening day draw with Atalanta currently has them sat just behind Man United in the group table, but Unai Emery's "Yellow Submarine" are continuing to grow in confidence, and have impressed in all of their games so far.

It's safe to say that - if he is still in charge - Ole Gunnar Solskjaer will be dreading his side's visit to the Spanish city in late November.

They're meant to be one of the Champions League giants. They're part of an elite group of only five clubs to have won the tournament five or more times. They've won it four times in the last 15 years. But Barcelona are crumbling before our very eyes.

A nervy 1-0 home win over Dynamo Kyiv papered over the cracks of a shocking group-stage thus far for La Blaugrana. Their first two games both finished 3-0 to the opposition, and they mustered only two shots on target across the two games.

They're now firmly fighting for their place in the knockout stages, with the potential favourites in Bayern as well as a strong Benfica team both placed ahead of them as things stand.

It's extraordinary to think that, just over two years ago, the club went into a semi-final second leg 3-0 up against Liverpool. Perhaps that second-leg collapse at Anfield may end up being remembered as a huge moment in the modern history of this great club.

This season's Champions League group stage has not disappointed in the slightest, with big matchups every week - but these storylines are also worth keeping track of under the radar. It's rare for a group stage to grip us like this, but 2021-22 is already looking like a vintage season. 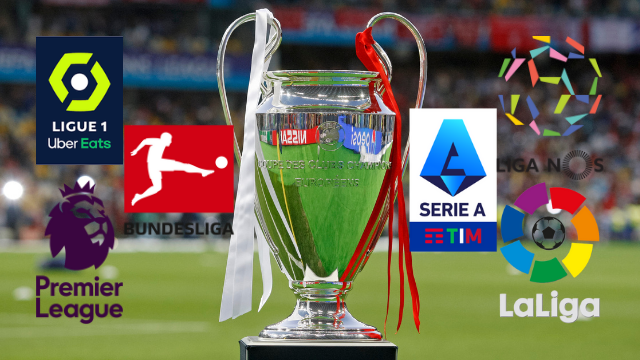