It's that time of year again. Fantasy Premier League has rolled around, and everyone has their tips on which fantasy football bargains to snap up, and which "big hitters" to avoid when picking your team.

We're not immune to those tricks. This list is merely a guide, and we cannot accept responsibility if your season is irreparably damaged by taking our advice. Nonetheless, these are a few of the steals and steep pricings we've noticed on this year's game...

Ryan Bertrand may not stand out as a strong FPL option initially, but he is likely to see plenty of game time for his new club, Leicester.

The loss of Wesley Fofana to a long term injury is a cruel blow to Leicester, but their defence is still among the most solid in the league, with Jonny Evans and Caglar Soyuncu both impressing over the past two seasons.

The way Leicester set up for the Community Shield suggests that a lot of their play will go through Bertrand this year and, with the combined firepower of Kelechi Iheanacho, Jamie Vardy, and Patson Daka to aim at, you can expect at least a few assists from him.

On his day, Roberto Firmino has been one of the best forward players in the Premier League, but two poor seasons in a row have question marks surrounding his ability to deliver.

Admittedly, much of the criticism around Firmino has centred on his goalscoring. Though 18 goals over two Premier League seasons isn't the worst return, it certainly doesn't warrant the steep £9m price tag - only three forwards are priced higher in the game.

Firmino may add much to the way Liverpool play but, when you consider the stats he's produced in recent years, his price tag, and the competition from Diogo Jota for his place in the team, he becomes a much less appealing option.

Stuart Dallas produced a memorable brace away to Man City in Gameweek 31...

How many points will he bag this season?

One of the stars of last year's game, Stuart Dallas has been moved from defence to midfield on this year's Fantasy Premier League.

The Northern Irish man plays deep, but contributed plenty of big goals to Leeds' campaign last year, with two goals at the Etihad, one at Old Trafford, and goals in both games against Leicester.

His move to midfield makes his 5.5m price tag much more appealing, and you can expect him to once again be a much-loved FPL player this season.

Grealish may seem an unusual shout here, but hear us out.

Though the former Villa player was one of the stars of last season's game - particularly during the Villans' scintillating early season run of form - it's unlikely he'll hit the same heights this year.

Though there's no doubt he'll deliver when he plays, it's likely he'll spend several weekends on the bench as well, which makes it hard to justify his £3m price tag.

Look, we know this isn't exactly the most original of suggestions. But there's a reason everyone is rushing to add Toney to their lineups as a prime fantasy football bargain.

One of the few certainties from the promoted teams, Toney is very reasonably priced compared to most of the other frontrunning forward options. When compared with the 10+ million you would have to spend to grab Harry Kane, Pierre-Emerick Aubameyang, or Jamie Vardy, £6.5m seems very reasonable for Toney.

Man United's defence looks far more solid for this season than it has in years. The development of Luke Shaw into the world's form left back, along with the acquisition of Raphael Varane, adds solidity to the United backline.

The hope surrounding the defence, coupled with the fact both options are priced at only £5.0m, might have you thinking of choosing David de Gea or Dean Henderson as your FPL goalkeeper.

We'd recommend against either - though De Gea is guaranteed to start the season in goal due to Henderson's recovery from COVID, it's impossible to predict which of them will be Ole Gunnar Solskjaer's long-term choice in goal, so neither are likely to justify being picked.

Reece James has got some new ink 🏆 pic.twitter.com/knHKkOrLo0

Reece James was unlucky not to get more game time at EURO 2020 for England, with England's full back options pretty stacked. Nonetheless, he has made the right back slot at Chelsea his own, and he may be about to have a big season.

Timo Werner's struggles in front of goal last season were well documented, meaning Chelsea struggled to convert plenty of James' excellent crosses. The signing of Romelu Lukaku changes that, meaning Chelsea now have a clear target man - one of the best in Europe at that.

At only £5.5m, James compares favourably to alternatives like either of the Liverpool fullbacks or Joao Cancelo, and could be worth a gamble.

Ollie Watkins was a favourite of many FPL players last year with his low price and knack for scoring big goals for Villa.

This year, though, his price has climbed a bit, and he's also no longer a guaranteed starter after the acquisition of Danny Ings. If his price was a bit lower, we'd be jumping on Watkins as a solid option, but we're not sure we can justify £7.5m on a player who's unlikely to start every game.

Ruben Dias is an obvious contender for a spot, alongside fellow Portuguese Joao Cancelo, but we'd recommend John Stones. We think a City defender is almost essential, and Stones is £0.5m cheaper than both Dias and Cancelo.

Stones also scored more than both Dias and Cancelo last year, meaning he presents a points scoring potential at the other end of the pitch as well.

James Rodriguez was one of the most hyped Premier League signings this time last year - not least because of his potential to deliver in Fantasy.

Though 10 goal involvements was perfectly respectful for James, we don't think it justifies his £7m price tag - particularly when Everton look to have stagnated while others like Arsenal may well take big strides forward this season.

The likes of Raphinha, Youri Tielemans, Bukayo Saka, and Jorginho are all available for less than Rodriguez, and we'd be banking on them before the Colombian.

So, there you have it, the five bargains to get in your team, and five of the big names to avoid in this year's Fantasy Premier League. No doubt we'll be proven wrong in the weeks to come, but these are just a few tips to help you build the best team possible for this year's game. 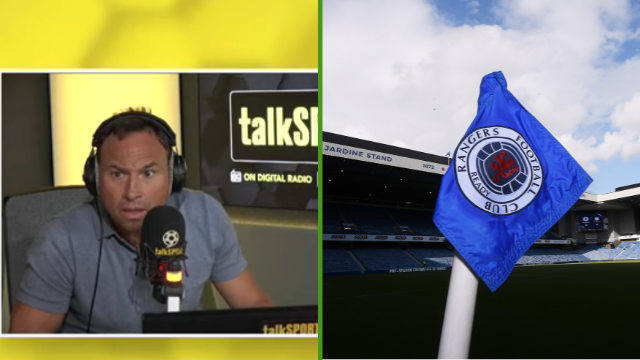