Happy Father's Day to all the Daddies out there. We sincerely hope you enjoyed your burned toast and spilled tea in bed this morning and can wish that your expensive carvery lunch that you end up paying for will be finished with in time for you to sit down and enjoy an afternoon's sport in piece.

To celebrate your greatest acheivement, we offer you sport's greatest father and son combos. Fathers who inspired greatness in their offspring. We hope you're arsed to do the same. 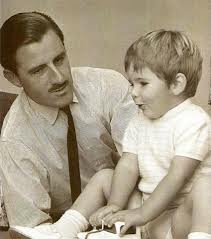 Hill senior won the World Formula 1 title in 1962 and 1968. Looking like a cross between a World War II fighter ace, Oswald Mosley and George Orwell, he was the dashing crowd favourite of the era. However, he died while piloting a light aircraft in bad weather aged just 46 in 1975.

Damon, more of a reserved figure with an obsessive will to win, won a World title of his own with the Williams team in 1996, and would later carve his name in the annals of Irish sport by leading Jordan to their first Grand Prix win. 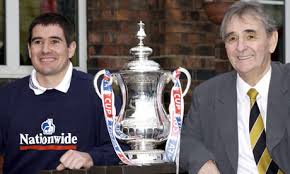 'Ol' Big 'ead' Brian was always going to be a tough act for his son to follow - both as a player and a manager. Before his playing days were ended by a serious injury in 1964, he scored 251 goals in 274 appearances for Middlesbrough, his hometown club. Nigel's playing days were spent under Brian at Forest where he scored 101 times in 311 games, then at Liverpool and Man City most notably. He also won more England caps than his dad's pair; he got 14 between 1989 and 1993.

Managerially speaking Clough senior was light years ahead - dragging previously unglamorous Derby and Nottingham Forest to league titles, as well as European Cups and League Cups with Forest. In between those jobs he spent 44 tumultuous days at Leeds and should have been given the England job. A decent man, but far less charismatic or quotable than the old man, Nigel has managed Burton Albion, Derby, Sheffield United, and now Burton Albion again. 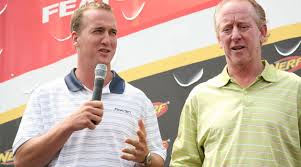 Archie was the bright spark in an awful New Orleans Saints right through the 1970s and '80s. He never made it to the playoffs, but he was highly respected and much loved at his alma mater, Ole Miss. He was twice named to the Pro Bowl and led the league in pass completions in his second season. He fathered three sons, two of whom, Peyton and Eli made it to the NFL, while Cooper was all set to also follow his father before a spinal defect ended his dream.

Peyton is of course a huge figure in US sports. His two Superbowls barely scratch the surface of his achievements in the NFL with the Indianaoplis Colts and Denver Broncos. He has been named in thirteen Pro Bowls and once threw 49 touchdown passes in the 2004 season. He retired last year as arguably the best quarterback in NFL history.

This wonderful documentary on the family is well worth a watch. 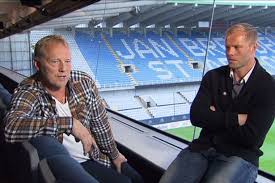 Arnór's career was one of Iceland's most famous footballers in his own right before his son rose to prominence with Bolton, Chelsea and Barcelona in the first decade of the century. Still going strong at 38 plying his trade in India, his retired from international football after Iceland's historic Euro 2016 performances.  The elder Gudjohnsen made his mark with Anderlecht in the 1980s, where he won three Belgian leagues and two cups.

The pair made footballing history in Tallinn in April 1996 when 17-year-old Eidur replaced his dad at half-time in a friendly against Estonia. 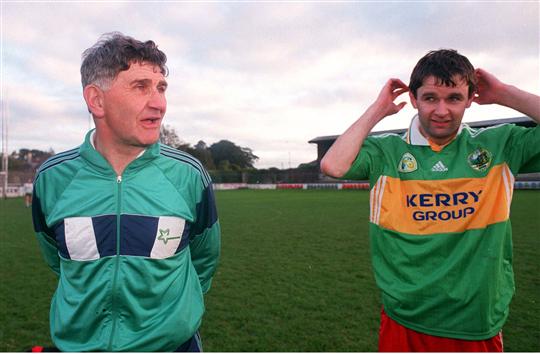 'Micko' is one of the true legends of Irish sport. As a player with Kerry he won 11 Munster titles and four All Irelands between 1957 and 1973. As a manager he went even further, winning eight All-Irelands with Kerry, and provincial titles with previous nowhere men Kildare (who very nearly went all  the way in 1998) and Laois.

A Waterville native like his father, Karl initially played for Kerry, but followed the Da up to Kildare during Micko's second spell with the Lilywhites in 1998. Far more successful in Leinster, where he won that 1998 provincial title, his most notable moment in an unremarkable Kerry side was when the Kingdom were massively shocked by Clare in the 1992 Munster final.