After the announcement that Declan Rice has been awarded the FAI Young Player Of The Year for 2018, it got us thinking here at Balls Towers about who could possibly win the award next year, now that Rice is out of the running for any future FAI awards.

While there has been an enormous amount of good PR around the Republic of Ireland ever since Mick McCarthy returned as manager, you can't hide away from the fact that we currently don't have a massive crop of young players to pick from.

However, there are a few bright sparks on the in the national side who could very well be the next big thing.

So, who could be the next winner of the Young Player Of The Year?

Note: The criteria for qualifying for this list is that you have to be under the age of 25. 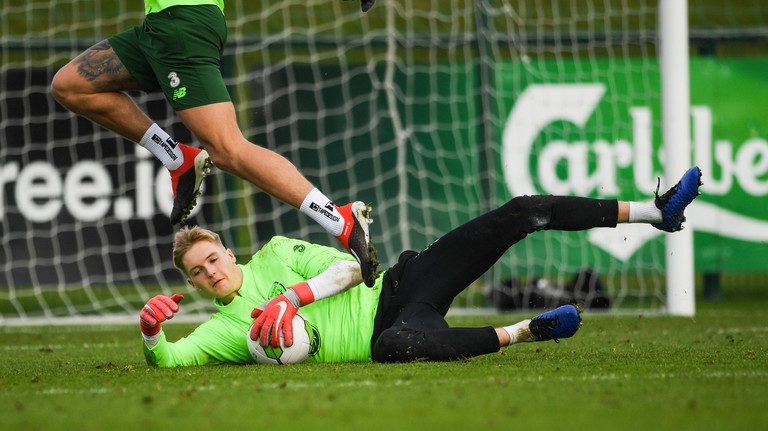 The Cork-born keeper is highly thought of by Jurgen Klopp and is currently battling with Simon Mignolet for the reserve keepers spot at Anfield. At international level, he has represented the Boys in Green at Under-17 and Under-19 level, as well as being included in Under-21 squads.

Kelleher was called up to the senior side on numerous occasions under Martin O'Neill and may get a chance to impress further under McCarthy. With Allison the undisputed number one, it seems like his future may lie away from Merseyside. However, it looks like the Liverpool shot-stopper is destined for big things wherever he plies his trade.

While he could very well be the number one for a long time to come, don't expect the Cork man to unseat Darren Randolph just yet. 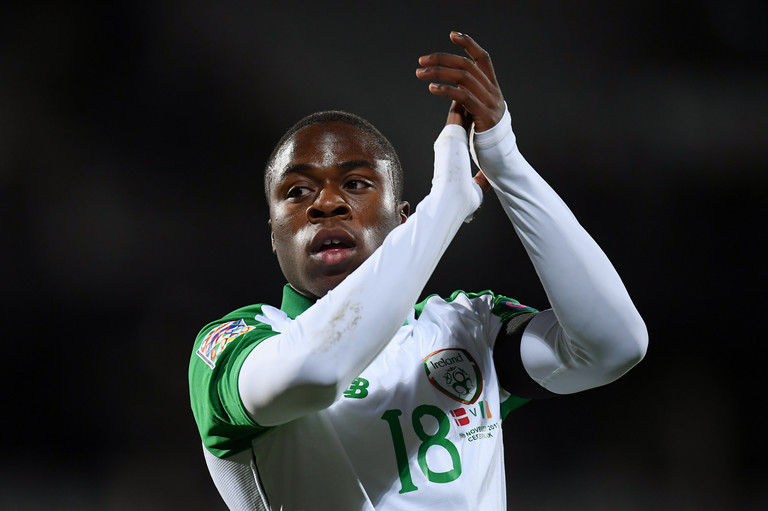 We all remember how late last year, we all had a collective panic attack when there was a bit of doubt about Michael Obafemi's allegiance to the national side. Thankfully all has been sorted and the Southampton striker is now fully onboard.

Obafemi has had a breakthrough season on the South Coast, with regular appearances and scoring his first goal for the Saints last December. Sadly Obafemi is out for the rest of the season with a hamstring injury and he likely won't feature for Ireland until September at the earliest.

Therefore he is not likely to win the young player award next year. In saying that, it only took Declan Rice three games. 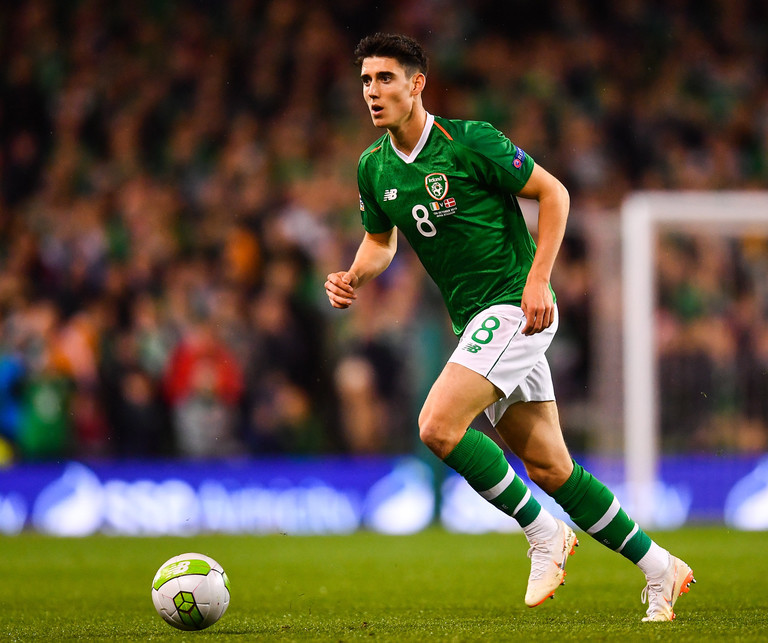 It's hard to believe that Callum O'Dowda is still only in his early 20s. The 23-year-old has been knocking around Irish senior squads for nearly three years now and with 15 senior caps to his name, he is the most experienced player on our list.

O'Dowda has been a real bright spark for Bristol City this season and attracted attention from fellow Championship high-flyers Leeds United in the last transfer window before Bristol activated a clause in his contract to keep him at Ashton Gate until the end of the 2019/20 season.

The Oxford-born midfielder has struggled to nail down a regular starting spot in the national side, but expect him to get a run under Big Mick and who knows perhaps he'll be picking up the young player award next March. 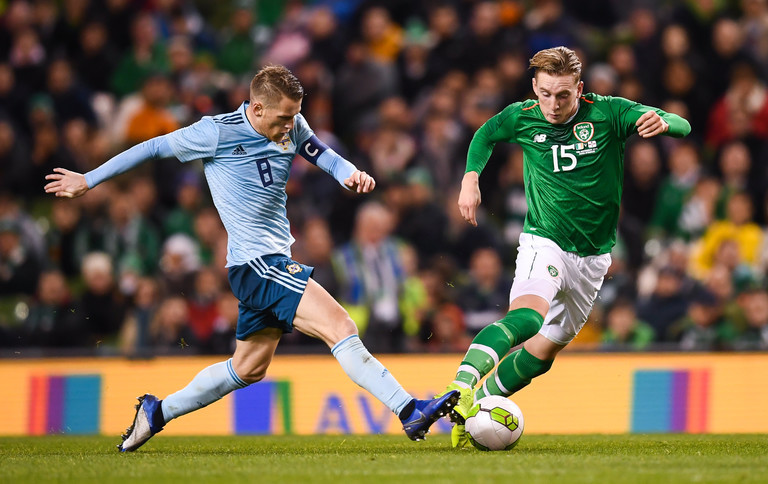 The Portsmouth player has come out of nowhere over the last few months to become one of Ireland's most important forwards as we look ahead to Euro 2020 qualifying campaign. The 22-year-old only made his debut for Ireland last October and made his first start against Northern Ireland.

The former Derry City player has impressed in League One with Pompey this season scoring 11 goals and providing 12 assists as the South Coast side battle for a play-off place. When announcing his latest squad Mick McCarthy made mention of the fact that Curtis can also play as a left winger.

While Ireland have an abundance of left-footed wide players, Curtis' versatility and impressive form could see him make a big impact for Ireland in 2019 and who knows he could be a dark horse for the award. 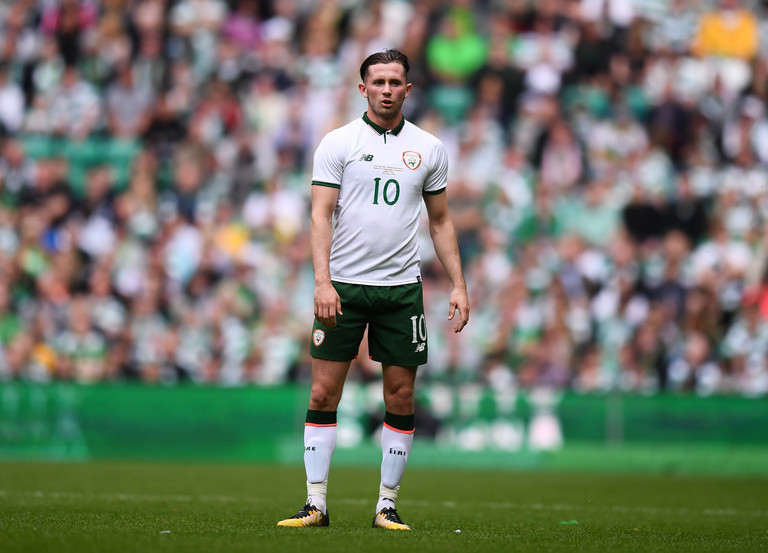 Another player who it seems has been on the fringes of the Irish team for a few years now. 23-year-old Browne is currently having the best season of his career at Preston. The Cork-born midfielder currently has 11 goals and four assists for the Lilywhites this season and his partnership with fellow Irish player Sean Maguire could turn out to be very important for the national side.

At international level, Browne has failed to live up to the form he has shown at club level, only making three appearances for the national side, with all of those caps coming in friendlies.

Perhaps this year Browne will finally get the chance to show us what he can do it at international level.

SEE ALSO: James McClean Hits Out At 'Hypocritical And Stupid' English FA For Lack Of Action