The Liam Miller Tribute match ended in a penalty shoot-out victory for the Manchester United legends after a 2-2 draw against their Celtic/Ireland foes in front of a full 42,000 Páirc Uí Chaoimh. What the game lacked in competitiveness and pace, it more than made up for as an occasion.

Speaking after the game, Kevin Kilbane explained one of the biggest struggles was the loss of power in legs due to no longer training professionally. Amongst the gathering of former pros struggling to come to terms with their dwindling athleticism, there were some promising performers. In the end, one of the star performers was current Cork City goalkeeper Mark McNulty. He was not alone in demonstrating his current ability. 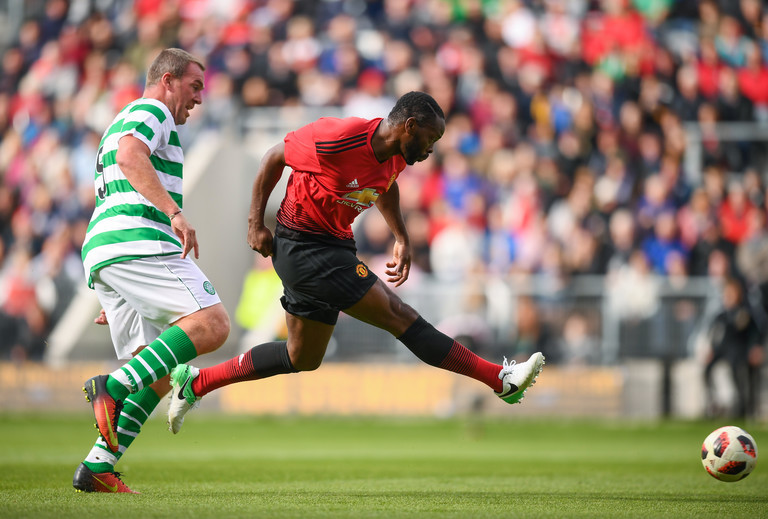 The former Manchester United and Everton striker slotted his penalty and grabbed a goal. He finished his career four years ago with a six-month stint in Lazio but clearly stays active. The French man is just 40-years-old and was one of the better performers on the day.

The Frenchman was too quick for Richard Dunne...#LiamMillerTribute match is live on Virgin Media Three & #VMSport. pic.twitter.com/010aWG0byA

Another goalscorer and standout player. He recently wrapped up a successful stint with ATK in the Indian League as a player/manager but evidently still has the capability to play the game professionally.

Robbie Keane has spent the last 5 minutes berating teammates for failing to pass him the ball in front of goal. Great to see. 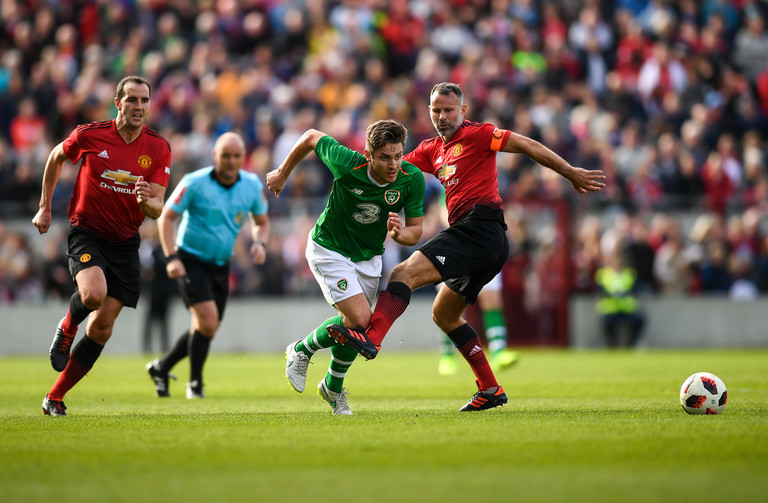 One of the few moments of genuine quality was Doyle's chested-assist for Colin Healy after a great Damien Duff cross. His second half cameo was promising and a particular highlight came for the former Reading striker with his delightful penalty.

During his Manchester United career, Scholes developed to compensate for his dwindling pace by dropping deeper and playing in the 'quarter-back' role. His extraordinary passing range was on full display throughout the first half as he sprayed the ball from touchline to touchline. He certainly hasn't lost his passing ability or his tackling inability. 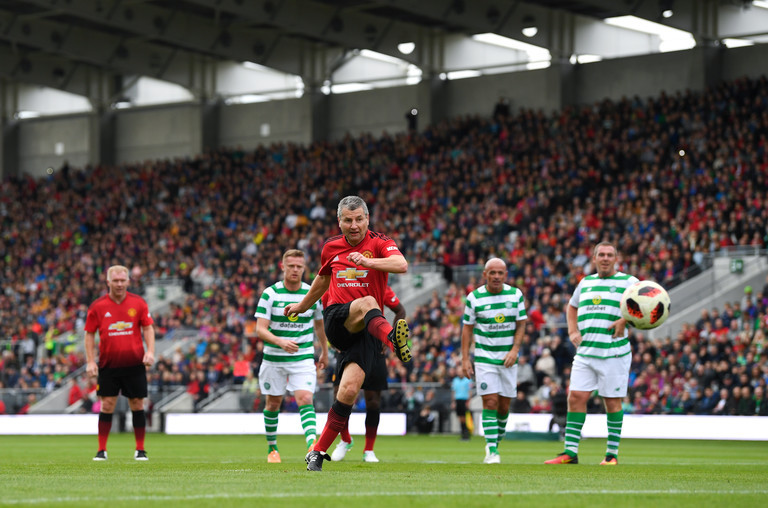 Prior to the game, Irwin aired his concern about being the oldest player on the pitch. However, the Cork man needn't have worried as he more than held his own while typically blasting a penalty home in style. The first ever soccer goal at Páirc Uí Chaoimh.

As an event, the game was a fine tribute to Liam Miller. Roy Keane spoke expertly post-match about the bigger picture on a day like this and praised it as a 'proud day for Cork' as well as further afield.

His summation proved apt. Today Cork and the wider footballing community gathered to bid farewell to one of their heroes, and they did it in style.

Football
1 week ago
By Michael McCarthy
The 25 Best Irish Players Of The Premier League Era
Football
1 year ago
By Balls Team
Quiz: How Well Do You Know Denis Irwin?
Football
4 years ago
By Gavan Casey
EirSport Panel Make Compelling Case For Wes Hoolahan To Be Dropped For Austria
Previous Next