If Real Madrid president Florentino Perez was already a touch unpopular with football people, he’s gone to a whole new level in the last few days. Perez is the president of the new Super League which has caused uproar among fans – and he gave a pretty horrific interview to Spanish TV last night on the topic.

Perez spoke to Spanish TV station El Chiringuito TV about the foundation of the league and attempted to justify it in the face of a visceral reaction from fans. Perez has been appointed chairman of the newly proposed league, with Manchester United owner Joel Glazer and Juventus chairman Andrea Agnelli in other administrative roles.

You’d think that listing the 12 clubs who have signed up to the Super League would be the easiest part of the interview for Perez. Alas, he fell at the first hurdle – when listing the English clubs involved, he made a slight error and forgot to mention Tottenham.

We suppose we can let that one slide – after all, as Alex Ferguson once famously said, it’s only Spurs. Still, it doesn't bode well whatsoever for the prospects of the Super League if the man in charge can't even remember the name of one of the clubs involved.

He went on to make some slightly more outrageous comments, though. The first was his suggestion that young people were losing interest in football because games were “too long” and inferred that the Super League may plump for shorter matches.

Perez seemed incredibly confident that his team would not be thrown out of the Champions League semi-finals, even though it was widely reported on Monday night that UEFA are indeed looking at expelling Real, Chelsea and Manchester City from the latter stages of this season’s competition.

But perhaps the most shocking thing Perez said was his stance on the Super League as a whole. Granted, he made some valid points about UEFA and FIFA’s previous misdoings, but his suggestion that the Super League was “saving football” from some imaginary, inevitable doom, was pathetic.

Florentino Perez has hit back at threats from UEFA and FIFA, claiming the European Super League will save football.

We’ve yet to find one football fan who is in favour of the Super League proposals, and the head honchos aren’t going to win anyone over if future comment is anything like Perez’s shocking interview last night. 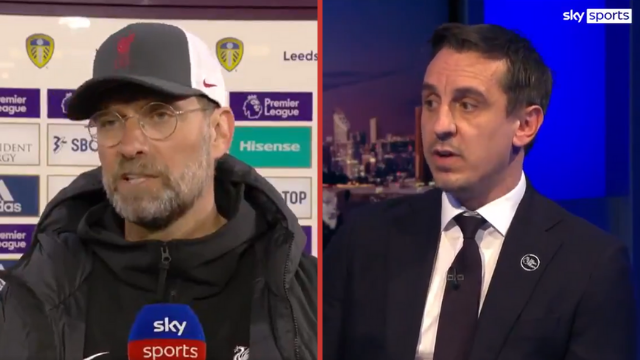