5 Of The Greatest Football Phone-In Moments

Before ever we had Arsenal Fan TV to amplify angry and slightly deranged supporters, we had football phone-ins. This bastion of the early days of the Premier League is increasingly in decline now, however, with Youtube channels stationed in stadium car parks now annexing football's culture of anger.

It got us thinking about the humble phone-in, that wonderful format which has given us so much magic down through the years. Here are a few classics.

The Battle Over Gary Pallister's Bulge

Hayley McQueen, now a presenter on Sky Sports, was once subjected to this call from Man United fan Simon from Leicester congratulating Gary Pallister on the size of his bulge. He didn't decide to rank it with any of Pallister's other big tackles, and McQueen dealt admirably with the situation.

This is so absurdly perfect we have suspicions that it was scripted. A Scottish fan rang in to complain that Finland goalkeeper Antti Niemi hasn't been getting a chance with Scotland. The rest, as they say...

Ah, Paddy Crerand, Manchester United's own Director of Propaganda. Crerand has his own phone-in show, titled The Paddy Crerand Show, where he continues to furnish blithely one-sided gold for anyone willing to pay an MUTV subscription. Occasionally, Paddy appears on other media outlets to argue that black is white, with a 5 Live appearance a highlight.

Louis Van Gaal was about to be sacked by United, with Henry Winter, the BBC's Dan Roan and a number of respected journalists reporting the news. Not Paddy, however, citing an Ed Woodward hug as incontrovertible proof.

TalkSport's Adrian Durham said on air that Jamie Carragher was a "bottler" following his decision to retire from international football. Among his listeners at the time, however, was one Jamie Carragher, who promptly phoned up to challenge Durham on his views, saying that he should "come down to Anfield and Melwood" to say it to his face.

Frank Lampard too showed he was unafraid of challenging a radio presenter on air: in this case LBC's James O'Brien. O'Brien had some strong words on Lampard, referencing newspaper reports claiming Lampard was a bad father, with O'Brien saying it was "heartless" of Lampard to make them move to a small flat while he lived a bachelor life in their old house.

Lampard, however, came on air in passionate and cogent self-defence, which you can listen to below. 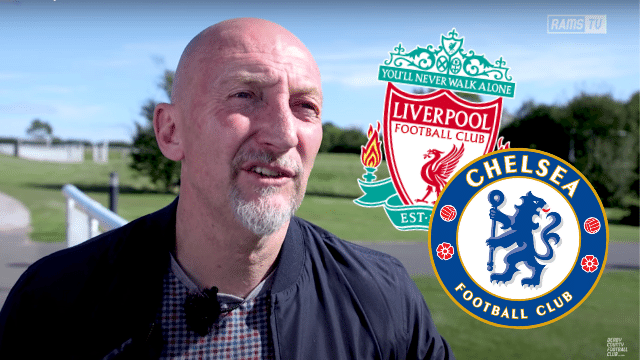