Forget Denmark, Here Are Some Other Famous Football Stand-Offs

The situation that the Denmark national football team has found itself in is quite extraordinary. Caught in a standoff with the country's FA, the Danish players  look set not to take part in their upcoming match with Wales and Slovakia.

Instead, they will field a team consisting of players from the country's futsal side and amateurs from the lower divisions. Surely a stand-off such as this is unprecedented in the world of football? Not quite.

Here are some other famous stand-offs that have taken place over the years.

One Team In Tallinn

On October 9th 1996, Scotland took to the pitch for their World Cup qualifier in Estonia. They were confident of securing a result in the game, mainly due to the fact that their opponents never showed up.

According to FourFourTwo, a dispute over a change in the kick-off time for the game meant that the Estonians simply refused to play.

While it was originally due to kick off at 6.45pm local time, a complaint from the Scottish camp over the quality of the floodlights in the ground saw the start time being brought forward to 3pm.

This decision was not made by FIFA until the early hours of that morning, and the Estonians claimed they did not have time to make the necessary arrangements in order to fulfil the fixture. 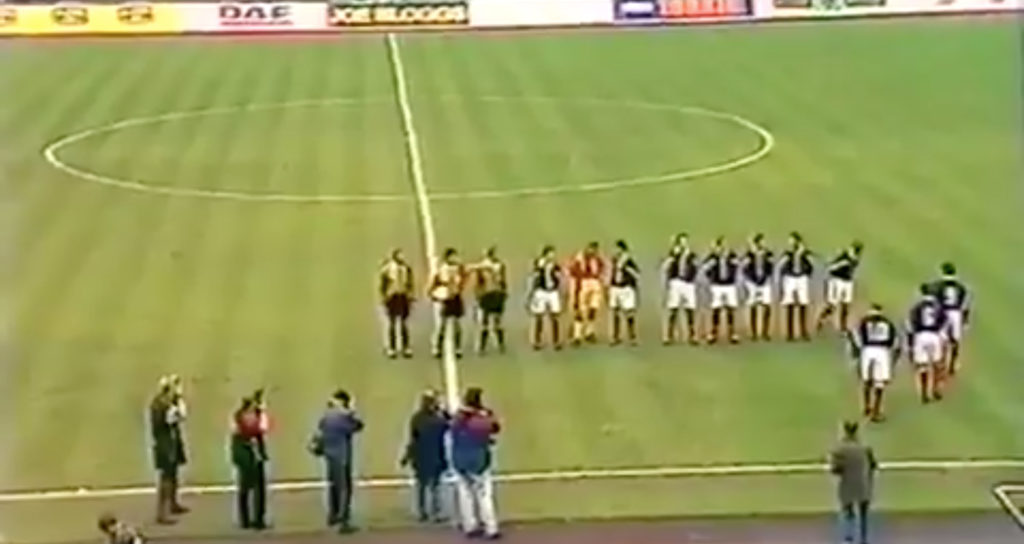 They cited the fact that their training base was 60 miles away from the stadium and the fact that a Wednesday afternoon kick-off would be unfair on their supporters as the main sources of discontent.

There was also the small issue of missing out on some significant broadcasting revenue as a result of the change.

Ultimately they stuck to their guns, allowing the Scots to take to the field by themselves. The game kicked off, and was then immediately brought to an end by the referee.

This all happened much to the joy of the 800 or so Scottish fans in the stadium, who belted out chants of 'there's only one team in Tallinn' and 'we only play in the day time'.

While it had been anticipated that the visitors would be awarded a 3-0 victory, the game was ultimately replayed in Monaco four months later. It finished in a 0-0 draw, meaning the Scots could not even win a game with an 11 man advantage.

This match played out in a similar manner to the Scotland v Estonia, with Chile kicking off without their opponents present and scoring into an empty net.

The two sides were set to meet in the Estadio Nacional de Chile for the second leg of their play-off for the 1974 World Cup, with the first leg in Moscow finishing in a scoreless draw.

However, the USSR were unhappy with the venue for the return leg.

The South American country had undergone a political revolution only two months previous to the game. After the coup d'etat, the national stadium was used as a detention centre for those who were considered enemies of the new regime, many of whom were subjected to torture.

The Soviets refused to play in a venue they claimed was "stained in blood", demanding the tie be moved to a different location. When no alternative arrangements could be made, they refused to take part. The game would go ahead with only one team.

After the Chileans scored the all-important winning goal, the final whistle was blown. They would advance to the World Cup finals in West Germany, where they would exit at the first hurdle.

You can watch the wonderful team goal below.

This turned into an absolute disaster for the the Tyneside club. Bryan Robson's Middlesbrough were due to take on Blackburn Rovers in the Premier League on December 21st 1996 in what was being billed as a relegation six pointer.

However the club's playing squad had been ravaged by injury and illness, meaning the day before the game they had only 17 contracted professionals available for selection. Three of them were goalkeepers, and a number were untested youngsters. 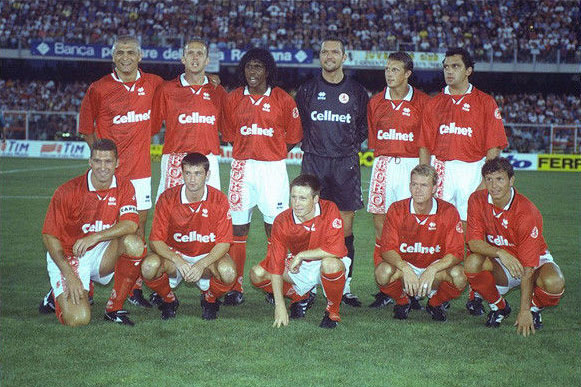 Robson refused to allow his side to play in the game, fearing that they would be embarrassed had they done so. The Premier League did not take kindly to their cancelling of the fixture. Middlesbrough were docked three points and fined £50,000 for their failure to fulfil the fixture.

This would prove to have disastrous consequences at the end of the season, when the club were relegated by a margin of two points. Perhaps they would have been better off taking their hammering and moving on to the next game...

The Entire History Of The Israeli National Team

Have you ever wondered why Israel are part of UEFA? The short history of the state of Israel is littered with controversy, and this has extended to their football team.

Israel joined the Asian Football Confederation in 1954, but it did not take long for the other member countries to make their feeling towards the move known.

A number of Muslim majority countries refused to play against the recently founded state. The situation got so bad that Israel were set to qualify for the 1958 World Cup form the African/Asian qualifying group without having to play a game. Turkey, Indonesia and Sudan all refused to take part in the fixtures against the Israelis, meaning they topped the group.

However a play-off was arranged against Wales to ensure they could not qualify without playing a single game, which they would go on to lose 4-0 over two legs.

When the country hosted 1964 Asian Cup, 11 of the 16 qualified nations pulled out of the competition. This allowed the hosts to win the tournament and record their only major international success to date.

A motion tabled by Kuwait in 1974 saw the country expelled from the AFC.  Unable to play in Asian qualifiers for the World Cup, the country briefly joined the Oceania qualifying zone.

They would eventually become full members of UEFA in 1994. Politics has continued to play a role in the team over the years, with Argentina cancelling a friendly in the country in June due to political pressure.

SEE ALSO: Report: There Could Be Another Twist In The Declan Rice Saga

Football
1 year ago
By Gary Connaughton
The Balls.ie Football Show Quiz: Which Player Was Rated Higher In FIFA 12?
1

Gaming
4 months ago
By Sean Meehan
Here Are The Best Wonderkids From Each FIFA Of The Last Decade
Football
1 year ago
By Gary Connaughton
The Balls.ie Football Show Quiz: Which Player Was Rated Higher In FIFA 12?
Football
1 year ago
By AFP
FIFA Pressures Iran To Allow Female Football Fans Back Into Stadiums
Popular on Balls
Football
2 hours ago
By Balls Team
Grealish Smelt Of ‘Intoxicating Liquor’ After Crash, Court Told
1