Like most of the general populace, I often find myself daydreaming about what former Arsenal, Everton and Birmingham City player, Anders Limpar is doing with his time since his retirement in 2001.

Limpar won a league title with Arsenal in 1990/91 and was awarded the Swedish Guldbollen (Golden Ball), the Swedish Player of the Year in the same year but Anders Limpar is best remembered in his homeland for something completely different. Time travel, yes you read that correctly, Anders Limpar is a time traveller...or at least, he was led to believe he was in a Swedish TV show in 1997.

The Swedish hidden camera show, Blåsningen, was essentially the Scandinavian Punk'd and ran for eight years and using real Swedish military planes and personnel along with actors convinced the former footballer that he had travelled two years into the future after flying aboard a plane with two "scientists".

The prank begins with Limpar waiting to board a plane in Gothenburg to Stockholm with his friend, Dan, Dan's partner Mia (who are in on the joke) and their brand new puppy (also in on the joke). 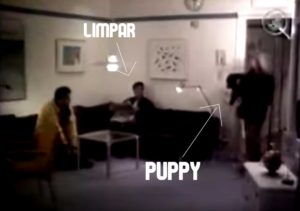 Anders and Dan board the small private jet with the two scientists seated beside them while a conveniently placed newspaper sits on the table hailing the scientist's major time-travel breakthrough. The two men begin explaining the methodology to an astounded Limpar using semi-legit phrases like;

Absolutely convinced, Anders encourages them to test out the theory prompting the lead scientist to take out a briefcase of sorts and announce they had reached the correct latitude to perform the manoeuvre. 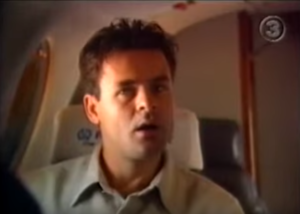 There begins a brief moment where the plane's inhabitants float, the plane violently shakes before it calms down and Limpar (now nicknamed Captain Obvious) says "I think something had happened" as the scientist declares them part of a "historical moment". They're then intercepted by two Swedish military jets who ask they them to identify themselves before revealing the plane had gone missing exactly 2 years previous.

The flight lands back at it's original airport to be greeted by an army officer, who breaks the new that statues of them have been installed outside City Hall and that Norway won the 1998 World Cup in France (they did beat Brazil 2-1 in the tournament to be fair). They're also greeted by Dan's partner Mia, aged by make-up and a now fully grown dog (this dog was also in on the joke). 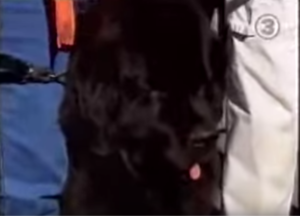 Again, Anders doesn't cover himself in glory by pointing out that the dog is "bloody enormous" before being whisked into a military hanger for questioning over his experience. Both Limpar and Dan try to explain what happened to them to incredulous officials before the gig is finally up when the room stands to attention for the arrival of the "King of Sweden" who turns out to be the show's presenter who welcomes him “to the best prank in 1997!". 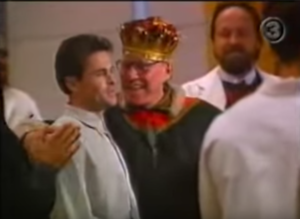 Afterwards, the former Arsenal man did express that he was embarrassed by the whole thing because he genuinely did believe he had travelled through time but he did see the funny side of it as well. He spoke to Swedish news outlet Expressen in 2017 and said

"It was so damn good. We thought we'd been flying for two years in the future. It was awesome. It is true that what happens then is credible".

You can watch the first part of the prank below, although it is entirely in Swedish so get the dictionary out.