After reaching the Champions League final in 2015 and 2017, it was felt that Juventus were one player away from making the breakthrough and winning the competition for the first time since 1996.

While he was reaching his mid-30s in 2018, bringing in Cristiano Ronaldo to help them get over the final hurdle seemed like the obvious solution. The Portuguese superstar had won the competition five times, including in three consecutive seasons with Real Madrid. No other player performed as consistently on big Champions League night.

Despite his age, Juventus forked out a fee of €100million to bring him to Turin. They also agreed to pay him over €600,000 per-week, well above what any other member of the squad earned.

Ronaldo's first two years in Italy ended in domestic titles, but they have failed to get beyond the quarter-finals of the Champions League after exits to Ajax and Lyon.

This season, they would bow out at the last 16 stage to a ten-man Porto side, while they are also currently ten points off the top of Serie A.

Considering their dominant domestic position before his arrival, would it be fair to say that the signing of Ronaldo has been a massive failure? Some are calling for the club to move on as soon as this summer.

When asked on Radio Punto Nuovo  if Ronaldo's signing was the wrong one for Juventus, former club president Giovanni Gigli said:

Absolutely, yes! I said that on his very first day at Juventus. He is a great champion but is too expensive.

Now it's up to Juventus. They've been paying him €1m per goal. [Juve president Andrea] Agnelli must be self-critical, but he doesn't have great collaborators.

He added: “The club should free Ronaldo at the end of the season and the same goes for [Juventus Chief Football Director Fabio] Paratici. Maybe Agnelli had promoted him to remove him from his position afterwards.

This could be the scenario.

It has been rumoured that Juventus are looking to launch an extensive rebuild over the next 12 months, with the squad to be built around young players such as Matthijs de Ligt and Federico Chiesa.

Cristiano Ronaldo looks unlikely to be part of those plans, with his current contract set to expire in the summer of 2022 and the club showing little urgency to open discussions on a new deal.

SEE ALSO: Why Has Juventus' Gamble On Ronaldo Failed? 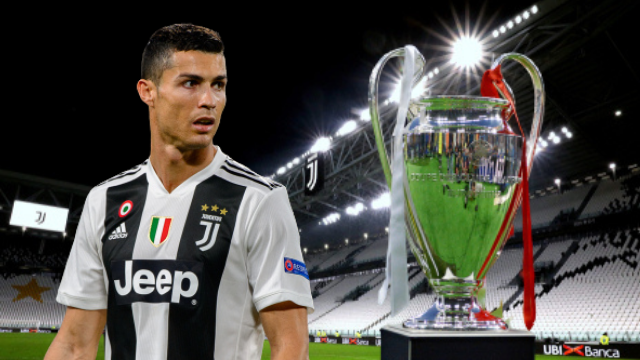 Football
3 days ago
By Emmet Bradshaw
Watch: Ronaldo Breaks More Records And Has Very Much Still Got It
Football
2 weeks ago
By PJ Browne
Roy Keane Loves 'Brave And Courageous' Jack Grealish
Football
3 months ago
By Eoin Harrington
Why Has Juventus' Gamble On Ronaldo Failed?
Previous Next