As Manchester City close in on another Premier League title under Pep Guardiola, with the chance of a quadruple still on the table, the club has become almost unrecognizable from where it was in the year 2000.

That was the year that Richard Dunne walked through the doors, signed from Everton for £3.5million to link up with his former manager Joe Royle. Dunne would go on to become club captain and was an important figure in the dressing room during the pre-takeover years. But the early period of his City career was rocky, with question marks around his general fitness and discipline off the field.

These issues almost derailed Dunne's City career altogether in 2003, when he was suspended for two weeks during Kevin Keegan's spell as manager. Man City legend Dennis Tueart, who was a club director at the time, spoke about Dunne's early troubles in an interview with The Athletic.

When we were in the Premier League we needed him to step up to the mark. He liked a drink. He wasn’t very worldly. He was a big, daft lad.

When Kevin took over, he came and said, ‘We’re having trouble here, he’s coming in smelling of alcohol’. We tried to get him to do a bit more work and he was rejecting that. We actually had a meeting at the ground, we had the chairman, manager and Gordon Taylor from the PFA.

We did have grounds to sack him, but obviously we didn’t want to do that. And I tell you what, there must have been a light switch in his head turned on and he realised where he was going and where he didn’t want to go. And from then on, I have to say he was terrific. 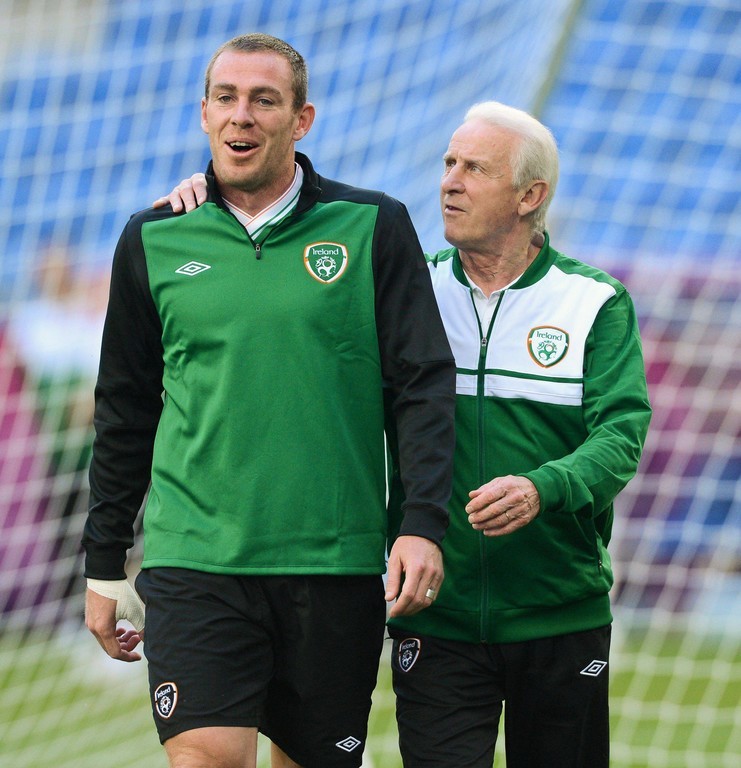 Dunne soon turned things around at City, where he cemented himself as a key player with 296 appearances for the club. He won the club's player of the year award in four consecutive seasons between 2004 and 2008, and he was a widely underrated Premier League defender during those years. Dunne is still held in high regard at Man City, despite the wealth of talent they have signed in the years since he left the club, where he had spells with Aston Villa and later QPR.

Dunne would also become a massively important player for Ireland, particularly under Giovanni Trapattoni. His heroic performance for Ireland in Moscow in 2011 will be remembered for many years to come, and it stands out as the highlight of his international career. Thankfully Dunne's early disciplinary issues did not define his time as a player and he has retired with a hugely successful career to look back on.

Football
1 year ago
By Emmet Bradshaw
United Celebration & City Humiliation: 1995/96 Was A Mad Season In The History Of The Manchester Clubs
Football
3 years ago
By Emmet Bradshaw
How Can A Player Like Sergio Aguero Be Underrated?
Football
5 years ago
By Gavan Casey
Man City's Tweet To Leroy Sané Is Further Proof That Football Clubs Don't Belong On Twitter
Popular on Balls
Football
1 day ago
By Eoin Harrington
'Ronaldo Is A Cod' - Remembering Eamon Dunphy's Infamous 2008 Rant
GAA
18 hours ago
By PJ Browne
The Draw Has Been Made For Tailteann Cup Opening Rounds
GAA
1 day ago
By PJ Browne
Donal Óg Cusack Defends Dublin Hurlers After John Mullane Criticism
The Rewind
2 days ago
By Eoin Harrington
Watch: Brilliant Dermot Morgan Dublin Segment From 'The Travel Show' Resurfaces