Former Spurs Players Clamour For Mourinho To Give Parrott A Chance

While Irish supporters have long been calling for Troy Parrott to be given more first team opportunities at Spurs, it appears that voices from outside the country can now be added to a growing list who are confused as to why the Dubliner is being ignored by Jose Mourinho.

The injury to Heung-Min Son, coupled with the long-term absence of Harry Kane, has resulted in a lack of natural strikers available to the Portuguese manager.

Despite this, he doesn't see Parrott as a viable alternative. He has repeatedly brushed off the prospect of including the Irishman by saying he isn't ready to play at the top level.

However, many are now starting to question the wisdom behind such a stance. There is sure to be even further questions asked after a toothless attacking display in the loss to Chelsea this afternoon.

Writing in his column for the Daily Mail this morning, former Spurs midfielder Jamie Redknapp said Parrott could be the answer to Spurs' current issues and that he must at least be given the opportunity to impress:

If Jose Mourinho needs a striker, then he could do worse than look at Troy Parrott...

With Harry Kane and Son Heung-min sidelined, his is a name on the lips of Spurs supporters. Mourinho has claimed Parrott is ‘not ready’ but my sources at Tottenham say he is the real deal, with all the attributes to go to the very top.

He has power, pace and is not the type to be fazed by a challenge.

He’s been training with the first team, learning from the master Kane and has been capped by Ireland.

I have every faith that Parrott is more than capable of doing a job for Mourinho and I hope he gets an opportunity to prove that, even if it’s off the substitutes’ bench. 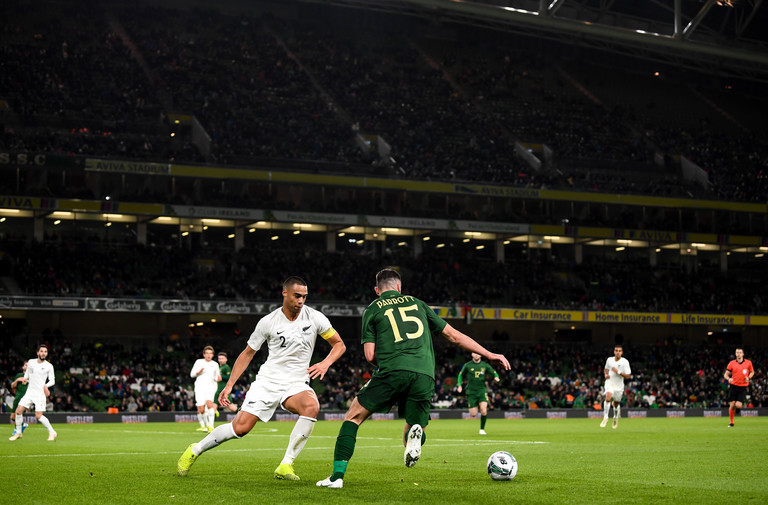 Many people at Spurs certainly seem to be a lot higher on Parrott than his current manager, with news consistently filtering out of the club of how impressed they are with the player.

That is now starting to influence those outside the club.

In the Racing Post earlier this week, Chris Waddle hinted that Mourinho needed to swallow his pride and give Parrott a chance:

Sometimes you have to give a young striker a go – and now’s the time for Jose Mourinho to give Troy Parrott a shot...

The way Spurs play they need a number nine and Parrott is that option right now – and I don’t care that he’s only 18.

Let’s not forget that he’s a full international – he played for Ireland against New Zealand in November – so he’s not a stranger to playing at a high level surrounded by top players.

I don’t think Mourinho has much choice or Tottenham’s top-four prospects could be in real trouble.

He complained on Wednesday that several of his players are jaded and fading. Well, Parrott isn’t...

It’s hard to question Mourinho because of everything he has achieved down the years but I’ve never quite got his reluctance to take chances on kids.

If Mourinho thinks Parrott is going to be so good in three years that he deserves a new contract, then he should have faith in him being good enough now.

Football
1 week ago
By Balls Team
5 Of The Greatest Football Phone-In Moments
Football
1 month ago
By Gary Connaughton
Is Patrick Bamford Ever Going To Play For Ireland?
Premier League
1 month ago
By Gary Connaughton
Timo Werner Reveals How Lampard Convinced Him On Chelsea Move
Popular on Balls
Hurling
12 hours ago
By Dylan Ryan
Mouth-Watering Level Of GAA On TV This Weekend
GAA
15 hours ago
By PJ Browne
'We’re Travelling Alone, The Best You Can Do Is Call Somebody On The Hands-Free'
1

The Rewind
15 hours ago
By Donny Mahoney
The Rewind Recommends: These Five-Star Irish Politics Gaming Reviews
5