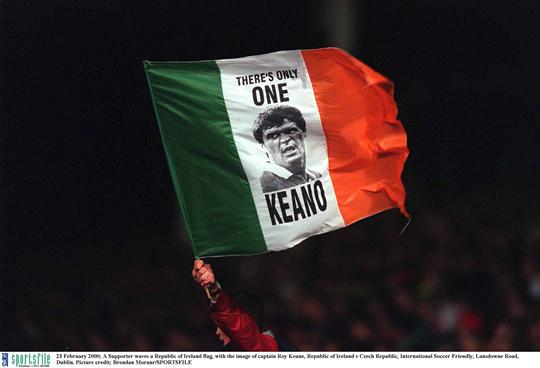 Paul McGrath won the PFA Player of the Year award back in the 1992-93 season, otherwise known as the first episode of Premiership Years. Here are the four Republic of Ireland footballers who have won the big individual awards in English football.

The season before Ireland won a famous victory in Goodison Park, Johnny Carey was crowned the Footballer of the Year. It was only the second year of the award.

A former Dublin minor Gaelic footballer and a League of Ireland player with St. James's Gate, Carey captained Manchester United to the FA Cup in 1948. Manchester United were often the bridesmaids in the late 1940s, finishing in runners-up spot three times in the space of four years.

Carey's team eventually won the League in the 1951-52 season. He later managed Blackburn Rovers, Everton and the Republic of Ireland.

He was 'manager' when Ireland battled Spain in the 1966 World Cup playoff. The word 'manager' must be placed in inverted commas because, as Eamon Dunphy pointed out to us, he was not entrusted to do certain things that today many people believe should be the preserve of the manager. Namely, picking the team.

He was famously sacked as Everton manager in the back of a London taxi, in an incident which is allegedly the inspiration behind the phrase 'taxi for....'

In a retrospective on his long managerial career, Matt Busby simply referred to him as 'the great Carey'.

Nick Hornby found it hard when Brady left for Italy.

Brady was the first Irishman to win the PFA Player of the Year award for the 1978-79 season, the year in which Arsenal beat Manchester United 3-2 in the FA Cup Final. 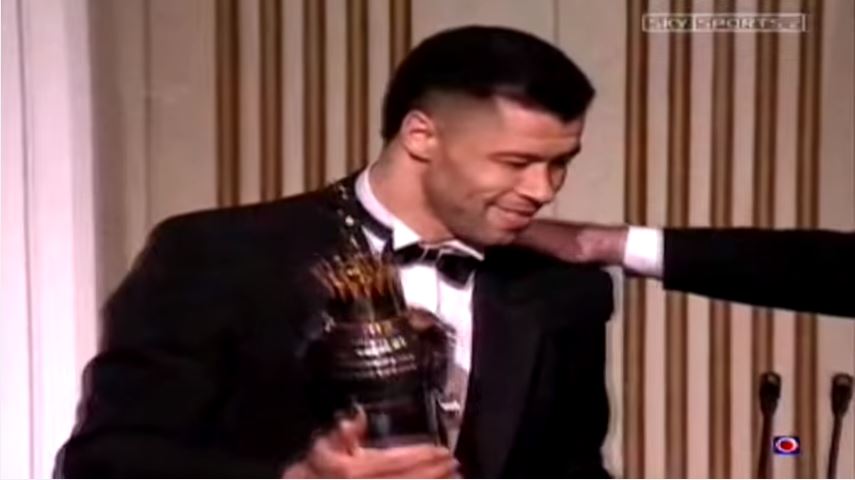 The first year in the history of football.

A season in which cheerleaders flounced around before games and every ground boasted one former terrace which was now a building site. Mr. Bojangles was over Villa and they made the early running. This was good news for the Republic of Ireland for Villa were stuffed with members of Jackie's Army.

Ray Houghton, Steve Staunton, Andy Townsend were ever presents but best of all was Paul McGrath.

In the form of his life, McGrath scooped the PFA Player of the Year award that April when the League championship race was still in the balance. Sadly for McGrath, Villa collapsed in the finale and Manchester United, widely accused of bottling it the previous season, stayed strong.

Keane was probably overdue an individual award by the turn of the millennium.

In 1999-00, he became the first Irishman to win both the PFA award and the Football writers' award. There was little else notable about that season. United won the League by about a thousand points with Leeds United and Arsenal trailing in their wake.

The crowning glory of Keane's season was his performance in Highbury, where his two goals gave United an especially sweet 2-1 victory. He was hitting his peak.

Football
1 year ago
By Aaron Strain
Carey, Martin, Gorman Too - The Ballad Of The Irish Moonlighters

Football
1 year ago
By Aaron Strain
Carey, Martin, Gorman Too - The Ballad Of The Irish Moonlighters
Popular on Balls
Football
9 hours ago
By Gary Connaughton
Quiz: Unravel These 20 Anagrams Of Footballers' Names
2