Is Frank Lampard the best young manager in world football?

Absolutely not, but you might believe otherwise if you relied solely on the English media for information.

Let's be clear, Chelsea have had an decent enough season. They are on course to finish in the top four, something that is helped by the fact that Arsenal and Spurs have had a diabolical campaign, while Manchester United had a very poor first half of the season and Leicester City have fallen apart in recent weeks.

They have also reached the FA Cup final after a dominant win over Ole Gennar Solskjaer's side at the weekend. Winning that competition and securing a place in the top four would certainly be an acceptable campaign.

But according to some, such an outcome would be nothing short of miraculous.

Speaking on BBC 5 Live Sport, Chris Sutton claimed that Lampard achieving such a feat in his debut season at Stamford Bridge would be 'miracle stuff'.

We have to think back to what he took over. This was a club that had an embargo where he couldn't bring players in.

Was the expectation there that had been during the Abramovich regime to go and challenge for a title? No, but there was still pressure there...

At the start of the season, we would say that if Frank Lampard got this Chelsea team to a Champions League spot that is an unbelievable job. If he can add an FA Cup to this as well, that is miracle stuff.

He wasn't the only one spewing this narrative.

Jurgen Klopp has to be manager of the year but I'd make Frank Lampard a close second. Third in table, FA Cup final and CL last 16 after Hazard sale and transfer ban, while bringing through youth, is pretty incredible.

A reminder of what Frank Lampard has had to deal with this season:-

To be 3rd in the league, in a FA Cup final & last 16 in the Chsmpions League is amazing

Frank Lampard is the best thing to happen to Chelsea for a long time. Not only is it looking likely Chelsea will finish top four, Chelsea are also in a cup final and Lampard has attracted players like Ziyech, Werner and now Havertz

Super Frank for a reason..

Right, where do we start?

However, they did manage to sign players. Christian Pulisic was essentially a direct replacement for Hazard, being signed in January of 2019 and arriving that summer. Matteo Kovacic's loan deal was also made permanent, meaning Lampard had two big money signings at his disposal.

The only other players of note to leave were Gary Cahill and David Luiz, two defenders Frank Lampard wanted to get rid of.

It's not as if he inherited a shambles of a squad either.

Even if Chelsea were to win their last two games of the season, they would still finish with less points than Sarri did in his only campaign at the club. Chelsea have also already conceded ten more goals than they did in 2018/19, although admittedly scoring one more.

This tweet put it more eloquently than we ever could.

The greatest trick Frank Lampard ever pulled was getting people to forget that Chelsea finished third last season (with more points than they’re going to get this), and won the Europa League to boot. You’d think he’d taken over mid-table no-hopers.

It also worth remembering that Sarri was widely criticised by both the media and the club's support last season.

Hardly. This entire season has been a love-in for the English media, especially since the season got back underway a few weeks ago.

One could never doubt the brilliant Lampard, despite the obvious weaknesses in his management style and failure to fix persistent issues in the Chelsea team. It has been tough to listen to at times.

One of the best examples came in Henry Winter's match report in The Times after Chelsea overcame Leicester City in the FA Cup quarter final. That was a game that Chelsea won 1-0, scoring the only goal in an improved second half performance after being absolutely woeful in the opening 45 minutes.

How did that match report begin you ask? Like this of course:

As one of the finest English midfield players of the modern era, Frank Lampard constantly imposed himself on games. As a young head coach, taking charge of Chelsea for only the 45th time, adding to his 57 matches at Derby County, Lampard continues to change the flow of games with strong words and sound substitutions, turning the tide his way.

That was the OPENING paragraph. You can imagine where this is going.

This game saw Lampard make three substitutions at halftime, obviously a masterstroke. The most ingenious part of all this was telling substitute Ross Barkley to score a goal:

There was something rather pertinent about Lampard sending on Ross Barkley, urging him to get into the box and score, which the England international promptly did. Just as Lampard used to...

He took responsibility as a player and does as a manager. Players respond to him.

An incredible piece of management, telling to players to put one in the onion bag.

About those halftime changes...

One of the reasons many people have been screaming Frank Lampard's praises is his youth policy. He has brought Tammy Abraham, Mason Mount, Billy Gilmour, Reece James, and more into the team and immediately made them all world beaters.

Except it's all bollocks. Yes, Lampard did bring those players into the team. He has also has the tendency to toss them straight back out the second the going gets in any way tough.

Tammy Abraham has been replaced in the starting XI by a soon to be 34-year old Olivier Giroud.

As for those changes he made at halftime in the Leicester game? He took off Reece James (20), Billy Gilmour (19) and Mason Mount (21) and replaced them with Cesar Azpilicueta (30), Ross Barkley (26) and Mateo Kovacic (26).

But at least he gave them a chance you say? He won't next season.

Chelsea have already spent £100million on Timo Werner and Hakim Ziyech, and want to spend another £80million on Kai Havertz. So much for a new Chelsea focused on youth.

A big change for a manager whose appointment was literally cheered out loud by the club's academy. Or so we are told. 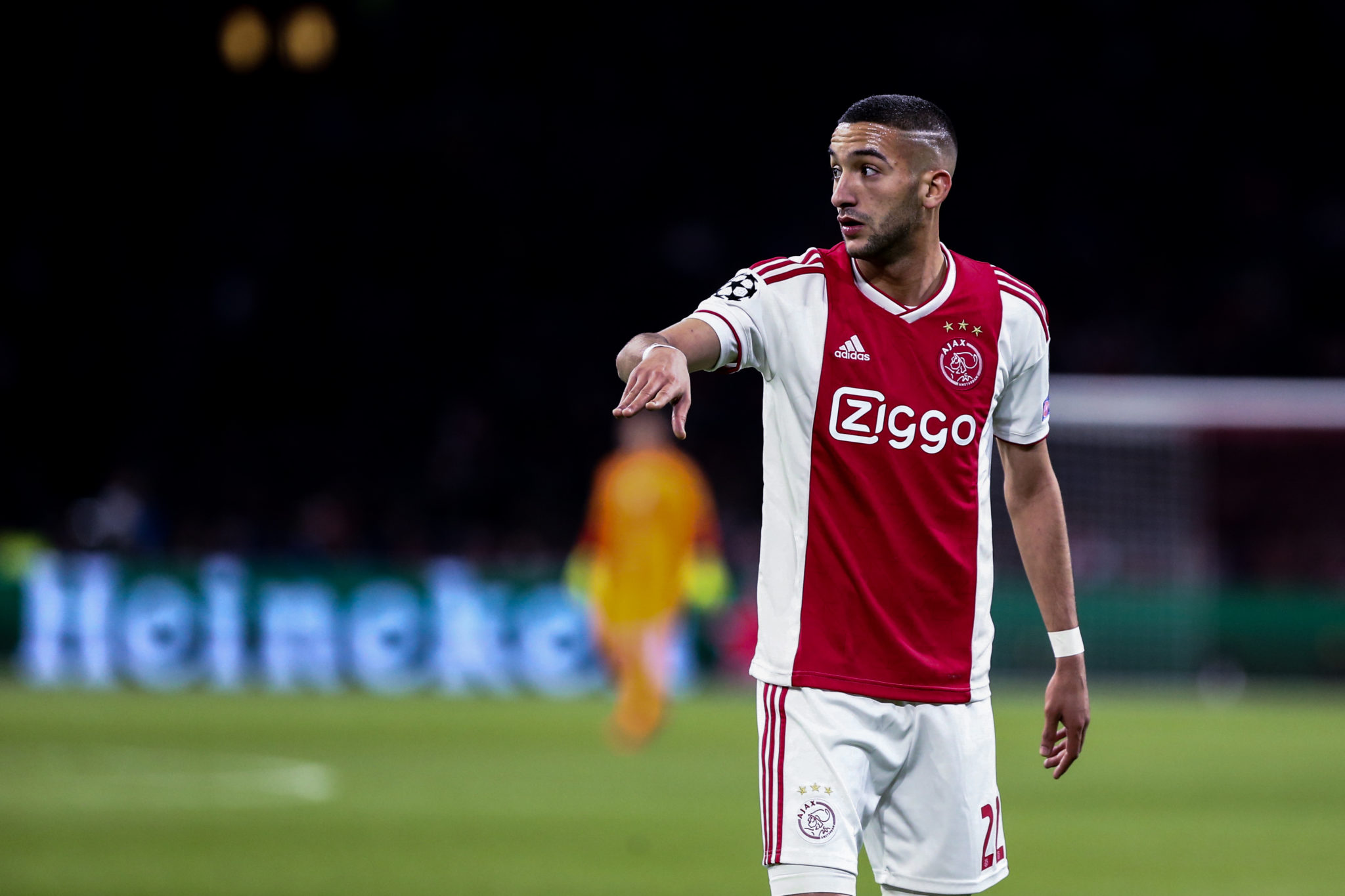 In yet another glowing Lampard piece in The Times by Tom Roddy, we are told how the secret to his reign early on was a five-minute meeting which 'sewed the seeds of community' at the club. Incredibly, it is claimed that no other manager during the Abramovich era had thought to have such a meeting.

A meeting after being appointed as the manager of a club? Another example of that outside the box thinking.

Their boy Frank is just cut from a different cloth.

Don't ever call him 'Frank' to his face, however. That is the reason he sold David Luiz according to this piece, who referred to his manager by his first name in a disagreement. He was out on his arse a few days later.

Other tidbits of Lampard's genius mentioned in the article include giving out to his squad after bad results, and explaining the decisions he makes to the players. He truly is a visionary.

Frank Lampard has done a decent job with Chelsea this season, but not much more than that.

He should be judged on his merits as a manager, not being given incredible amount of praise for doing stuff that all other managers do simply because of who he is. Then again, that is the only reason he got the job in the first place.

Maybe Lampard will turn into a brilliant manager. If he becomes half as good as many people seem to think he already is, Chelsea may never lose a match again.

Hurling
46 minutes ago
By Dylan Ryan
'I Missed A Few Vital Ones In The Second Half, Which Will Need To Be Addressed'
GAA
1 hour ago
By Daragh Ó Conchúir
Rockett Goals Set Up Déise/Westmeath Decider, Devane Propels Tipperary To Knockout Stages