Frank Lampard Reveals Ruthless Nature Of His Sacking At Chelsea

Frank Lampard will have somewhat of a strange legacy as Chelsea manager.

He did a decent job in his first season in charge, bringing through some young players and achieving a top four finish. However, the team wildly underperformed during his second season in charge. The fact that they would go on to win the Champions League a few months after his sacking only drove this point home.

It is clear Chelsea were justified in their decision to sack the Englishman, although some felt at the time that he should been allowed to continue as manager.

For Lampard himself, the culture of sacking managers at Stamford Bridge meant he was not all that surprised when the decision was made to let him go. However, that did not make the process any less brutal.

Speaking on The Overlap with Gary Neville, Lampard recalled how a text from Chelsea chairman Bruce Buck meant he knew his time at the club was coming to an end.

I could feel it. I was sort of being told some things that it might happen. Rumours (from outside the club)...

I think that's normal. Chelsea is a club, and they've had huge success with it, that changes managers. It doesn't take long for people to jump on that ship.

I'm not silly, so you listen to those things and just keep working...

We had beaten Luton Town in the FA Cup. The next morning I got a text from Bruce Buck - the chairman of the club - saying 'can you move training and come and meet us in the boardroom.

It was that first message as well, you kind of wake up and say 'I'll have a flick on Instagram or something'.

Once the club makes that decision, there's no nice way to do it. [The message said] 'can you can come and meet us in the boardroom at Stamford Bridge'.

I knew straight away. There is no nice way of doing that, there may be different etiquettes in doing it, but the result is the same.

When I met Bruce and Marina it was very cordial. I knew what was coming as well.

Not at the time, but you're thankful for the period, they're going to move on so there's nothing you can do there. I had never been in that position before so it was a bit surreal, but it is what it is.

You know when you take the job that that call may come, at Chelsea it probably will come unless you go and win back-to-back titles all the time. That was never going to happen.

Chelsea had already sounded out Thomas Tuchel to become their next boss at this stage, with the announcement of his arrival coinciding with the of their previous manager's departure.

Lampard was sacked with the club sitting in ninth place in the Premier League, despite spending over £200million on players the previous summer. He also boasted the worst points per game ratio of any manager in the Abramovich era.

We're not sure he could have had many complaints. 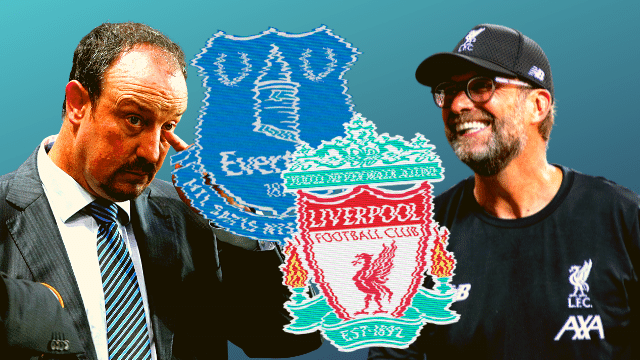