He'll go down as one of Chelsea's best ever players. He has the chance to establosh the same legacy as their manager. But there's one thing we know for sure about Frank Lampard. He is the most prolific author in Chelsea's long history.

The crux of the series is as follows: the eponymous Frankie and his friends find themselves in possession of a magic football, which, when kicked  in a certain way (the only apparent rules governing this is that the ball must be kicked in the opening chapters) a portal is opened up through which Frankie - along with his friends Charlie and Louise and his dog Max - are transported into a magical world filled with fantastical and malevolent characters.

The only way in which Frankie and his friends can escape the treachery of their opponents and return home is to beat them at a game of football.

SPOILER ALERT: Frankie and his friends usually win, invariably through learning of the importance of teamwork and a spectacular winning goal by Frankie.

We read four of the Frankie's Magic Football titles: Frankie Vs The Pirate Pillagers; Frankie Vs The Rowdy Romans; Frankie And The World Cup Carnival; Frankie Saves Christmas, and we have found seven reasons why Lampard has produced a series of works of great artistic merit.

Lampard, when quizzed about his inspiration for the series, has said that the "the characters are loosely based on friends and team-mates I've played with over the years". Using this, Lampard has showcased a sharp, satirical eye and skewered some of the characters he has come across in the world of football.

For example, Frankie's elder brother Kevin spends the opening books of the series saying that he refuses to play football with Frankie: a level of on-pitch incompatibility reminiscent of Lampard's England career with Steven Gerrard.

Elsewhere, in Frankie And The World Cup Carnival, Lampard introduces us to an arch-nemesis called Diego, who steals both the World Cup final ball and the trophy. Diego had a playing career cut short, and that disenchantment has bred a kind of evil.He sits in a high-back chair that swivels upon the press of a button in true Blofeld style. His inherent evil reaches its dramatic crescendo with the declaration "This is a war - a war against football!". This Diego character is quite clearly based on Jose Mourinho.

Finally, the first character we are introduced to (outside of Frankie and his friends) is Mr. Donald, Frankie's PE teacher. He is described as "a balding man, with pale skin and wide eyes", stumbling out of a haunted house covered in cobwebs and spiders. This man is evidently Avram Grant, football management's closest thing to a gravedigger.

2) This caustic satire is not just reserved for Lampard's teammates

Lampard has shown that his furious and relentless skewering of the football world is not simply limited to his own experience. Consider this scene from Frankie Saves Christmas.

Santa's sleigh arrives at Frankie's house to convince the young protagonist to travel to the North Pole to helps recover Christmas presents stolen by the Krampus.

The sleigh is pulled by seven reindeer: Pele, Ronaldo, Zidane, Crespo, Lineker, Cantona and Cruyff. As it transpires, the eighth reindeer - Maradona - went rogue when Pele's promise to promote Maradona to the front of the pack failed to materialise. Fed up of bringing up the rear, Maradona helped the Krampus thieve the presents from Santa's grotto.

It is a piece of writing which strikes to the very heart of both Pele's disingenuous and self-aggrandizing nature and Maradona's impish insubordinacy.

3) The author shows himself in a totally different light

The greatest works of art make us reimagine and reconfigure our previous impressions of the person behind said work of art. Lampard achieves this through Frankie's Magic Football, as he comes across as a self-effacing and self-deprecating man, unafraid to turn his caustic satirical pen upon himself. Lampard scored a remarkable 147 league goals for Chelsea, but most of them carry the caveat of being deflected in off other players.

Lampard is happy to highlight this asterisk among his goalscoring records. Among the numerous plot twists and turns in Frankie And The World Cup Carnival, he must rescue his friends from a horde of hungry alligators by kicking the ball from one river bank to the other. He finds the chasm between the edges of the river is just too wide unfortunately, with Frankie's previous efforts falling short. The third and final effort succeeds, however, as Frankie changes tactic as Lampard draws on his experience in front of goal:

Frankie kicked the ball. It shot low over the water then bounced over an alligator's head. Then it bounced again, and again, and again, ricocheting off the bridge of reptiles. It skidded on the far bank and Frankie's friends cheered. 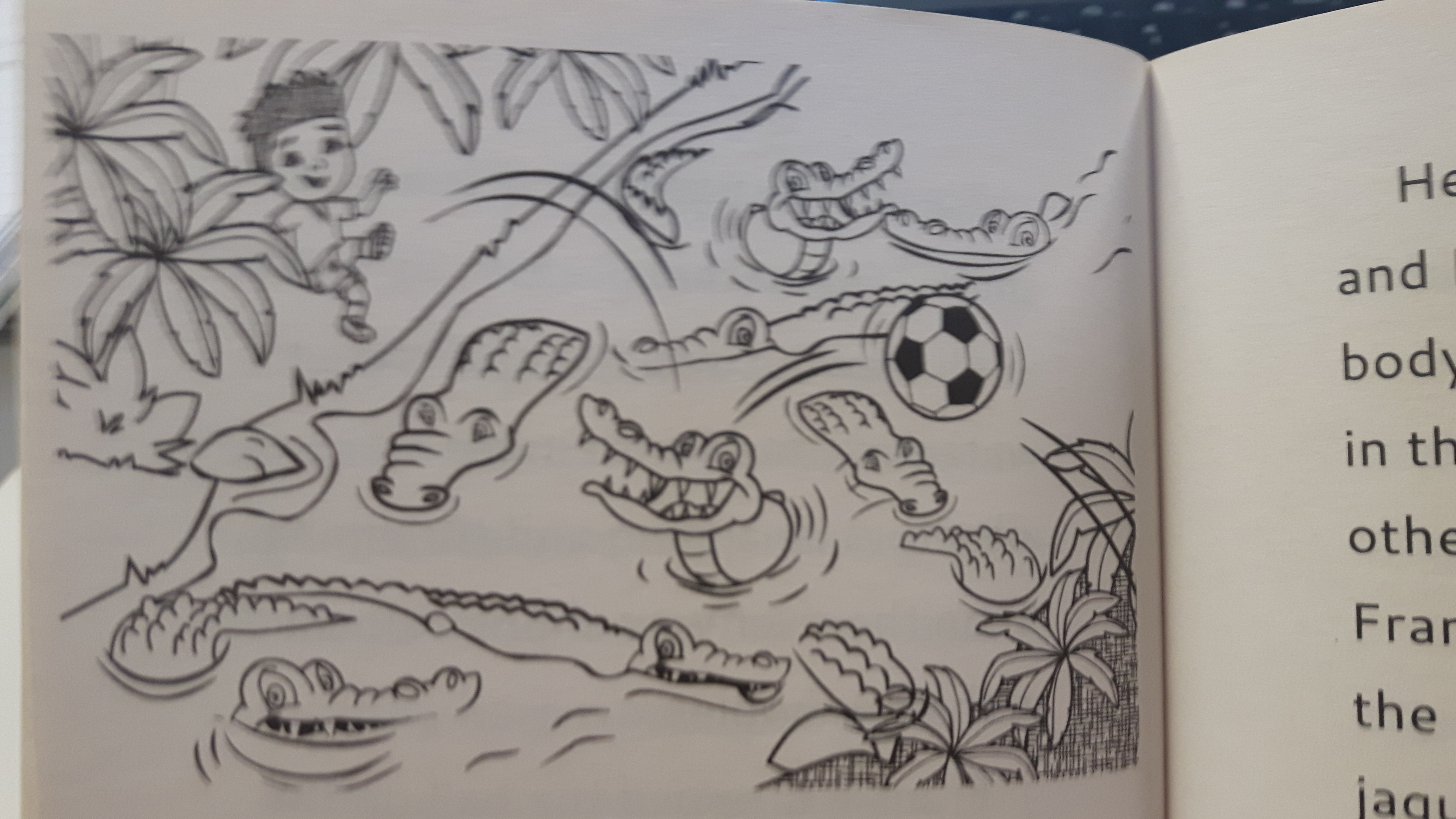 Frankie achieving success through the art of the deflection shows Lampard to be a more humble and self-deprecating man than we had thought previously. Truly ground-breaking.

4) The books demand a close reading

Author Vladimir Nabokov - himself a huge football fan - lamented readers' failure to pay his work the close attention it deserved. Lampard addresses the questions posed by Nabokov by demanding his readers pay close attention. At the end of each book, Lampard challenges his readers to find a flag hidden somewhere in the book in return for a 'Frankie's Magic Football Bag'. They are usually found hidden among the books' numerous illustrations.

5) The books engage with lofty works of literature...

Frankie's older brother is called Kevin, and the latter has a rather literary nickname for his younger sibling: 'Frankenstein'. Now this is almost certainly a reference to Mary Shelly's 1818 novel Frankenstein, in which scientist Victor Frankenstein creates a sentient monster out of disparate body parts.

We assume that Lampard is not, as many are prone to doing, mistakenly believing that Frankenstein was, in fact, the monster itself, nor is it a mindless and handy nickname bestowed upon Frankie. It is, in fact, an intelligent reference to the work itself: Lampard's creation of a magical world of such wild and diverse characters to create a body of work is similar to Victor Frankenstein's sourcing of an array of varying body parts to create the body of the monster.

Lampard's creation of a magical world of such wild and diverse characters to create a body of work is similar to Victor Frankenstein's sourcing of an array of varying body parts to create the body of the monster.

Frankie's Magic Football is a rich resource for any English literature academic.

The books also engage with one the main facets of modern football: statistics. Lampard rates a number of attributes of each character out of ten at the end of each book, in an Opta/ProZone literary dream: 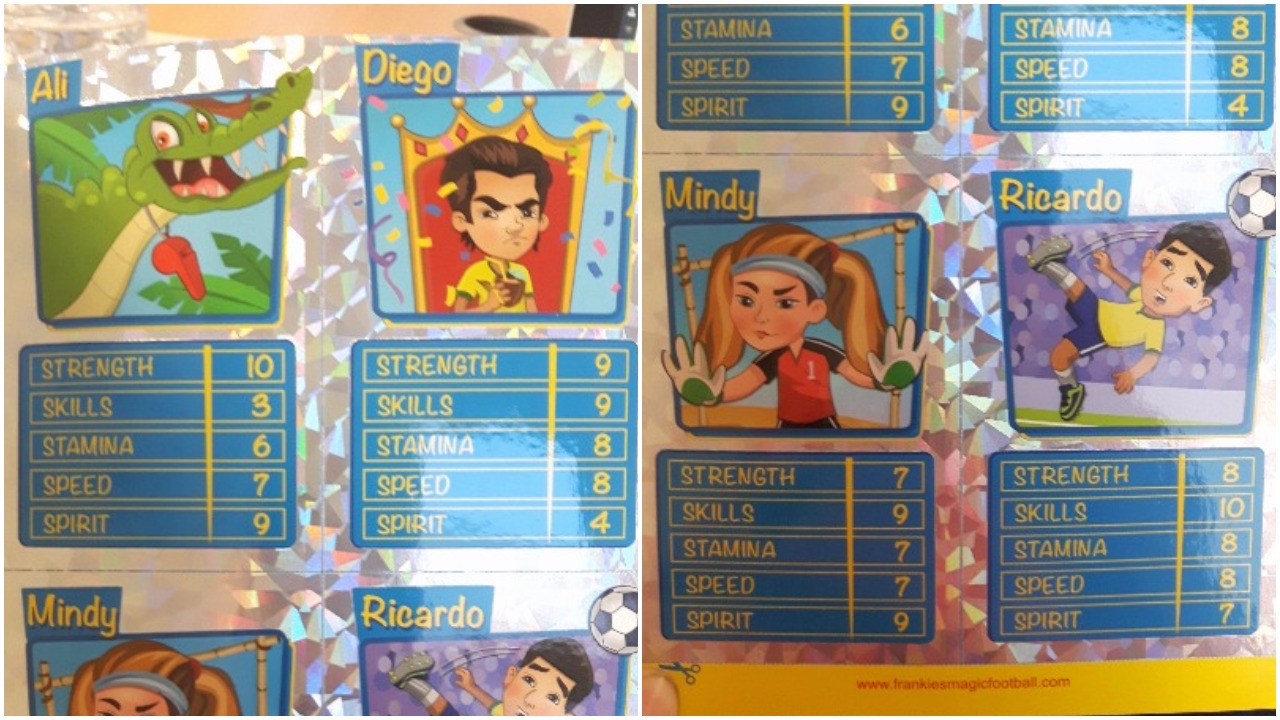 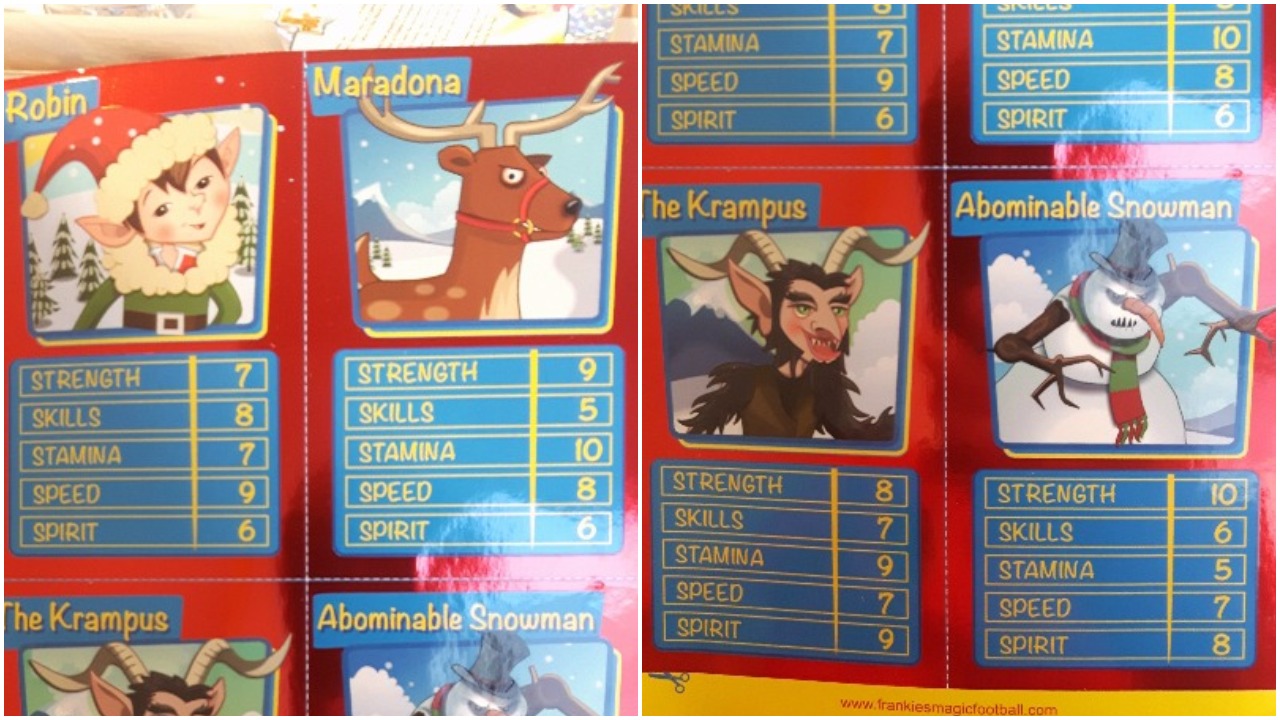 Although here Lampard briefly forgets his newly-revealed humble nature, giving himself '10' in both spirit and skills: 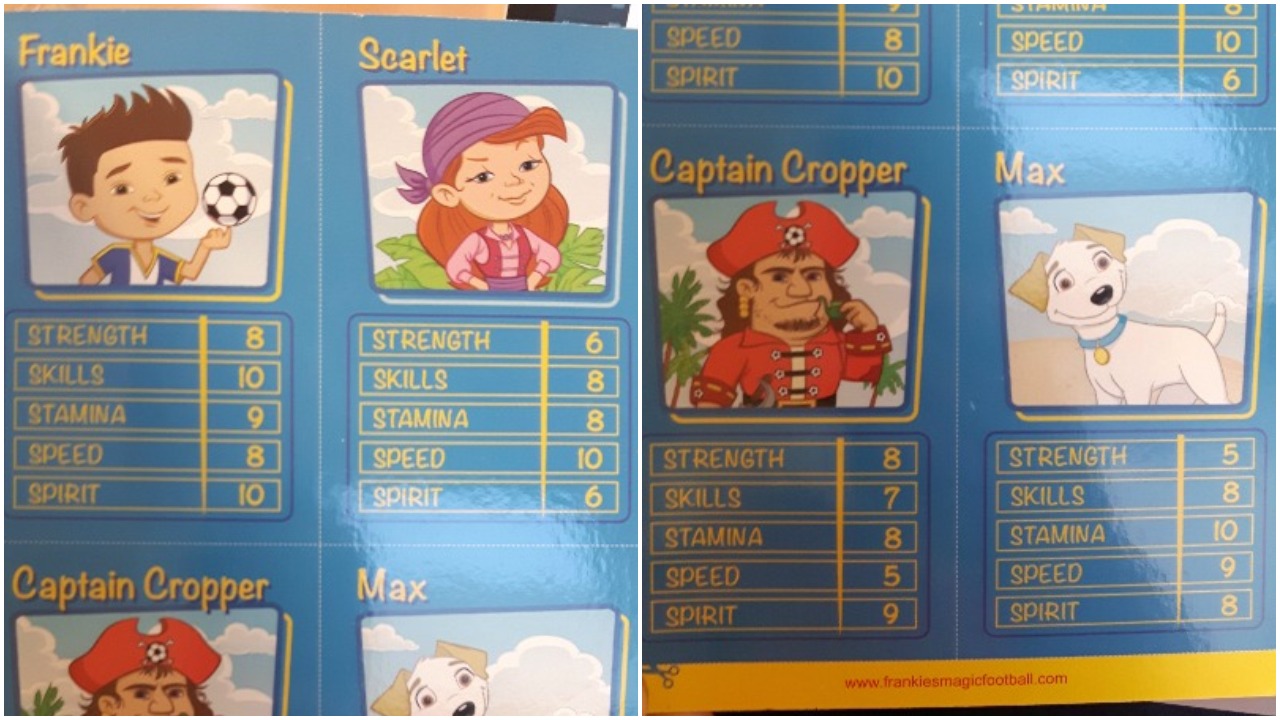 7) The books took a long time to jump the shark

For any series, the moment at which they jump the shark - extend themselves beyond all levels of integrity and credibility - is when they relocate the series in space. (See: Muppets from Space). This moment did not arrive for Lampard until the twelfth book: Frankie's Magic Football: Meteor Madness.