Republic of Ireland fans might take a few more days to enjoy the two wins. But the team will be looking ahead to November 11th in the Aviva Stadium.

Even if World Cup qualifying has passed us by, the victories over Azerbaijan and Qatar have instilled a new sense of optimism in our next few fixtures.

Just two more games will see out Group A for the Republic of Ireland and one of them will be at home. Table toppers Portugal touch down on Irish soil.

Wouldn't it be great to see a full Aviva Stadium for our last match in front of a home crowd in 2021? There's probably more of a chance this will happen than it won't.

Exciting news for Connacht. Their home game against Ulster on the 23rd of October will be held in the Aviva.

Andy Friend stated they checked with the @ConnachtClan before making this decision. Make sure to get to Dublin that day to support @connachtrugby 💪 pic.twitter.com/jCu2X8sw41

After all, in announcing the final easing of Covid restrictions, Taoiseach Micheál Martin vowed to lift all capacity limits for stadiums by October 22nd.

Placing your trust in governmental words is a dangerous game. But there are plenty of signs pointing to this promise following through.

The scheduling of the Connacht vs Ulster game in the Aviva Stadium, a day after the restrictions lifting, is one reason for optimism.

No capacity limit has been placed on that game on October 23rd. It'll be the first real test of a large capacity crowd not held in Croke Park.

While we're on Croke Park, the bigger stadium benefitted from bigger numbers. Operating at 50% capacity allowed it to herald over 40,000 for championship games.

There was some fallout from those games, most notably for what was happening outside the stadium rather than in. But it proved an example it can be done.

That's not including the 75% capacity set for Thomond Park on Saturday as Munster welcome Connacht. An increase on their hosting of Cell C Sharks weeks prior.

How can the Republic of Ireland attract a sellout Aviva Stadium?

Just 300 tickets left for Ireland's game v Qatar tomorrow according to the FAI (25,000 capacity)....safe to say it's going to sell out

The appetite is clearly there for live football given the ticket sales from Qatar alone. A friendly game against the 43rd ranked country in the world managed a 25,000 sellout.

We haven't had a sellout since that fatal night in November 2019, when Denmark destroyed our hopes of qualifying for the Euros.

The opposition often times can swing ticket numbers between full capacity and just falling short. There's not much of a bigger draw in football than Cristiano and co.

Throw in Bruno Fernandes, Ruben Dias, Bernardo Silva, Diogo Jota just to name a few. Fans of Premier League teams will be chomping at the bit to see their favourites.

Another point to make; the Portuguese didn't let any travelling fans into Estádio Algarve for the infamous night where we won 89 minutes of that game.

There's an element of redemption in this Republic of Ireland vs Portugal storyline. A team who a few weeks ago we probably thought we'd have to run from for a result.

What happened in Portugal showed Stephen Kenny's side can compete with the best for the guts of ninety minutes. Still, there's more intrigue in this from a redemptive aspect.

A date has yet to be announced for when tickets go on sale for the Republic of Ireland vs Portugal at the Aviva Stadium on November 11th. It'll likely be at some stage next week.

See Also: Jonny Evans On How Roy Keane Turned Up At His Front Door To Sign Him 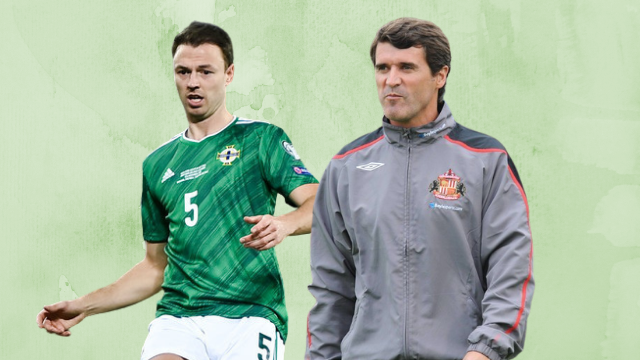