'If They Don't Consider Themselves Irish, Then They Shouldn't Play For Ireland'

It seems to be very much a case of 'once bitten, twice shy' when it comes to Irish football supporters and English-born players pulling on a green jersey. After the sagas surrounding Jack Grealish and Declan Rice, many feel we should abandon the policy of recruiting player born in England to line out for our international sides.

While such a move would of course be a huge overreaction, you can see why some people are so hesitant.

Then again, this is an incredibly complex subject. National identity is not a straightforward concept. Quite often, the place you are born has little to do with the nation you feel you belong to.

Gary Breen knows that better than most. While he was born and raised in England, he never considered himself as anything other than Irish. When he pulled on a green jersey, he was fulfilling a lifelong ambition.

Speaking at the unveiling of Premier Sports' Premier League broadcast team for the upcoming season in Dublin yesterday, he said players should have to nail their international colours to the mast at a much earlier stage.

If you're talking about the likes of Patrick Bamford and that, if they don't consider themselves Irish, then they shouldn't play for Ireland. Simple as that.

At the same time, Mick McCarthy has a remit to get the best possible team to play that is eligible. That's the crux of the matter for me.

When you're 18 and you sign your professional contract declare who you want to play for, or who you believe you are.

I know this is a romantic notion, but as an Ireland fan when I watch the team I want to know that all those players playing dreamed about playing for Ireland, like we all did when we were kids.

Now I know it doesn't always work out like that, the world is so cosmopolitan. I just don't want to see us chasing people who don't actually consider themselves Irish. 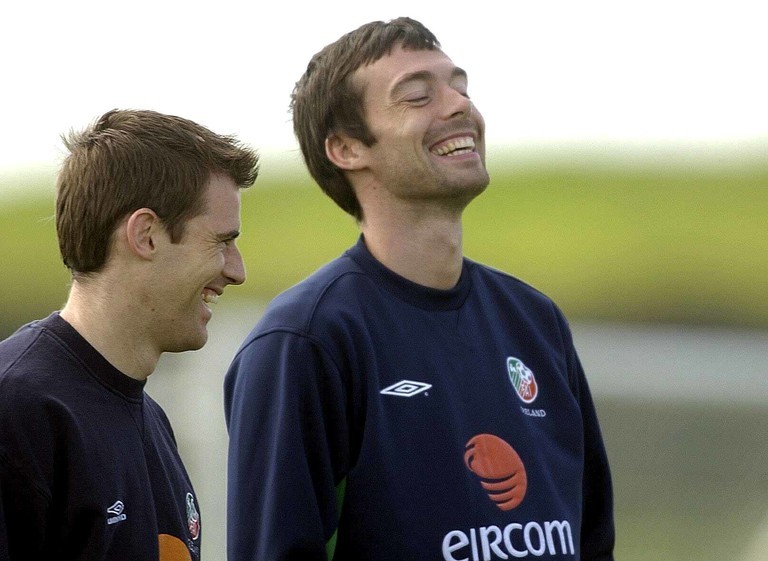 In the past we have seen players take a long time to pledge their allegiances to Ireland. Patrick Bamford can't seem to make up his mind, while the likes of Liam Kelly and Dan Crowley also wanted to keep their options open.

For Breen, there were never any such doubts.

I was born in London, but there was no point in my life I ever considered myself as anything other than Irish. I don't have any English family.

Unfortunately, my mum and dad had to leave Ireland at a time when loads of people did, to go to London in the 1970's, which wasn't a particularly welcoming place.

I don't think it's about where you're born, it's 'do you think you're Irish'?

Of course, the earning power of English footballers usually far outweighs that of their Irish counterparts. Like it or lump it, that is going to be a part of their decision in the modern game.

You can see it with Declan Rice. His profile across the water has grown in multitudes since his international switch.

Does Breen think monetary considerations are playing a part in the minds of these players?

I'm certain their agents are (thinking of money).

I've had to learn this, but it's never as black and white as when Kevin (Kilbane) and I say this stuff. There are going to be guys who think of themselves just as much English as they do Irish. That's just how they think.

That's why I say you should declare at 18. Everyone is saying 'well you don't know at that age'. You do know at 18, of course you know. You know who you want to play for.

In my mind it shouldn't be a career choice, it should be one from the heart.

Football
5 days ago
By Gary Connaughton
8 Players That Turned Down The Chance To Play For Ireland
Football
1 week ago
By Gary Connaughton
Here Are All Of The Irish Transfers That Have Been Completed This Summer
Football
1 week ago
By Maurice Brosnan
Balls Remembers: Roy Keane's Remarkable Relationship With Tolka Park
Popular on Balls
Football
21 hours ago
By Andrew Dempsey
Hugely-Talented Irish Teenagers Sign First Professional Contracts With Brighton
Olympics
17 hours ago
By John Dodge
Here's What You Need To Know Ahead Of A Huge Night For Irish Rowing
Olympics
21 hours ago
By PJ Browne
Irish Swimming Relay Team's Olympic Interview Should Make Nation Smile