Anyone who is familiar with Gary Lineker's social media presence will know this already but, if you don't, we'll let you in on a little secret: he can be a bit of a troll when it comes to Twitter.

The Match of the Day host is one of the more interesting follows on Twitter, mixing in insightful analysis and, as today's youth might say, 'banter' by the truckload.

Don't forget, it was an errant tweet about Leicester City's title hopes last season which led to Lineker having to present the first Match of the Day of this season in his jocks - and fair play to him for keeping his word.

Lineker's latest social media nugget involves a comment he made after Arsenal confirmed two new signings on Saturday, criticising them (with his tongue firmly in his cheek, to be fair) for trying to 'buy the league'.

Legendary Ireland and Leinster centre Gordon D'Arcy was one of the dozens who took the bait and, judging by his follow-up tweet, we think Lineker was pleased with his evening's work.

Check out the full exchange below. 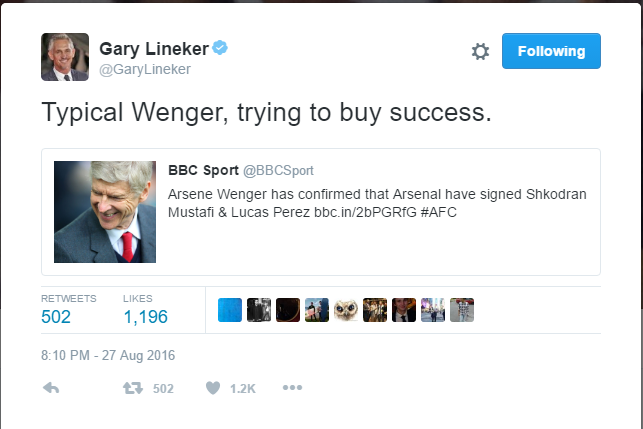 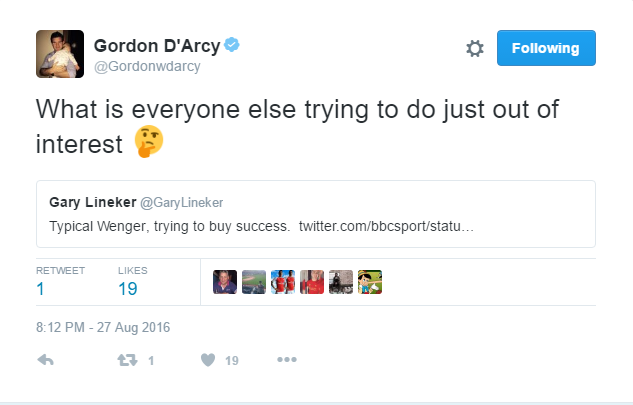 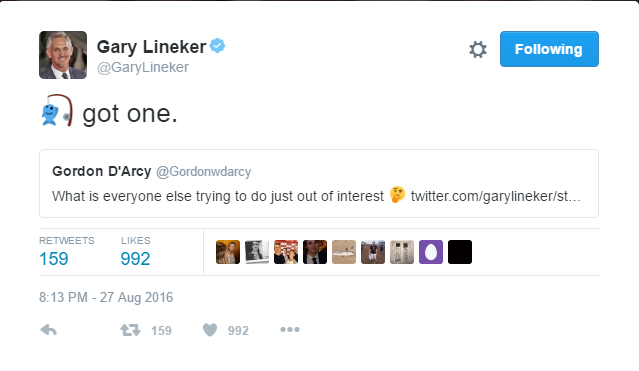 When @GaryLineker hands you your own ass on Twitter 😬🔫 pic.twitter.com/dgSU2njogm

See Also: Man United Show Spirit Of Old, But An Assist Does Not Mean Wayne Rooney Should Be First-Choice