After the humming and hawing of what was an overly long and complicated group stage, Euro 2020 will be kicking into a new gear over the coming days with the commencement of the knockout stages.

Having spent the last two weeks playing 36 games in order to eliminate only one-third of teams in the competition, the high stakes environment of the last-16 will certainly be a welcome addition.

It doesn't hurt that there are some enticing fixtures to look forward to. The meeting of Belgium and Portugal has the potential to be an instant classic, while Croatia vs Spain should also be a fascinating tactical battle.

Of course, no match will get more attention than England-Germany.

The two sides will be meeting at Wembley on Tuesday evening on what is sure to be a huge occasion. It is also massively difficult to tell what way the game will go, with both sides having flattered to deceive at times over recent games.

Much will be made of Gareth Southgate's team selection over the next few days, with plenty of debate set to be made of the system used, as well as potential places in the side for the likes of Jack Grealish, Phil Foden, and Bukayo Saka.

Gary Neville has already told us the team he would select for the game, going with a 5-2-3/3-4-3 formation.

Ignoring the fact that he has not included a goalkeeper, something pointed out by Edwin van der Sar, this team sums up a major issue with the English psyche in major tournaments.

Neville knows all about the process behind English team selections at such events having been part of Roy Hodgson's staff from 2012-2016.

What is notable about the above team is that every area of it has been chosen in order to counteract the way the opposition will play.

A back three is used to mirror Germany's system, with two holding midfielder whose only role will be to stop Toni Kross and Ilkay Gundogan from dictating the pace of the game. Neville even plumped for Sterling and Saka in forward areas not for the issues they could cause Germany, but instead as they are best suited to closing down and tracking the opposition.

There is little thought given to selecting personnel that could outplay the Germans.

While Neville is no longer part of the England setup, such tactics would fit with what we have seen from the team in this tournament thus far.

Southgate's tactics have been very much safety first. Their fullbacks are rarely allowed to venture forward, while including two holding midfielders stifles their creativity in midfield. There was a sense that the tactics in the group stage were preparing the side for tougher tests ahead.

The fact that they only scored two goals in total against three relatively poor teams should set alarm bells ringing. Not only is this brand of football not the most pleasing on the eye, but you could also argue that it would not even be the most effective way of winning games.

English football have may have a major sense of superiority, but it also often lacks the bottle to follow through with that on the biggest occasions. 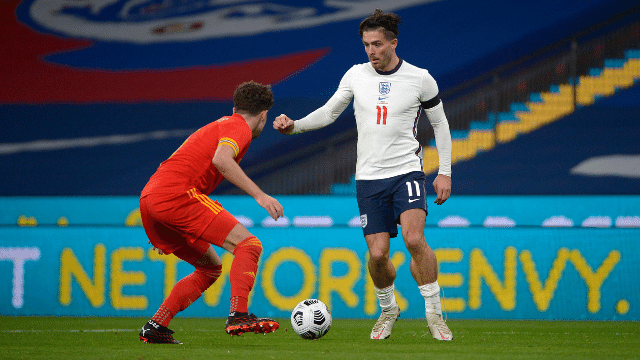 Having been forced to sit through the last few months of everybody associated with the English football media telling us that no other nation could match their abundance of attacking talent, now the only concern seems to be their inability to match up with the opposition.

England do indeed have a number of quality attacking players in their squad. Most managers would love to have the likes of Harry Kane, Jack Grealish, Phil Foden, Mason Mount, Raheem Sterling, and Jadon Sancho in their team.

The issue is that Gareth Southgate doesn't seem to trust a number of their players, with his hesitancy to include Grealish and Sancho believed to be down to his belief that they are not all that good at stifling the opposition out of possession.

This ignores the fact that this pair are the country's most creative attacking talents, the only ones with the ability to create a chance out of nothing.

If England approach the Germany game as a containment exercise, it is unlikely to get well for them. Exposing the weaknesses in Joachim Low's side should be the priority.

After all, this is hardly a vintage German team. While they were excellent in spells against Portugal, they struggled badly against France and a bang average Hungarian side.

If England are to do anything in this tournament, a possibility that looks fairly remote at the minute, they need to have a major change of mindset. That is something that Gareth Southgate is unlikely to agree with.

SEE ALSO: A Mad Night At The Euros Turned Into A Very Good Evening For England 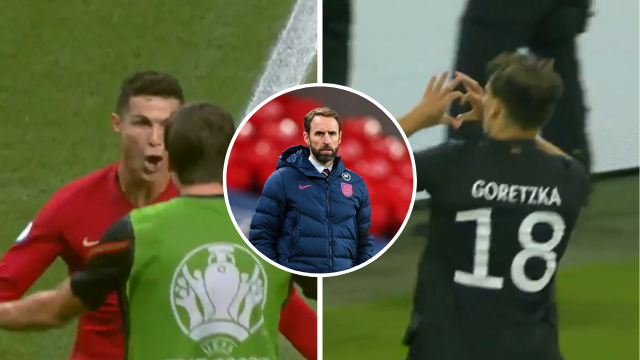