Today could be a big day at Manchester United. While we have seen their supporters protest against the ownership of the Glazers before, the images of fans storming the pitch at Old Trafford will certainly crack up the pressure on the American family.

The attempted to form a breakaway European Super League have caused uproar amongst the supporters of the six English clubs involved, perhaps acting as the straw that broke the camel's back for United fans.

They have long been disillusioned with how their club has been run. However, other fan bases could well follow suit.

Liverpool's owners Fenway Sports Group (FSG) have done a lot to turn around the fortunes of the side over the last decade, but they have also made a number of moves that have not gone down well on Merseyside. That included an attempt to raise ticket prices and furlough club staff.

After slamming the behaviour of the Glazers on Sky Sports this afternoon and saying United fans were right to launch a strong protest, he said we could see the same from Liverpool supporters after what he described as a number of 'desperate' behind the scene moves by FSG in recent times.

That is not what you do at this football club or at Liverpool Football Club.

Whether the Glazer family have been good or bad, what they did two weeks ago is not acceptable and an apology is not good enough...

They have been part of four things in the last 12 months which are desperate signs, they are acting desperately behind the scenes.

They furloughed their players, that is very un-Liverpool like. They tried to cut their wages behind the scenes. They've gone for the 'project big picture' and tried to change the 14-6 rule in English football.

And now, along with the Glazer family, have tried to create a European super league. They are desperate actions of the owners of Liverpool Football Club.

I think they are struggling at the moment through covid, they are having economic issues like lots of companies are all throughout the world, but they are acting desperately.

At this moment in time I accept the Manchester United fans are angrier with the Glazer family than Liverpool fans are (with their owners), but Liverpool fans need to see the danger with what FSG are doing.

They are acting desperately behind the scenes.

Once almost universally praised by Liverpool supporters, their relationship with FSG has become frayed in recent times.

Their reluctance to spend in the transfer market grated on some sections of their support, but their recent cost cutting measures and attempts to form the Super League will turn plenty more against them. 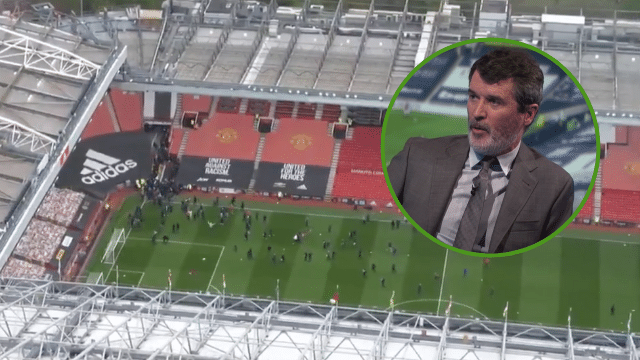 Football
7 hours ago
By Jonathan Browne
What Became Of The Great Monaco Team That Reached The 2004 Champions League Final
Football
8 hours ago
By Eoin Harrington
Given And Lennon Both Keen On Potential Everton Return For Wayne Rooney
Football
13 hours ago
By Gary Connaughton
Carragher Reveals Unhappy Instagram Message From Lionel Messi After MNF Comments
Popular on Balls
Rugby
8 hours ago
By Colman Stanley
Jamie Heaslip Would Include Leinster Youngster In His Current World XV
Football
1 day ago
By Eoin Harrington
Report: Manchester United's Younger Players Are Growing Tired Of Cristiano Ronaldo
Football
2 days ago
By Jonathan Byrne
Watch: Caoimhín Kelleher Pulls Off Wonder Save In Liverpool Cup Win
Football
2 days ago
By Jonathan Byrne
Remembering Jimmy Bullard's Timid Big Dunc Stare Down From 2006