Gary Neville and Patrick Vieira both have doubts that Italy can win Euro 2020.

The Italians impressed on Wednesday night with a 3-0 victory over Switzerland, adding to their win by the same scoreline against Turkey in the tournament's opening game.

"I think the first two games that they played, it was too easy," Vieira told ITV.

"I don't think they've been really tested. Of course, you have to win what is in front of you.

Neville said he was hesitant at half-time to call Switzerland a "nice" team but by full-time he was confident that is what they are.

"You don't want to be a nice football team," he said.

"Their achievement is getting to the tournament. They don't believe that they can win a game against a big team. I don't think Italy were ever in trouble. They were completely in control all night.

"The biggest problem for Italy could be that they're not going to be tested. Maybe that game against Wales, you could argue that because they're through, they might play a weakened team but they might want to play their best team, so they actually get a game. The two games they've had so far haven't been a test for them.

"They're a good team. They're achieving their maximum. They're the opposite of Switzerland. They all work really hard. They all know their jobs. They're well-drilled. I agree with Patrick, I feel they'll fall short.

"I know they're getting a lot of plaudits at the start of the tournament with their first two performances, they've done everything that's been asked of them, but I do feel once they start to play against the better teams, they won't have enough."

The level of effort from Switzerland against Italy irked Roy Keane.

"Yeah that would probably be an understatement," said Keane when asked if their lack of intensity annoyed him.

"I'll forgive a lot of things on the football pitch, but for players not to show that intensity... We saw that with the last goal. Great example from Italy there of all their quality play, work-rate and desire. Switzerland giving up the fight. Yeah, pretty annoyed with it, I have to say.

"Even the second and third goal, sometimes people think you have the bodies back. But it's no good having the bodies back unless you engage, especially when you smell danger. It's just that lack of intensity and almost laziness with their attitude, especially with the last goal."

See Also: 'I Think It All Started With Roy Losing His Temper!' - Vieira, Keane And Neville On Highbury Tunnel Incident 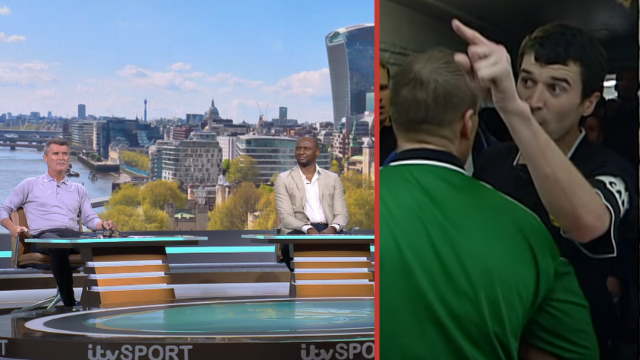