Saturday's draw with Everton was not a happy occasion for Ole Gunnar Solskjaer. Not only was it an opportunity missed to pick up three points against a weakened side, but he also may have put himself in a difficult position after choosing not to start Cristiano Ronaldo for the game.

Picking and choosing your moments to rest a 36-year old forward is the right call, but electing to do so in a fixture right before an international break seems odd. That is without even mentioning Ronaldo's recent goalscoring exploits and United's patchy form in the buildup to the fixture.

It was certainly worth noting just how frustrated the Portuguese star looked after the final whistle.

It is the type of reaction that is not uncommon from Ronaldo after a poor result, but it is one that will hardly help his manager.

Solskjaer has been coming under increasing pressure after his side's patchy form to start the season, especially when you consider their recruitment during the summer. Gary Neville feels this display of frustration from his star man will only add to that.

Speaking on the Gary Neville Podcast, the Sky Sports pundit said that Solskjaer will need to have a word with Ronaldo to ensure there are no repeats of this in the future.

I watched the game and I watched him walk off. I can't say I liked it.

We know those things. He doesn't have to prove that.

He walks off the pitch, muttering to himself, which throws questions up in the air. What is he saying? Who is he annoyed with? It can only come back to the manager.

Cristiano is smart enough to know actions like that will bring real pressure on the manager - more than he is already under.

It is what it is, but I think that is something that has to be managed in the next couple of months.

Cristiano is not always going to score and he maybe can't play every game. But if he's going to walk off like that, it's going to put immense pressure on Ole Gunnar Solskjaer...

He has to look after himself, Ole, he has to be selfish, he's got to make sure that he manages Cristiano in the right way.

I think he'll have a word with him and say, 'Look, if we're going to do that, let's do it in the changing room'.

But Cristiano is not a sheep either. He's not just going to follow and say, 'I'm not going to say anything'. He will demonstrate his dislikes and his lack of happiness with situations.

Whether the Norwegian will do so is up for debate.

There is a sense that Ronaldo is now very much the main man at Old Trafford, with his manager well behind him in terms of stature.

That could spell trouble for Solskjaer if results are poor during United's tough run of fixtures over the next couple of months. 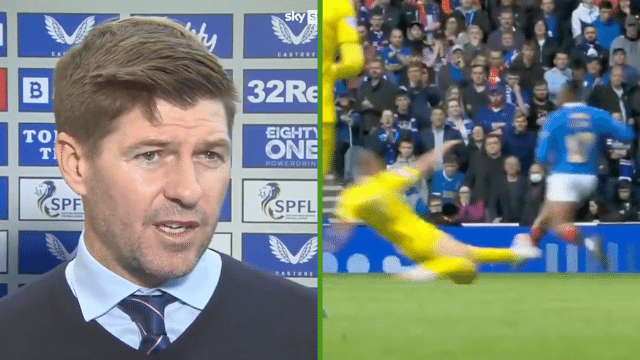