Over the weekend, six Premier League games were postponed from a possible ten. The inconsistencies of the Covid-19 crisis are building up.

Shareholders want the season to continue after a meeting today but clubs are becoming depleted with positive cases and players in self-isolation.

The tensions are rising judging by comments made by several Premier League managers, including Arsenal boss Mikel Arteta and Chelsea's Tomas Tuchel.

Nonetheless - if the shareholder meeting is anything to go by - it looks like the season will continue despite the FA not releasing any updated protocols.

#PremierLeague shareholders will meet at 1pm today to discuss steps forward as cases of #coronavirus increase across the league.

6 of 10 games were #postponed this weekend, and with the condensed Christmas schedule, more games might be in doubt. pic.twitter.com/550tUVkWZn

Speaking on the Gary Neville Podcast, the former Manchester United captain thinks the onus lies on the FA to come up with a concrete plan.

"So far, the league has been considering applications for postponements on a case-by-case basis but there has been criticism over the decision process," Neville said.

"There's probably now going to be a bit of pressure off the back of this weekend as to what's the criteria for a game being called off?"

"Probably the clubs themselves want to understand ... why is that game being called off and why was ours not? What's the criteria? What's the number that tips it over the edge?"

It's likely the FA will decide on something this week but their motive not to discuss any widespread protocols until Monday seems to have left things in disarray.

This is a stealth lockdown. Towns and Cities are deserted. Mixed messaging and a lack of faith in the people delivering the messages have left us in no man’s land.We are living through a global pandemic and having to cope in a post-Brexit economy rudderless. He needs to go now!

Neville isn't sold on the idea of the Premier League taking a break. He's not sure it's the right move or if there's evidence to suggest it would make a difference.

"I wouldn't change it just because of what's happening with respect of Covid," he said. "That's not a reason to change it."

What does a 10-day break give you? Because you're going to start again, players are then going to start mixing again, they're going to come back into training again and then if they get positive cases again in the next few weeks. Yeah, you get everyone clean but then you've got the buildup period to get everyone fit again. And then what happens then if there are Covid cases again? Because this thing isn't going away.

It remains to be seen if the Premier League will issue specific guidance to the clubs themselves, or if they'll make it a public matter.

If Neville were to have his say, he thinks the clubs should "ride through it" because of the protocols that are already in place at clubs:

I think the protocols that clubs are now under, I know that from changes in the EFL this week with Salford ... each player has to travel in their car,  they have to get out of the car they're not allowed into the training ground .. then they obviously have to have the full PPE on ... I think that's the challenge. What does a 10-day break give you that won't then resurface after that in the 10 days after?

Ultimately Neville thinks the "games will continue" but it ultimately depends on what restrictions the government will place on sport in the UK.

A contentious issue to consider is crowds. That's something that's yet to be addressed by Boris Johnson and co and could mean a return to playing in front of no fans.

Whatever the outcome - the Premier League's case-by-case approach appears to have left the situation open to more uncertainty. 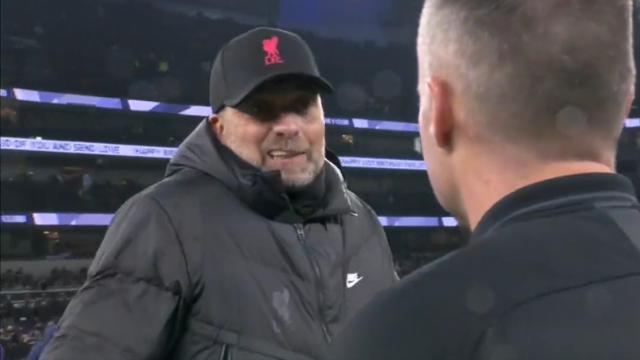